There are no divisions into classes in Cyberpunk 2077, although there are three recommended play styles:

The game, fortunately, doesn't require you to choose a specific style of play. You can easily choose skills from each of the above categories, and mix them.

You can choose only your character's origin which will affect the starting location. Thanks to this solution, you can start the game several times and each time wake up in a different place. The choice of the origin doesn't affect the character statistics, although it may unlock, for example, unique dialog lines during conversations. 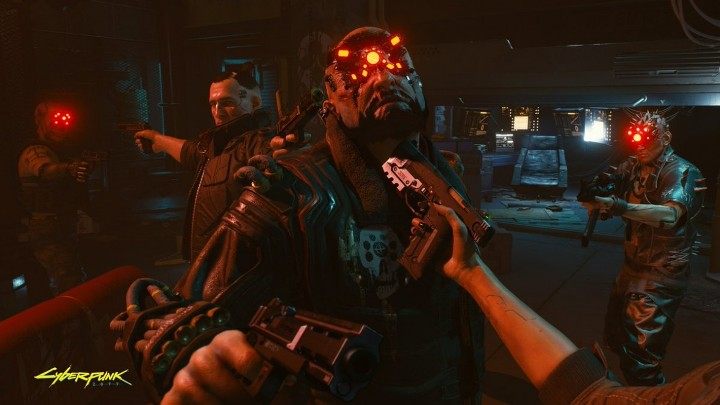 Skills in Cyberpunk 2077 are developed over time by performing the appropriate actions. This means that your character will improve a given skill if they constantly practice. This mechanic is similar to, for example, a very popular RPG - The Elder Scrolls V: Skyrim.

Cyberpunk 2077 won't probably feature the option to reset the skills. However, the game will allow you to expand your knowledge and acquire new specializations while keeping previously mastered skills. 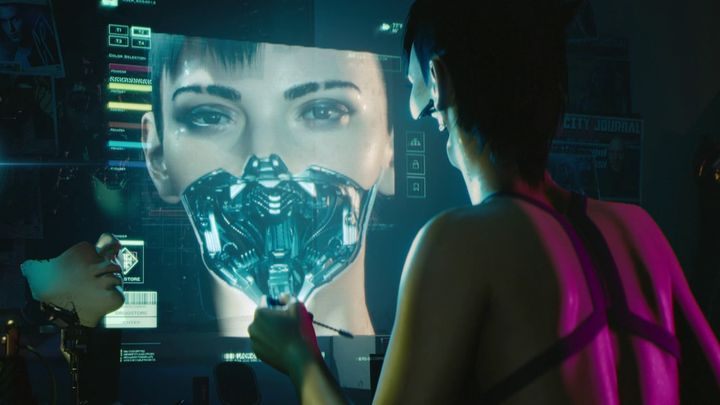 Another way to develop your character is to place implants in your body. These are completely up to you, the game will force you to get only two implants.

Your character can get blades or new eyes (they will see much more than normal eyes). Body modifications are represented in cut-scenes in which we are watching the operation. 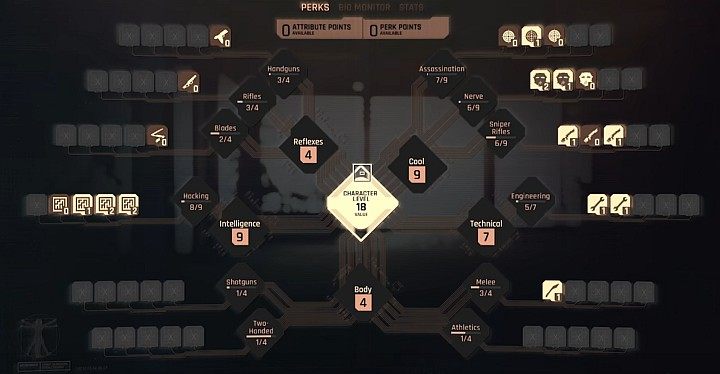 You can improve perks by developing your character - gaining experience levels. 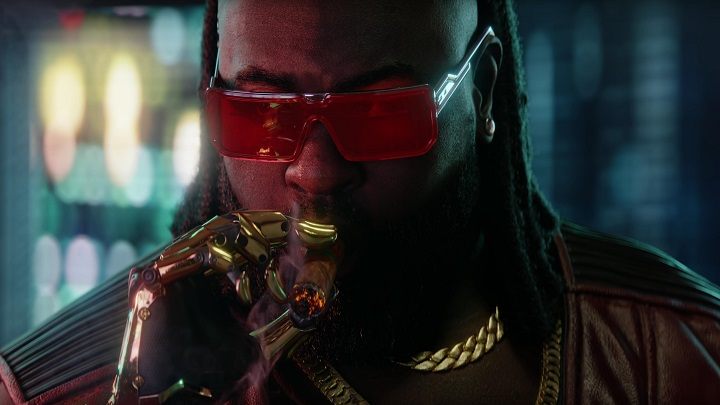 The world of Cyberpunk 2077 is the perfect place for people who love fashion accessories. Each piece of clothing has a separate street cred statistic, which does not affect combat. However, the more you have it, the more reputation you get, e.g. for killing your opponents. The impact of reputation on the gameplay is discussed in detail in a separate chapter of the guide.