This page of the guide contains information about weapons that you can wield against your opponents during crusades. We describe weapon types and their special powers, as well as suggest how to unlock better weapons. 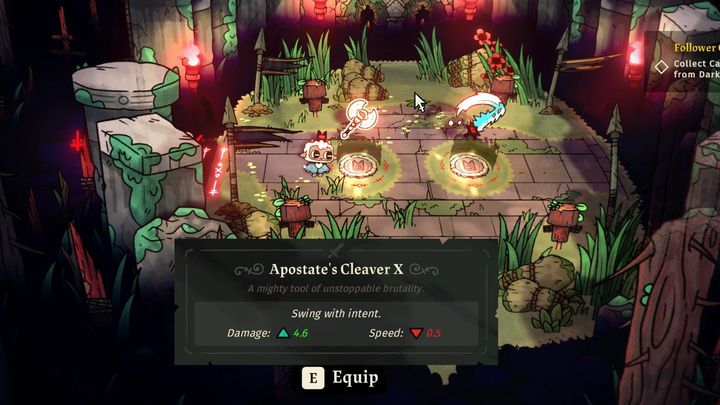 During the game, you will be able to choose from 5 types of weapons that deal different amounts of damage and have various attack speeds. You'll get a random weapon at the beginning of each crusade, but as you explore, if you're lucky, you'll have the chance to buy or receive a different type of weapon.

The available weapon types are: 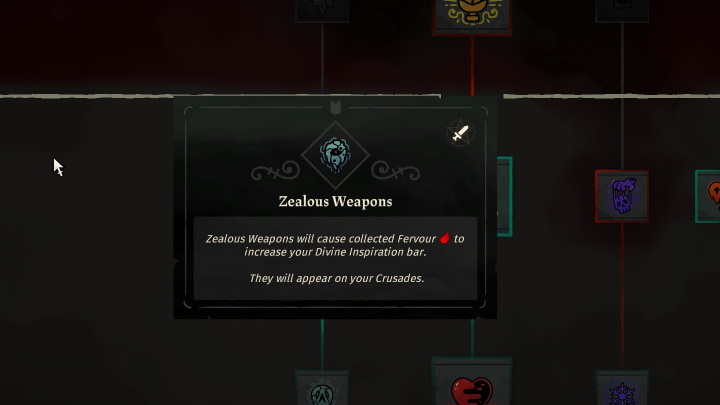 When your character collects a certain amount of Faith points after preaching a Sermon in the Temple, you will be able to unlock new weapon variants that will add new effects to your attacks.

The levels of weapons that appear during the crusades can be increased by purchasing the Might of the Devout upgrades. This can be done in the upgrade screen after leveling up Faith, as well as when unlocking new weapon variants.