The first armored vehicle will appear to your right. Once it's been destroyed, you'll have to focus on eliminating other any enemy units without any interruptions. Otherwise you'll probably die. Start off by disabling a heavy machine gun post which can be found to your left. Sadly, you can't take it out from a larger distance, because trees are blocking your view. 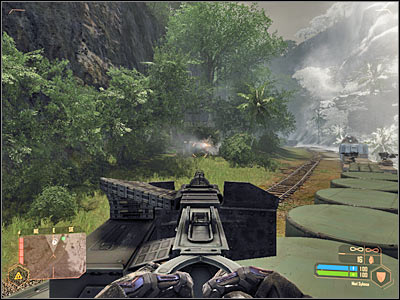 Turn the cannon to your right QUICKLY and dispose of an enemy sniper (screen). It's extremely important that he's killed, because otherwise he wouldn't have any problems inflicting massive injuries to your character. Turn the cannon to your left and kill the gunner from the oncoming train. He must die as soon as possible, preferably before he starts firing at you. 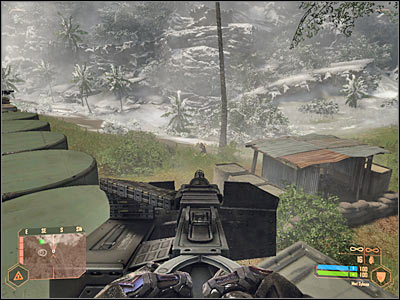 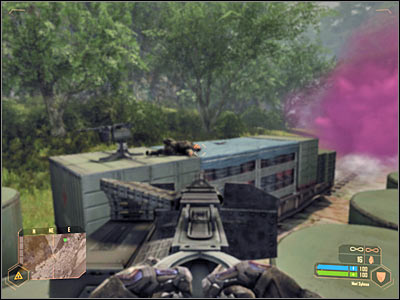 Watch out for a new armored car which will stop near the train tracks. Also, a new convoy is going to appear to your left. Ignore the trucks for the time being and instead focus on a third train. It'll appear to your right and your job will be to take out a few gunners (screen). Once they're gone, switch back to the convoy and start shooting at the moving vehicles. 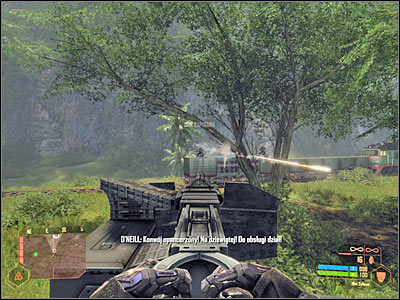 You will have to take down a new enemy gunship in a short while. Wait for the helicopter to hover over the tracks and use the cannon to damage it. There are some Korean soldiers to the right of the entrance to the tunnel (screen). It's extremely important that you eliminate them from a larger distance, because they can injure your character. Ignore an ammo depot, because you will find new supplies when you'll need them. 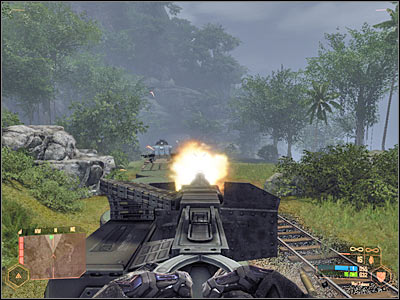 You can feel safe inside the tunnel, however there's a single opponent hidden near the exit (screen). He's carrying a rocket launcher, so it's important to kill him before he fires too many missiles. From now on it should be much safer. You won't be attacked by anyone else, so enjoy the views. Eventually the train will make a second stop and this is when you'll be given a new challenge. 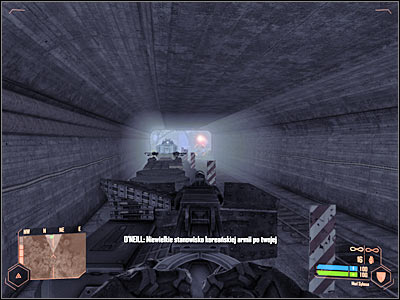