It would be a good idea to disable the second northern machine gun post, because it will allow to swim towards the bar (screen). Obviously must approach it from the north. Notice that two enemy trucks have appeared to the south, however you don't have to worry about that at the moment. Instead, focus on securing the surrounding area. Obviously you should be using camouflage to avoid detection. 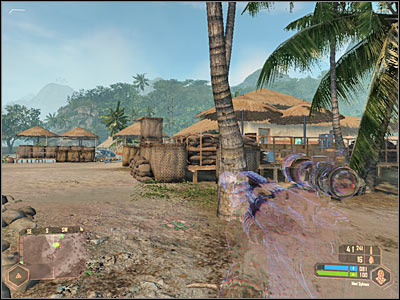 There's a large ammo depot inside the bar and finding it is tied to one of optional objectives of the mission (screen). It's EXTREMELY important that you take a rocket launcher with you, because you're going to need this weapon in a few minutes. Also, take ammunition for your main rifles. Move south and make sure that no one else has appeared near the bar. 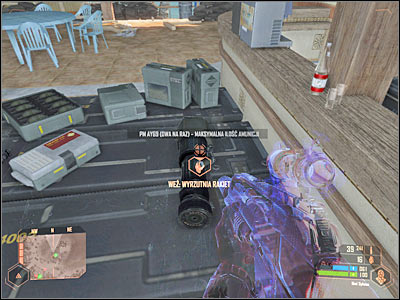 This is where all remaining enemy troops will hide once they've left the trucks. I would recommend that you get to the restaurant without raising any unwanted attention. This means you'll have to activate cloak feature. Also, use some of the nearby objects (screen) to regenerate your armor once it's been depleted. 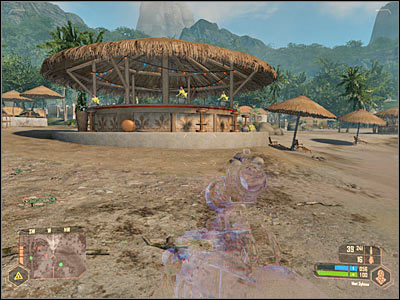 Once you've reached the restaurant, you may as well disable camouflage, because you won't have to stay hidden anymore. Use your guns to get rid of all enemy units. You should be fine as long as you stay away from the northern road. Use your personal map to find enemy troops and make sure to check the first floor of the building (screen). 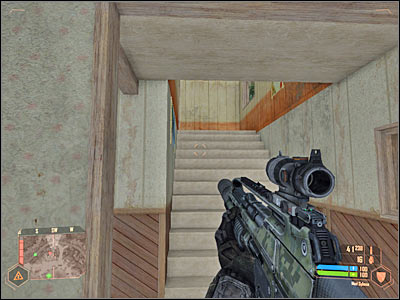 Notice that an armored truck is to the north and that it's patrolling an asphalt road. Your first objective is to get closer to the road and this means you'll have to activate camouflage. Take cover behind a brick wall (screen) or behind a destroyed bus. 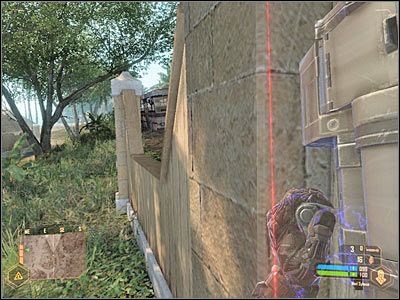 There are several different ways for you to get rid of the vehicle. You can set up a mine on the road, however it would take too much time. Instead, choose a rocket launcher from your inventory and fire at least twice (screen). This should do the trick. 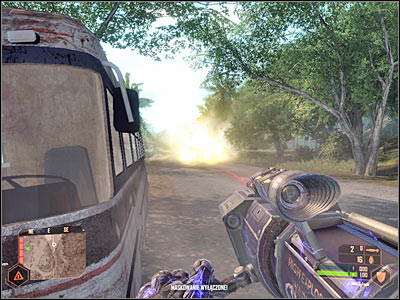 If you've already secured the rest of the base, destroying the vehicle should allow you to end this mission right now. Otherwise you'll have to take some time to explore the area and to get rid of additional enemy troops. Thankfully, you won't have to stay hidden anymore and you can also consider using a humvee for this task. Eventually you'll be rewarded with a new cut-scene (screen). Get ready for the second mission. 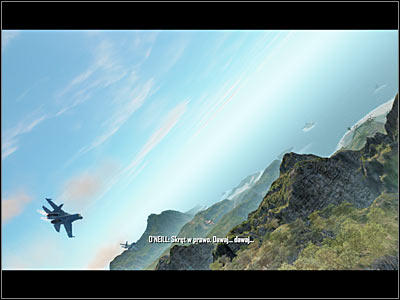