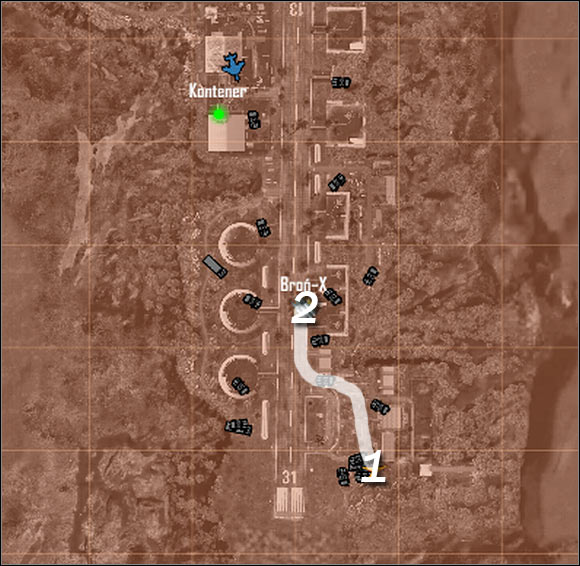 2 - destination (crate with an experimental weapon)

You don't have to wait for this side objective to be displayed on your list of assignments, especially since flying creatures will appear around the tower and they can injure you if you remain here (screen). Obviously you'll want to exit the building, so you must use the stairs again. Save your progress along the way, especially since it's going to get tougher really soon. 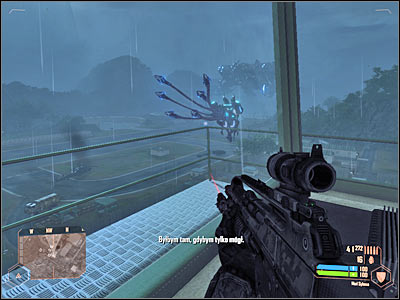 Exit the building via the same route. Your first task here will be to find a new vehicle. There are two large vehicles near the tower, but they're probably damaged by now. As a result, activate maximum speed and start running north. Turn to north-west after reaching a set of buildings (screen) and you should notice an armored truck in the distance. 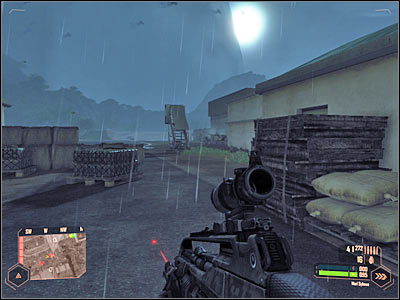 Approach the truck quickly and take a seat inside the vehicle. If you were quick enough, your new truck should be in good state. Start moving towards the wreck of an airplane. Notice enemy creatures along the way (screen). It would be a good idea to fire at them, especially at bigger monsters. The same goes with creatures guarding the plane. 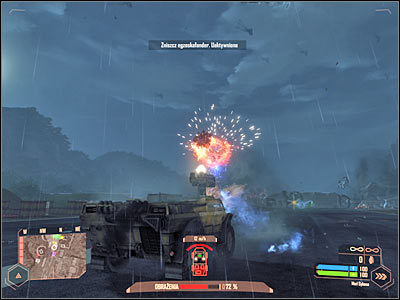 You can keep shooting at the monsters or you can exit the vehicle and proceed towards the wrecked plane. The experimental weapon is hidden inside a large crate (screen). I would recommend exchanging this new gun for your Gauss rifle, because you'll use the machine gun to kill smaller creatures. 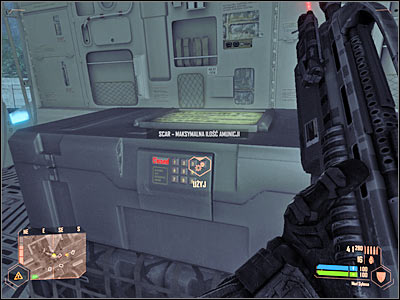