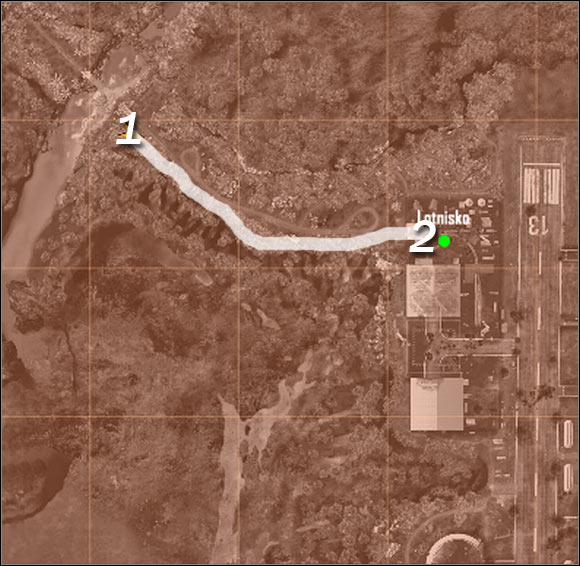 You start the game far away from the airport and you shouldn't be surprised to hear that the main road is being heavily guarded by Korean forces. Just as in previous missions, you should consider staying in the forest area, so you'll be travelling south of the main road (screen). Obviously you should be using camouflage all the time. Don't forget to lay down on the ground from time to time in order to recharge your nanosuit. 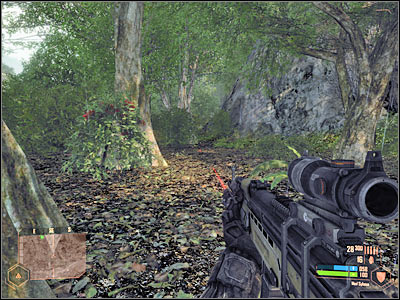 You won't encounter any soldiers right away, however you will eventually get closer to a small hill located near a junction (screen). This area is being defended by 4-6 soldiers and it would be a good idea to avoid them entirely. You could try attacking them (preferably from the east), however this would only be a waste of your precious time. 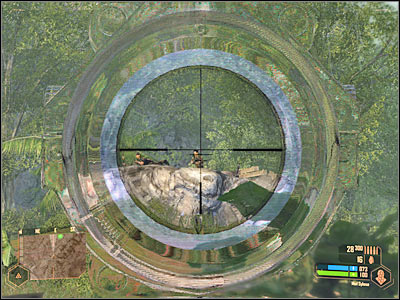 A humvee will appear on the map near your location and this time you should engage it in battle (screen). I would recommend attacking the humvee near a small drop, because it's an area between the hill and the airport. The easiest way to get rid of the humvee would be to use grenades, however you can also focus on killing the gunner with a sniper rifle. 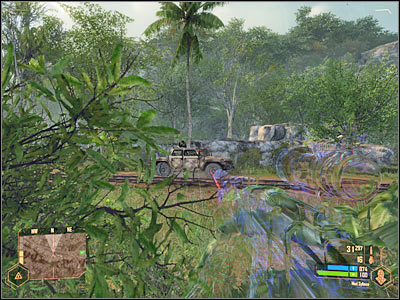 Keep heading east until you see a large wall of the airport in the distance. Use your binoculars and you should notice that the entrance to the airport is being guarded by two heavy machine gun posts. There's also a small minefield to your right. Lay down on the ground between two large boulders and kill an enemy sniper from here (screen). Obviously you should be using a silenced weapon to prevent other Korean soldiers from raising an alarm. It's also important to kill him with only one bullet, so he won't have a chance to dodge your next attacks. 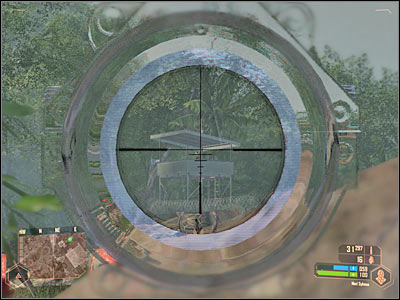 You may finally take care of the heavy machine gun posts and other enemy units who are guarding the entrance. Notice a small opening near the minefield (screen). Head over there to surprise enemy units from the flank. Secure the entire area around the main gate if possible. You won't have to search for supplies, however you would find a lot of mines here. Proceed towards the airport and you'll be rewarded with a new assignment. It would be a good idea to lay down on the ground in the meantime (with camouflage turned on). 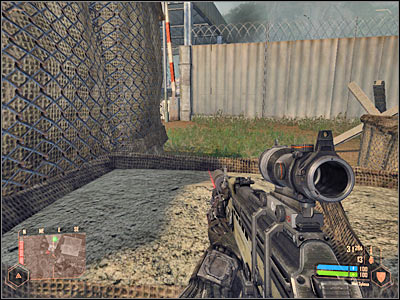