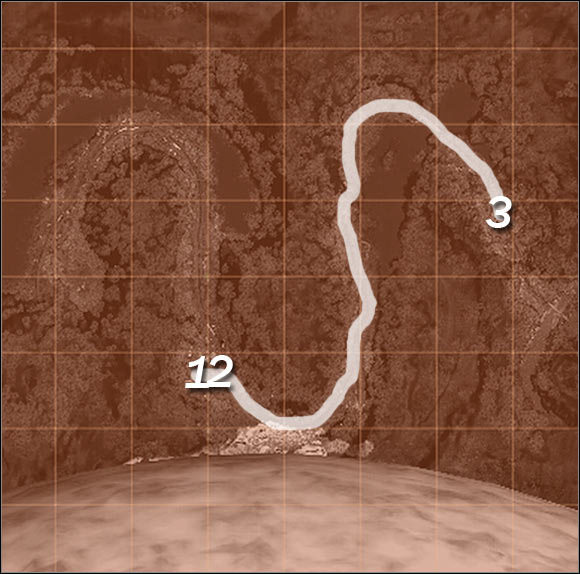 2 - train tracks (you should get on board the train here)

This objective won't appear on your list right away, however you must act quickly. The second you hear radio transmission starting leave the tower and jump down. It would be a good idea to land on top of a small hut (screen), so you won't sustain any injuries. Obviously you must be using maximum strength all the time. 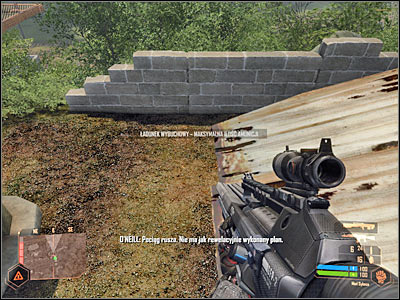 Start moving east (screen). I wouldn't recommend disabling maximum strength, because you'll still need it as your active ability. You must proceed to the ground level. Try finding an area where the jump won't be too big, however it can't take too long, because the train will eventually leave the station. 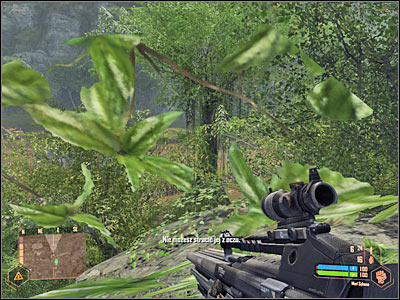 Once you've successfully landed for the second time, activate maximum speed and start running towards the train tracks. If you've started early, you should have plenty of time until the train arrives (screen). Activate maximum strength again and jump on top of one of the carriages. Go back to your cannon before the train reaches a new of the map. 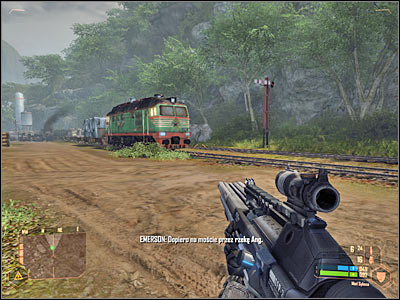 Once again, you'll be dealing with enemy units along the way (screen). I have to warn you - it's going to get more difficult this time. I would recommend that you listen to what your colleague in the VTOL has to say, because he'll tell you where to expect enemy units to show up. 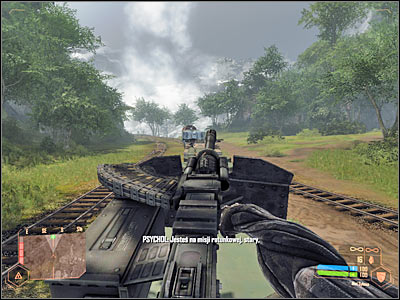