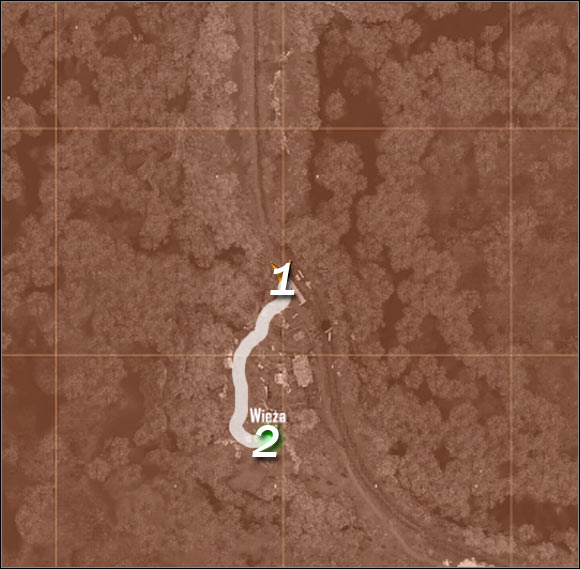 This new assignment won't be added to your list right away. You'll have to make some preparations in the first place. Start off by killing some of the nearby soldiers with your main cannon (screen). Sadly, you can't stay here for too long, because eventually you would have been attacked by a Korean sniper. Jump off the train and activate camouflage at the same time. 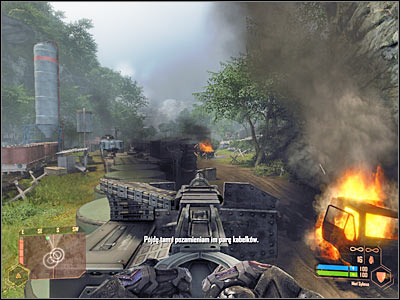 Ignore what your colleague in a VTOL is trying to say, because you don't have to be in a lot of hurry. Make sure that you stay hidden all the time and eliminate only those who stand in your way. It's very important that you avoid unwanted attention, especially since the flying machine will take care of most of the problems. Start moving south-west (screen). 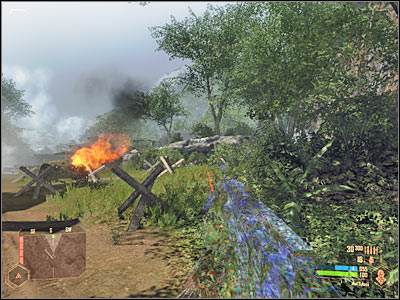 I would recommend that you stay in the forest, near the cliff. This will allow you to get past most of the Korean units safely. You will have to use maximum strength feature from time to time. Start off by jumping towards an upper ledge (screen) and then jump over the brick wall. Hide quickly after reaching a small dirt road. 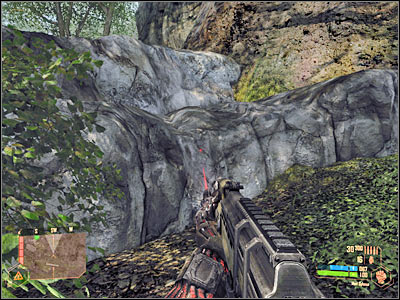 I guess you shouldn't be surprised to hear that Korean soldiers are guarding this area. You can also expect an enemy humvee to arrive. Destroy it yourself (screen) or wait for the pilot of the VTOL to deal with this problem. Keep heading south. Just as before, stay in the forest and keep using your cloaking device. 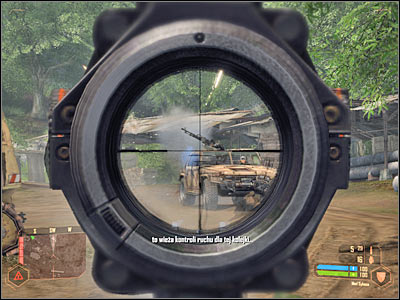 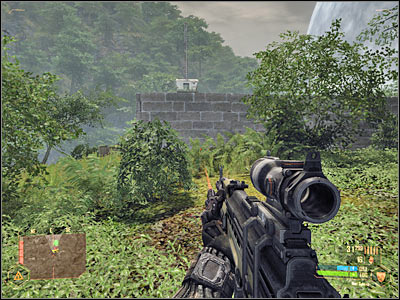 You'll probably want to remain undetected for a few more minutes, because additional enemy units may be hiding inside the camp (screen). Make sure that you've killed all Korean soldiers before moving on. It's important, because you'll expose yourself to enemy fire in a short while. Don't forget to collect ammunition! 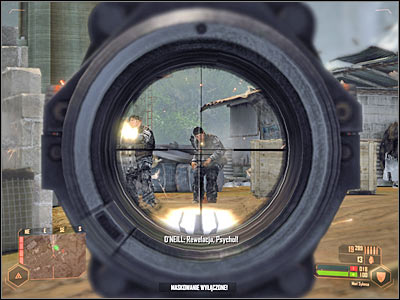 Once you're ready, proceed to the main tower. You shouldn't have any problems finding the ladder (screen). Head on to the middle balcony and save your current progress there. You may continue moving to the top of the tower. Try entering a small control room, but ignore visible equipment entirely. 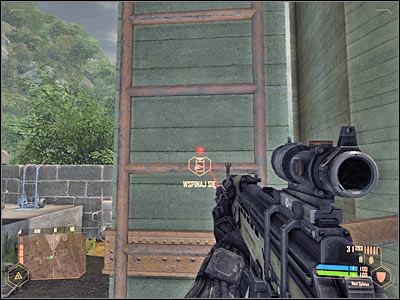