Notice that one of killed soldiers had a rocket launcher with him. Pick it up and start moving forward. You'll be standing inside a partially flooded corridor. Make a stop once you've reached the crossroads (screen). Activate your cloaking device and proceed to your left. Once again, you should use a grenades to kill enemy units. You could also fire a rocket at them, but it shouldn't be necessary. 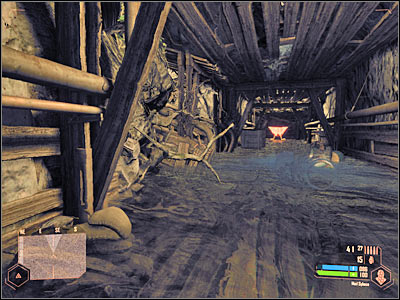 The next group of Korean soldiers is standing to your right, just around the corner. The fastest and the easiest way to kill them would be to blow up a nearby explosive barrel (screen). Approach that location and make sure that no one has survived the explosion. 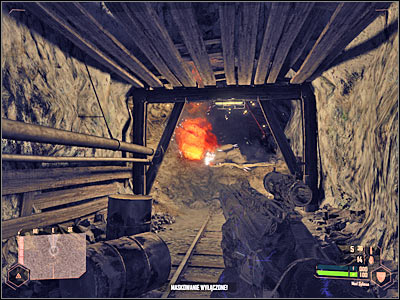 You can use a nearby cannon if you want to. This would allow you to kill some of the nearby alien creatures very easily. You can also avoid them, because they won't pursue you. Start moving upwards, because that's where you'll have to go right now. Make sure that you're using camouflage all the time. 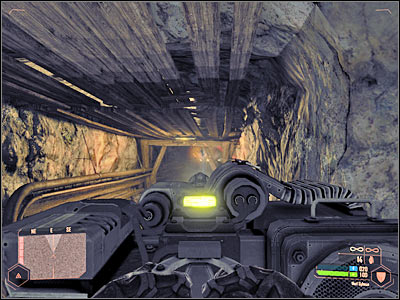 I guess you won't be surprised to find a new outpost in front of you. Thankfully, it's not being guarded by anyone at the moment. Throw a grenade to the left corridor, because two Korean soldiers are patrolling that area (screen). After that, take out the third soldier while tries to get to the cannon. Proceed to your left. 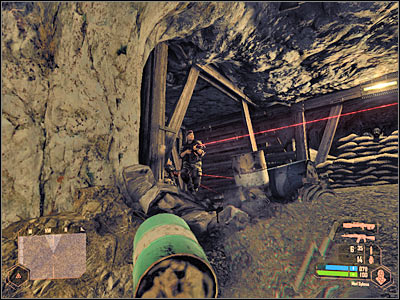 Once again, you will have to perform several tricky jumps. Make sure that you've activated maximum strength feature. Your objective is to get to the upper corridor (screen) and this means you'll have to jump at least twice. Once you're there, make a few steps forward and hide, because more enemy soldiers will appear in front of you. Eliminate them one by one or use some of the carried grenades to dispose of them quickly. 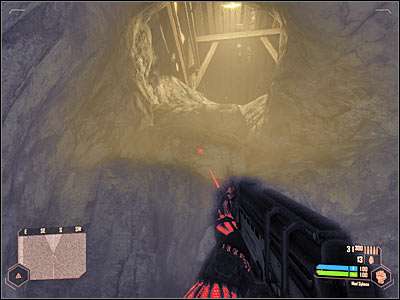 The next group of Korean soldiers is stationed just around the corner, near a buldozer. Just as before, you may choose the approach method. Make sure that you haven't missed a small ammo stash to your right. More enemy soldiers will arrive from the left. Kill them with grenades (screen) and go there now. 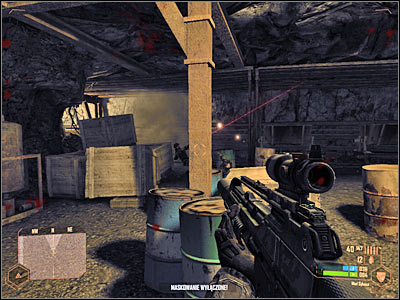 It's extremely important that you activate your cloaking device here, because you're probably going to be surprised by three new soldiers. Thankfully, it's very easy to get rid of them, because they won't arrive as a team. Destroy an explosive barrel to get rid of the second group (screen). Use nearby objects for cover, especially if your position has been compromised. 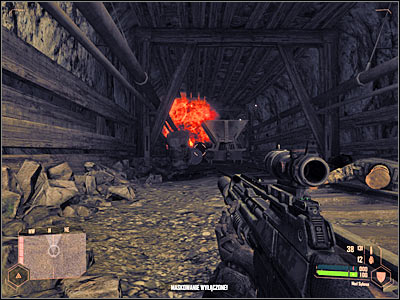 One of the Korean soldiers is hiding just around the corner. It wouldn't be anything important, however he's carrying a Gauss rifle, so you must be careful. Once he's gone, find a new hole and head down (screen). Kill new soldiers there and start MOVING FORWARD. Don't turn around, because the other corridor would lead you back to explored areas. If you don't know whether you're on the right path or not, try going forward until you've reached a checkpoint (autosave). 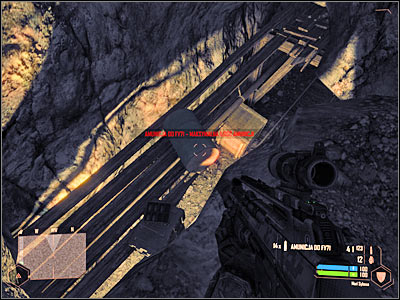