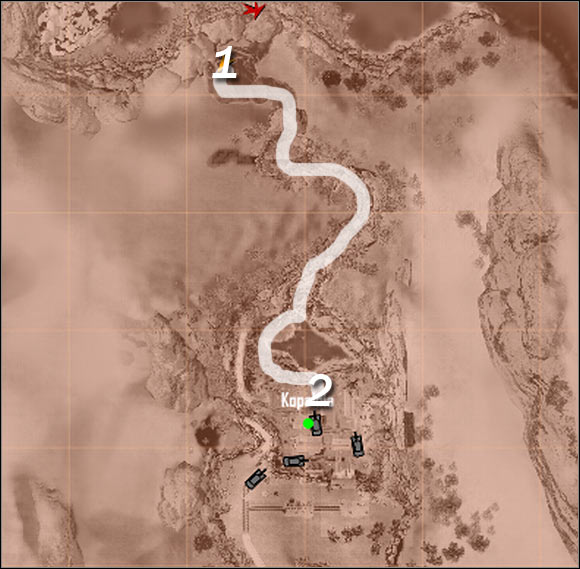 Your first task here is to leave the ice cavern safely. If you've killed all enemy units before, you won't have to worry about encountering any new creatures while exploring the cavern. You will come across a new exosuit which will appear on top of a nearby hill (screen). Thankfully, you don't have to worry about killing the creature. Instead, avoid being hit by a car which is going to be thrown towards you. 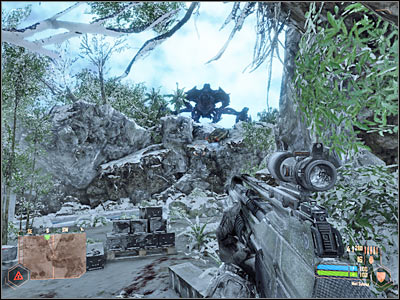 Notice a small hut to your left (screen). This building contains valuable supplies, however it's a trap, because a nanosuit soldier is cloaked nearby. If you try to get closer to the hut, he will use his rocket launcher to blow it up. Get rid of this soldier, preferably with a Gauss rifle, so you won't have to worry about him injuring your character. 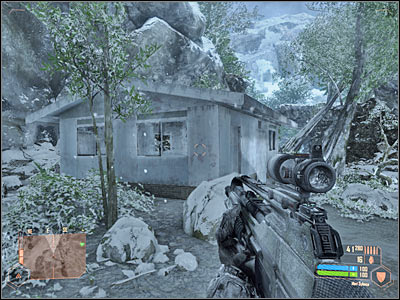 At least two other nanosuit soldiers will arrive from the east. You must get rid of them as well and you should do this before they get a chance to surprise you. Take your time to explore the hut, even if it's destroyed. You should be able to find a rocket launcher here (screen) and obviously you must take it. Start moving east. 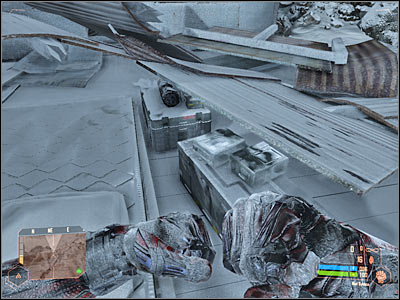 There's only one passageway leading to your current destination and that's a large canyon (screen). Sadly, you will encounter alien creatures along the way and killing them isn't going to be a simple thing. The main reason is that the monsters are very agile and they can also inflict a lot of damage within a short period of time. 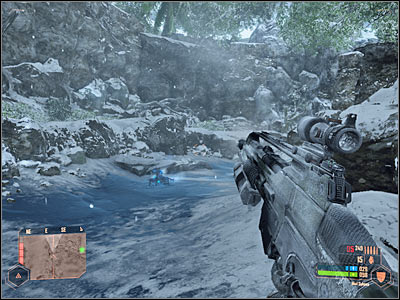 You will soon turn south and it would be a good idea to start climbing here (screen). This will allow you to get a much better view at the surrounding area and you'll be able to kill alien creatures from a larger distance. Keep heading south and eventually you'll get to the mining complex. Wait for two large beings to leave and listen to a radio transmission in the meantime. 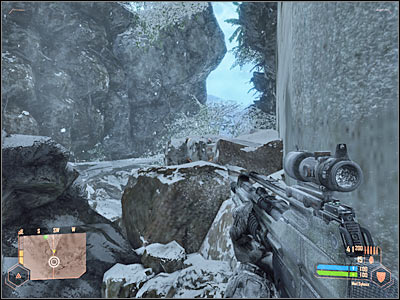 Obviously you must keep moving south to get to the central area of the mining complex. Don't jump down. Instead, look for a safer way (screen). Head on to the concrete wall and find a small opening. Once inside, you'll be presented with two new objectives (primary and optional). 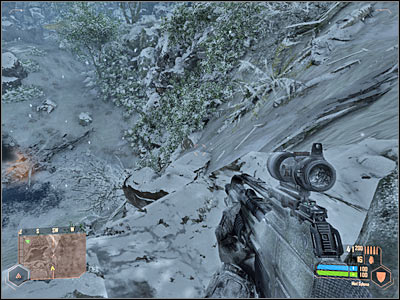