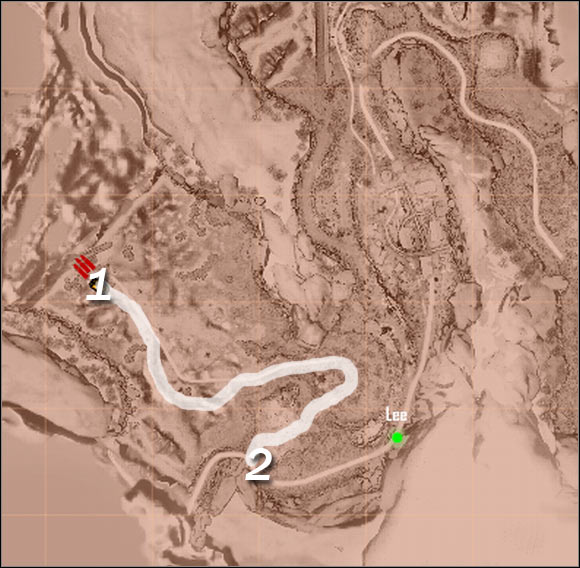 The chase is divided into three segments. Thankfully, you won't have to worry about failing the mission, because the game won't require you to maintain proper distance from Lee. All you have to do is to reach areas where he was last seen. You're going to be attacked by alien creatures along the way and it'll be your main concern to avoid them, because they can kill you within seconds. It's also wise to listen to radio transmission, because you'll receive hints on where to turn and what to avoid. Start off by moving forward (screen). 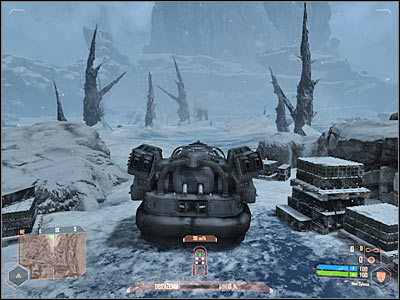 I would recommend that you follow the path from my map, so you won't have any problems reaching your destination. Avoid large spikes coming out of the ground. Thankfully, it shouldn't be too difficult. I assume you'll have more problems with the mines (screen). Obviously you can't touch them. Focus on moving at all costs. Once you've spotted the first alien creature, turn right to get to a frozen lake. 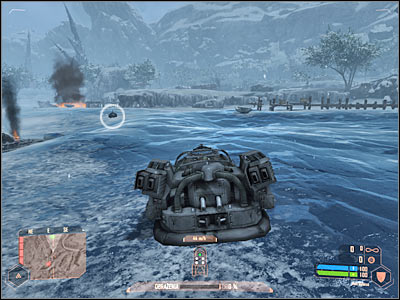 You should be able to leave the ice in a short while. You'll eventually end up driving near the trees. Obviously you can't hit them, but maintaining higher speeds is equally important. Make a sharp right turn (screen) to get to the next area. 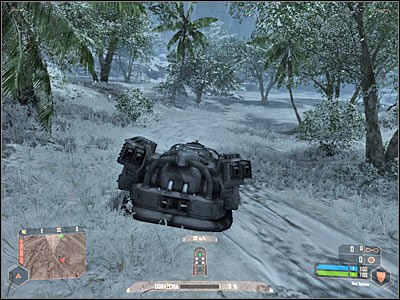 Eventually you should be able to get to a small village. Go through the middle of the village and avoid potential obstacles which you may find there. Once you've reached a new junction (screen), turn left and keep heading towards Lee's last known location. You won't receive an updated task right away, but you can keep heading north in the meantime. You'll have to wait for a radio transmission to end. 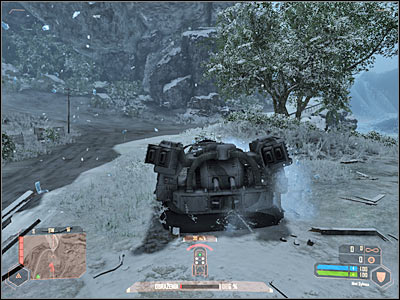