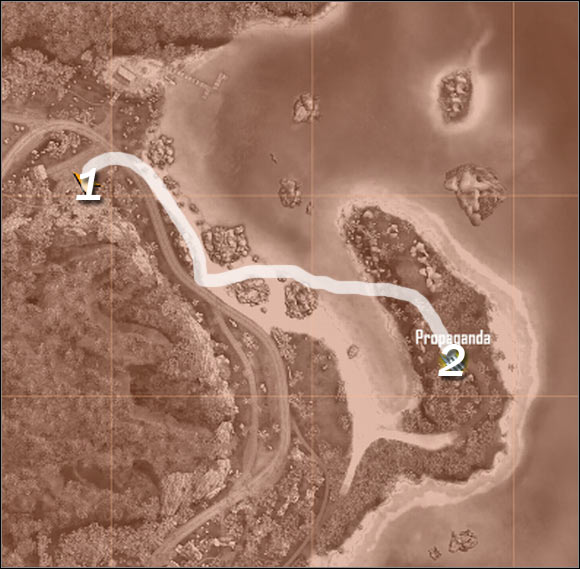 This is also an optional objective. Just as before, I wouldn't recommend ignoring it, because destroying the station is going to be relatively simple and you'll also find a lot of useful equipment near that building. Head on to the asphalt road and start moving south. It's a good idea to drive slowly, so you'll have a lot of time to notice and eliminate enemy troops. Turn left to get to the beach (screen) and destroy an enemy humvee from here. 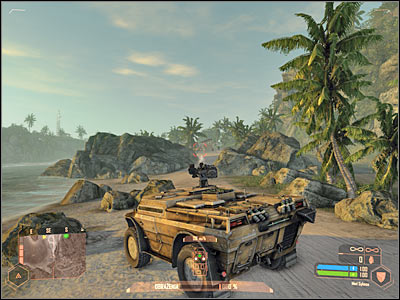 Get to the area where an enemy humvee was stationed. Notice that a second vehicle has appeared to the south of your position (screen). Destroy it as soon as possible. Now you'll have to make a new decision. You can continue moving south, but you would have to destroy an enemy armored vehicle. As a result, it would be better to exit the vehicle and to approach the ocean on foot. 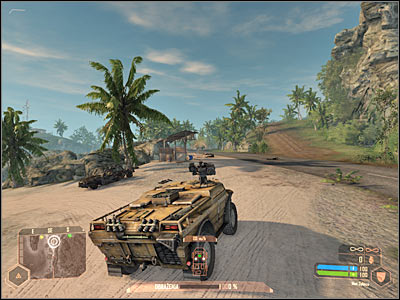 You should currently be standing to the north-west of your target (broadcasting station). Thankfully, the surrounding waters aren't being patrolled by enemy boats, so you may swim to that location without any problems. Once you've reached a shore, try finding a small road which leads to the top of the hill (screen). Activate cloaking device in the meantime, because there are enemy troops in the vicinity. 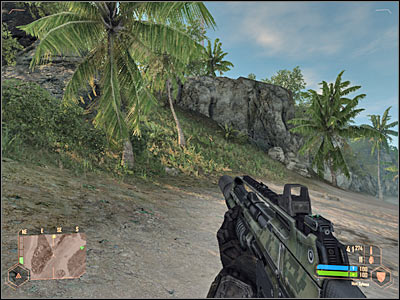 You are getting closer to a large building which is being guarded by at least two Korean soldiers. Thankfully, if you use camouflage wisely, you won't have any problems surprising and eliminating them one by one (screen). Also, even if your position is compromised, you won't have to worry about major reinforcements showing up. Try securing the entire area around the station before proceeding with the current objective. 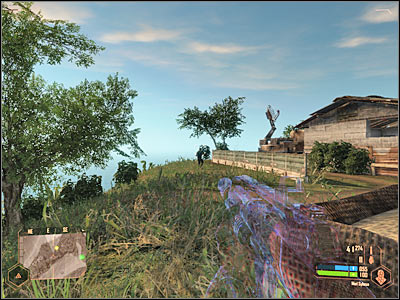 You may finally enter the small building. Notice that a lot of equipment has been stashed here, including an assault scope and FY71 rifles. You should pick up a few grenades as well. Make sure that they're active on your action bar. Use at least one grenade to blow up the transmitter outside the building (screen). The explosion will destroy the station and you'll automatically fulfill this objective. 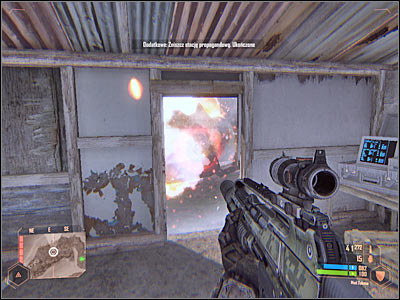