Going back to the flight deck #2 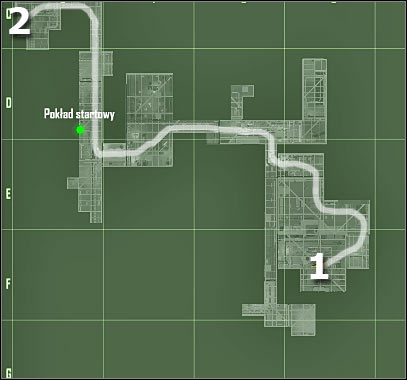 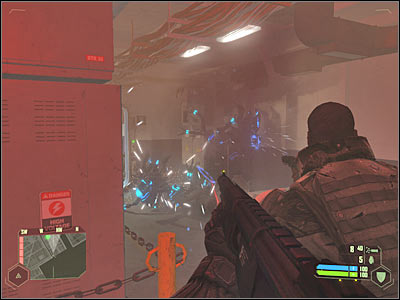 Your only difficulty is going to be a closed door. Once again, you will have to use maximum strength in order to pry it open. You've performed similar actions before, so it shouldn't be a problem. Proceed to the next corridor. 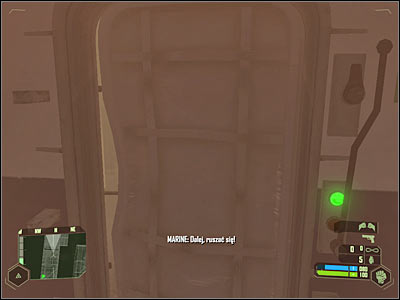 Eventually you will have to get to the stairs. Start moving towards an upper deck. You will encounter a new door here. Punch your way through (screen) with a little help from a maximum strength ability. 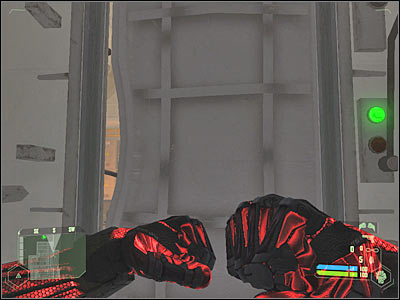 You will probably notice that admiral Morrison is standing here. Sadly, he is going to get stabbed by one of the alien creatures. You couldn't prevent that from happening. Kill the monster and listen to what a dying admiral has to say to you. 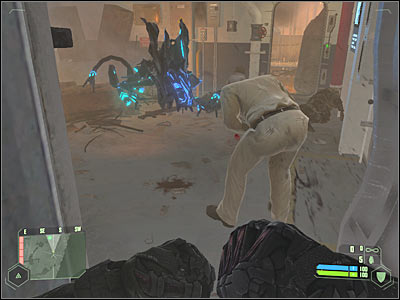 You've got two options here. If you want to pick up some additional ammunition, you should use the nearby stairs in order to get to the upper levels. Eventually you would have to get back here, because you wouldn't be able to find an alternative passageway to your destination. Instead, choose a pathway located near Morrison's body (screen). That's where you'll be given a new challenge. 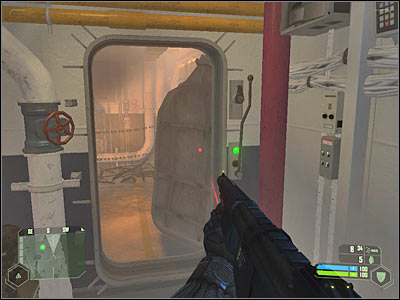