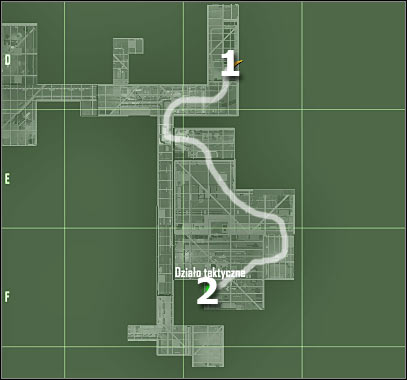 Start off by using your fists to pry open a new door (screen). Obviously you will also have to activate maximum strength function. You'll end up in a well known section of the ship. The main difference is that some of the nearby corridors are being patrolled by alien creatures. You will be killing a lot of them on your way to the target area. 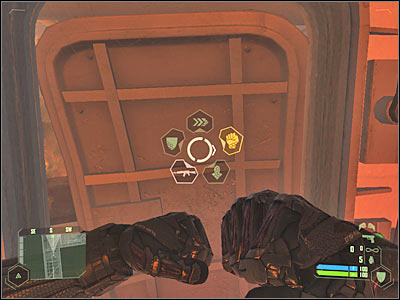 The first group will probably attack you once you've entered the first corridor. Obviously you should be using a shotgun to take down all monsters, mostly because you will be taking part in close encounters. Use my map to find your way into the armory. You will come across several allied soldiers along the way, but you can ignore them. 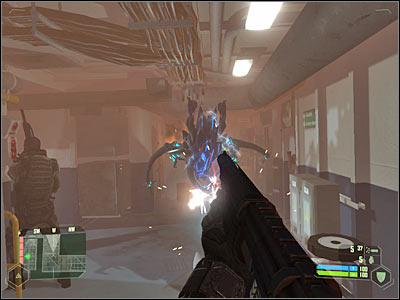 Keep shooting at the monsters. You shouldn't have any problems killing them, especially since other soldiers will help you to defeat them. You will probably find some supplies along the way. Take the ammunition for your shotgun. Head into the armory and pick up a new weapon (screen). You can't use it here, however you won't have to drop any of your currently used guns. Wait for the game to display a new objective on your screen. 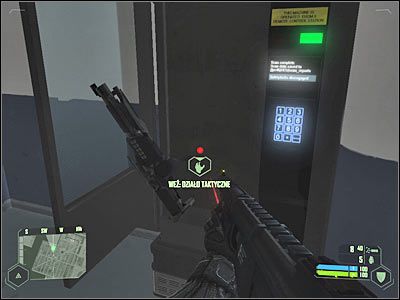