Once you've safely landed, you will find yourself standing on the main deck of an aircraft carrier. You will have to take part in a longer cut-scene. Don't worry, because you won't have to attack the alien creature. Wait for the game to give back full control over Nomad to you. Start moving forward. You won't have to attack anyone, so don't worry that you aren't carrying any guns. 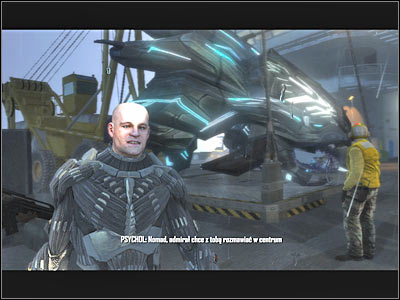 Your first task here will be to follow Psycho to the command center. You won't have to use your map for the time being, because you'll leave the main deck in just a few seconds. Keep heading forward. Thankfully, Psycho isn't going too fast, so you shouldn't lose him. Eventually you will have to use the stairs. 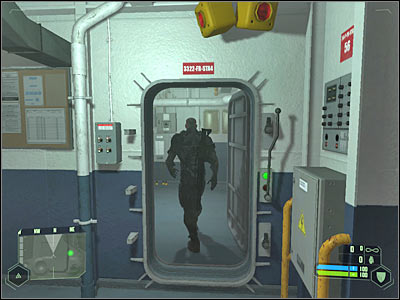 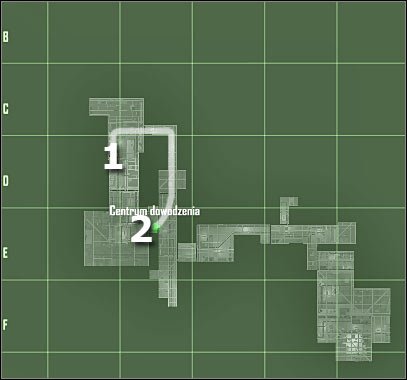 I would recommend that you take a closer look at my map, so you won't get lost. Thankfully, it's only going to take you a few seconds to get to the command centre. You may consider listening to a few interesting conversations along the way. Once you've arrived at your destination, turn right and approach the door. Press the action key in order to open it. You will be rewarded with a new cut-scene here. It's going to be very important, but that shouldn't surprise you. 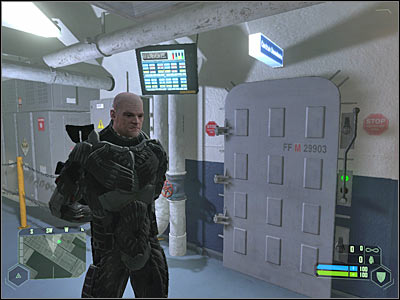 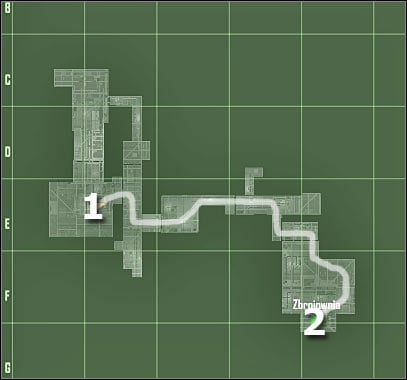 Once again, there's nothing you should be worried about, because your only task here will be to reach the armory. As a result, you will have to go through several corridors and cabins. You will meet a lot of people along the way, but you won't have to talk to them. Enter the armory and listen to a longer conversation. Don't leave this area. Instead, wait for this conversation to end. 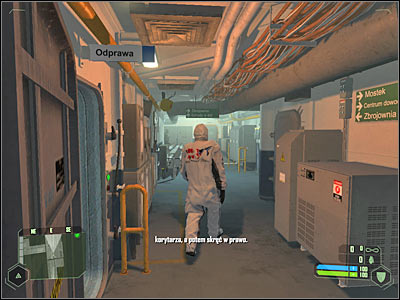 Psycho should stand up, allowing you to use a weird looking chair. Start off by listening to a new conversation. After that, approach the chair and press the action key in order to use it. This is all going to be done automatically. Now you will have to take part in a new cut-scene. You'll only be allowed to look around. You will regain full control over Nomad in about one minute and you'll also be given a new task. 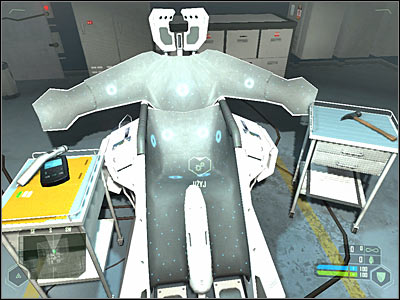