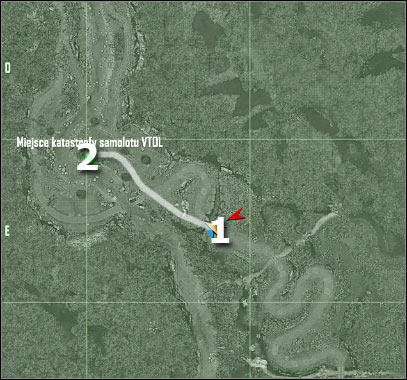 As you've probably noticed by now, your humvee has stopped near a huge abyss. You will have to use maximum speed in order to be able to proceed to a new section of the road. You'll also come across Prophet. Follow him to the crash site. 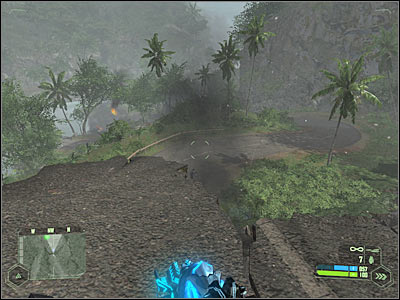 Keep following Prophet. You won't have to use the asphalt road. Instead, turn left. You will have to reach some of the lower ledges, but it shouldn't be a problem. Despite what you might think, you don't have to be in a lot of hurry. 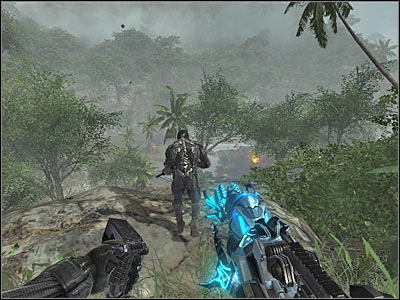 As you've probably noticed, two larger creatures are flying over the crash site. Don't go there. Instead, try and attack them from here. Allow them to get closer and defeat them. Just make sure that you're constantly moving and you should be fine. The road leading to the crash site has been secured, so you may go there now. 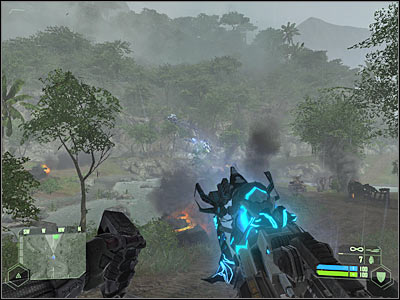 Keep heading towards the crash site. You won't have to approach an allied plane. I would recommend that you stay near the AA unit (screen). Now you will only have to wait for the game to grant you with a new mission objective. 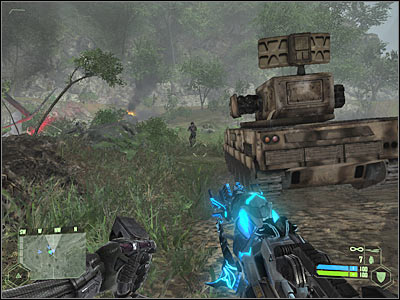