You will have to defend this area against enemy attacks for the next 3-4 minutes. You've probably noticed that there are a lot of interesting objects here. You won't have to take any of them, because you should be using the MOAC rifle all the time. Start off by proceeding somewhere to the west. You should be standing outside, so you'll have a much better view at the surrounding area. 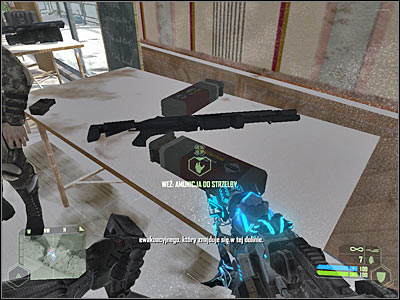 At first you'll only have to kill a few smaller creatures, so you won't have to be extra careful, because they'll die quickly. Just make sure that you're not standing next to them once they're dead. You won't have to worry about your allies. They'll be fine on their own. 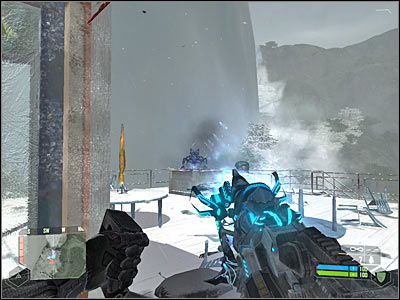 It's going to get more difficult in about one minute. Larger creatures will appear above the outpost. As a result, you will have to focus all of your efforts on taking them down quickly. Don't overheat your weapon, because you'll only lose a few seconds without being able to fight back. Also, you can always hide inside the building, especially if you've suffered major injuries. Keep defending this outpost until you've received a new task. 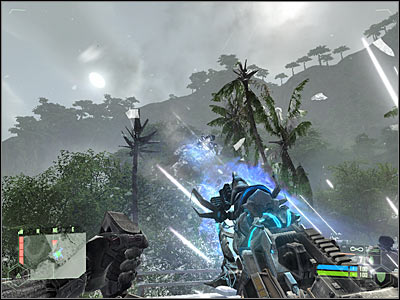 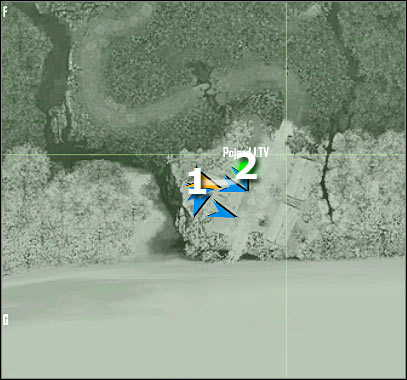 My map will only show you where to find the humvee, because once you're inside it, you won't be able to control it. One of the allied soldiers will take the wheel. Start off by going back to the main road. The vehicle should be parked to your left (screen). Approach it and press the action key. Nomad should automatically step up to the heavy machine gun. 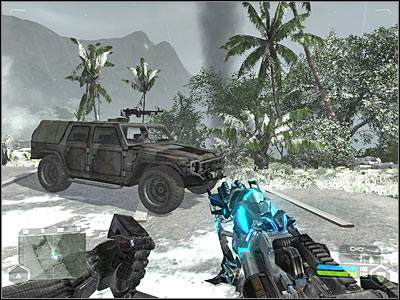 As you've probably suspected, your main objective here will be to defend the humvee against alien attacks. You will have to be very precise here, because the humvee has a weak armor and it could explode if you're not good enough. 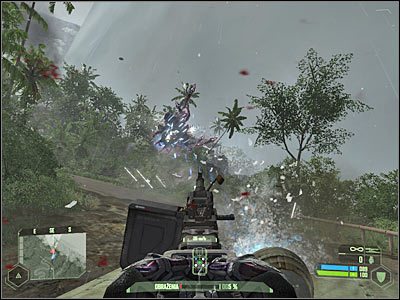 Focus your efforts on destroying aliens creatures. You will have to look around a lot, so you won't be surprised by any of these monsters. You can also use your tactical map in order to find out where they're coming from. Listen to a short transmission once you've dealt with the first wave. This isn't over yet. Keep shooting at the aliens and wait for the humvee to reach its destination. 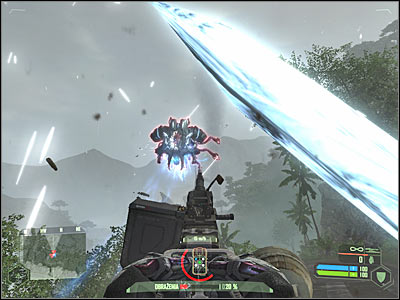 The humvee will have to go through several tight bends very soon and that's where the final phase of this battle will take place. Keep firing at the creatures and prevent them from destroying your vehicle. Leave the humvee once you've reached your destination. You will receive a new task here. 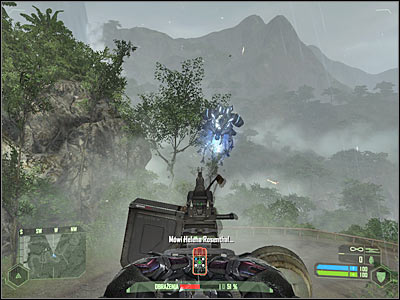