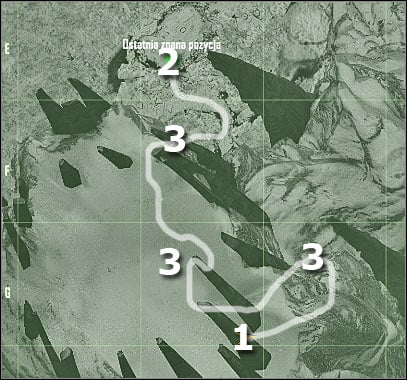 Obviously this mission will begin with a very interesting cut-scene. As you've probably noticed, the surrounding area has changed and you're currently standing on top of a large mountain. Listen to a short conversation. Take your time and look around. You should also notice that if you stay in one place for more than a few seconds, your visor is going to be covered with ice. As a result, you should keep moving in order to sustain maximum field of view. 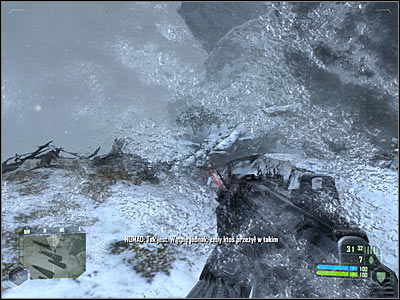 Look at my map, because that's how you'll be able to reach your current destination. Sadly, for the most of the time there's going to be only one pathway leading to the target area. Start off by moving south-east. You won't encounter any alien creatures here, so you won't have to be going slowly. 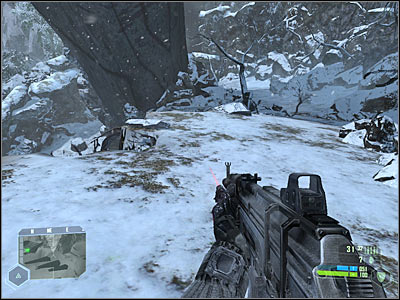 You should be able to reach several destroyed crates at some point of your journey (3 on the map). Make sure you've picked up ammunition for your main weapons (machine gun & shotgun). I would also recommend that you switch the guns often, so you won't run out of ammunition for one of them. 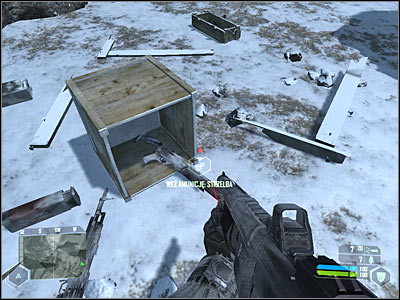 Keep heading towards your current destination. You are going to be attacked by several monsters once you've reached a new area of the map. You must be careful while trying to kill them. They're very agile and they can attack you with icy bullets if you let them. Go back to the ammo crates and wait for them to show up. Use the shotgun to kill all monsters. You won't have to use your cloaking mechanism here. Instead, increase the strength of your armor. Also, make sure to move back from the alien creatures when they die, because they'll explode. 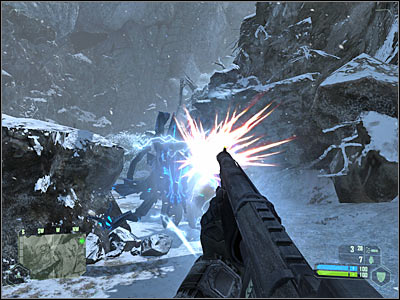 Make sure that you've taken all necessary supplies. Go back to where the alien creatures have appeared for the first time. Thankfully, this time you won't encounter anyone else. Keep heading forward. You'll probably have to kill one monster along the way. You won't have to preserve your ammo, because you'll find more supplies very soon. 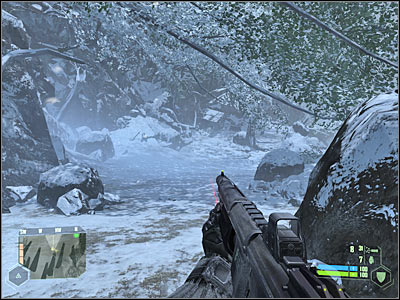 Head on to your right and proceed carefully towards a lower ledge. You've probably noticed before that there's a small hut to your left. You will have to reach it. Make sure that you're standing somewhere near that platform (screen). Use maximum speed and perform a single jump. You can't make a mistake here or you'll die. 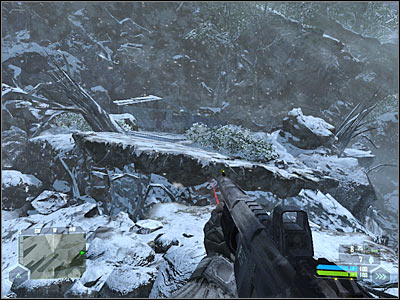