Once you've received updated orders, keep going south, because you'll have to get closer to the train station. As you've probably noticed, an explosion destroyed the train tracks. Sadly, you will have to find a new path. There's a large field to your right (screen). Go there now. Watch out for an allied gunship. Destroy it with your main cannon or wait for one of the allied tanks to deal with this major threat. 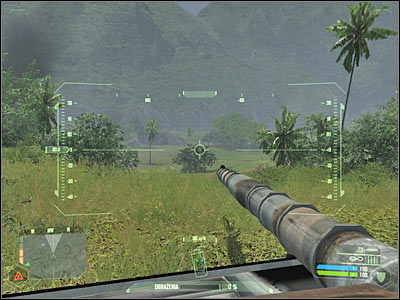 I would recommend that you assist some of the nearby allied tanks in securing this field. It's important, because that's how you'll get to your main goal. Now you will have to go make an important decision. You could proceed towards a nearby hill (screen). This would allow you to use a sniper rifle to take out some of the enemy units. If you don't want to make this approach any easier, proceed towards the main path (4 on the map) right away. 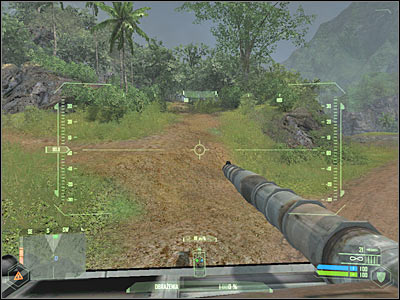 Approach the train station very carefully. As you've probably noticed by now, the entrance is being blocked by the trenches. There's also an enemy tank there. Take it out and move back quickly, before you're going to be attacked by RPG soldiers. 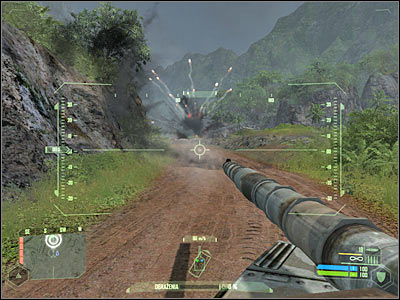 You could also go back to the previous hill in order to take out some of the visible RPG soldiers. If you want to decide on a more dangerous approach, head on to the entrance and start using your main cannon. Allied tanks should also proceed with the assault, so it's going to make your life a lot easier. 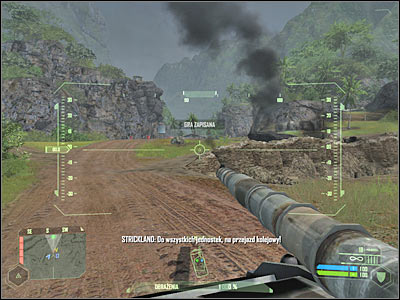 You won't have to worry about soldiers equipped with machine guns, because they aren't a threat of you. Focus all of your efforts on securing two surrounding hill areas. Look at the screen - it's the most dangerous zone. There are a lot of RPG soldiers out there and you have to hunt down and kill all of them. 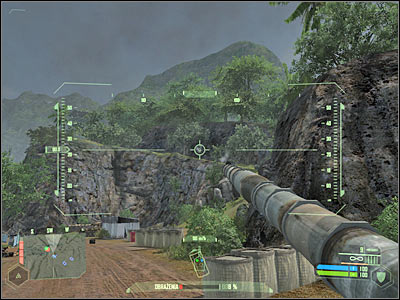 Eventually you will start killing weaker enemies as well, because it will allow you to ensure your victory. You should also consider leaving the tank in order to look around on foot. Collect some of the available ammunition. You can take a peek inside the main building (screen). After that, wait for the commanding officer to grant you with a new task. 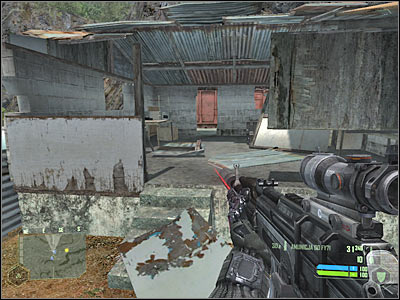