Head on to the south-east. You should be able to find a small armory there. Pick up some of the available weapons. There's also a second armory near the northern wall of this warehouse. Keep shooting at the enemy soldiers. Some of them will try to enter this area and you must kill them as soon as possible. Use the shotgun for close encounters. 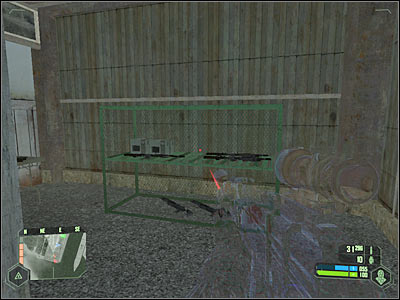 Once you've secured the warehouse, head on towards the eastern exit (screen). As you've probably noticed, an allied sniper has already killed a lot of enemy units. Thanks to his help, you won't have to kill everyone on your own. Try taking out several enemy soldiers from here. They'll be disoriented, so you shouldn't have any problems eliminating them. 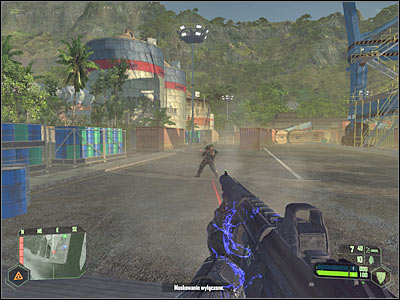 Now you should consider moving towards your current target. I would recommend staying near the northern wall of the harbor section (screen). This will allow you to avoid some of the enemy soldiers and your sniper will kill them in the meantime. 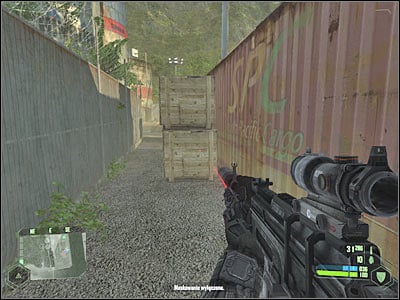 You should try and secure this section of the harbor. Your priority here will be to eliminate an enemy gunner. He will be standing on a roof of one of the nearby buildings (screen). Once he's gone, deal with the rest of the enemy soldiers. Start moving towards the AA unit (CAREFULLY!). 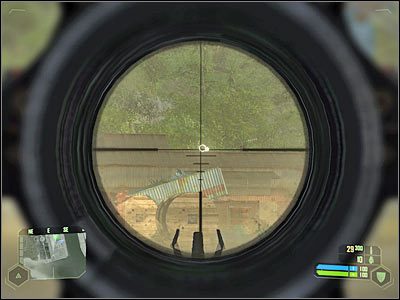 You will have to go to large containers. It's a good idea to use them for much needed cover. You have to choose here on how to proceed - you can try and place a C4 charge on the gun or you can destroy it from a distance with a little help of a rocket launcher. Either way, you have to neutralize this threat. Wait for the game to reward you with a new mission objective. 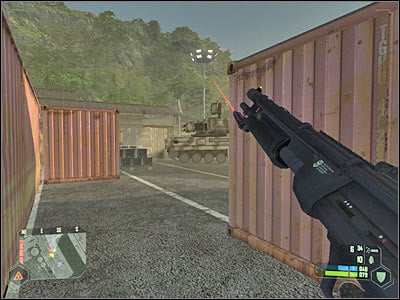