I wouldn't recommend looking for other passageways. We'll perform a single jump here, however you must activate maximum speed or maximum strength, so you won't hit any of the surrounding objects. If you've done everything according to the plan, you'll end up in the water. Go back to the surface and start swimming south. It would be a good idea to head on to a nearby beach as soon as possible. 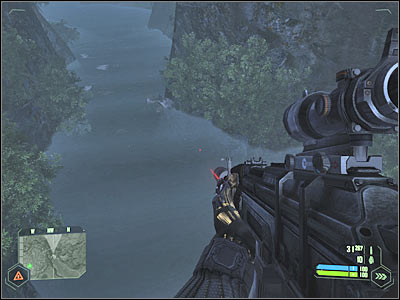 Hide somewhere near the trees and activate your cloaking device. An enemy gunship should arrive here. You've ignored helicopters before, but I'd strongly recommend destroying this one. Make sure that you're cloaked. Choose a rocket launcher from your inventory. Wait for the helicopter to get closer. Fire 2-3 missiles at it and it'll explode (screen). 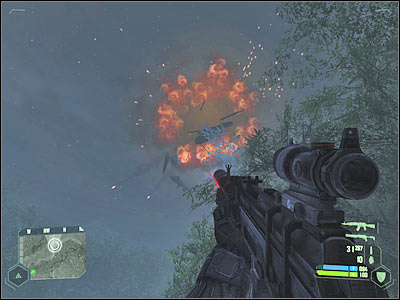 Go back to the river and start swimming towards your current destination. You will be moving south-west. Sadly, you will come across a massive blockade in about 15-20 seconds (screen). I wouldn't recommend attacking some of the visible enemy soldiers. Instead, head on to your right (west). There's a large hill here. 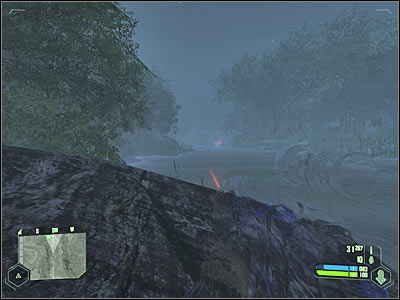 You should be moving near the western edge of this map, so you won't have any problems avoiding Korean soldiers. Thankfully, due to the fact that it's dark, you won't have to worry about them seeing you. Keep heading towards your current goal area. Use my map if you're having some difficulties finding a correct route. 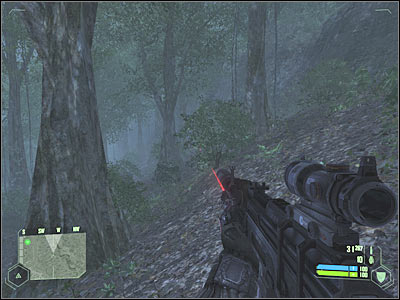 Eventually you should come across a larger asphalt road. Be careful. I had to avoid an enemy humvee here. If you see a vehicle coming your way, activate camouflage and allow it to get past you. Don't attack the vehicle, because it would be too risky. Start moving south. You shouldn't encounter any soldiers for the time being, however you don't have to be in a lot of hurry. 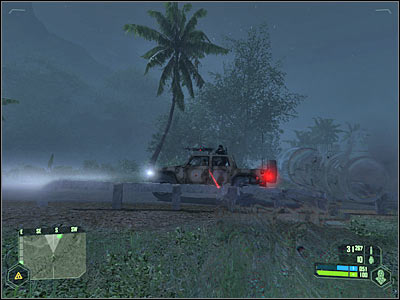 You will come across a new enemy checkpoint in a few minutes (screen). This is the only threat separating you from the extraction zone. Use your scope and start shooting at enemy soldiers. There should be a large distance separating you from each other, so they'll be helpless to your attacks. Try and kill most of them. We'll deal with the rest (not more than two) in just a second. 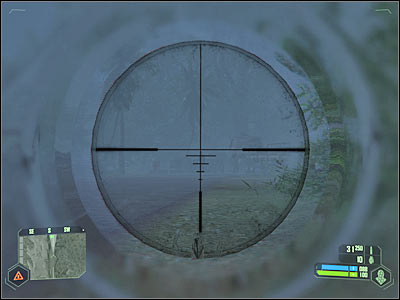 Start moving towards the blockade. Obviously you must be very careful here. Use your shotgun to deal with remaining enemy units. Take your time here. Pick up a rocket launcher and the ammunition for your weapons. You will also find a couple of grenades, however you won't have to take them. 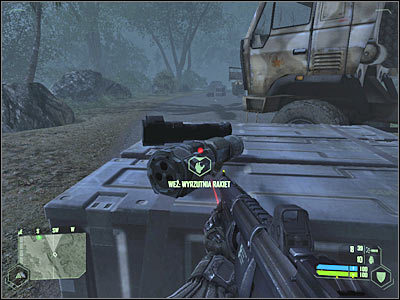 There's only one road leading to your goal area. The extraction zone can be found nearby, however you should consider using one of the available vehicles to get there. You will receive your final task once you're close enough to the extraction point. 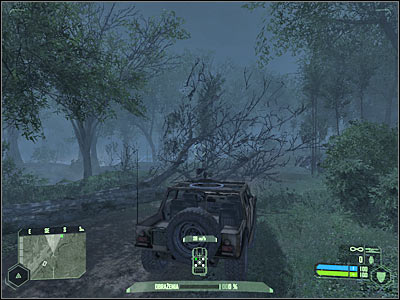