Reaching an enemy base 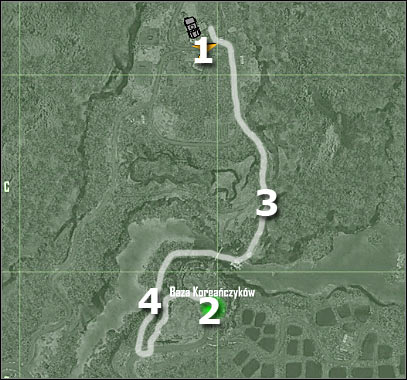 4 - pathway leading to a nearby hill

As you've probably noticed by now, it's going to take you at least 10-15 minutes to reach an enemy base. I would recommend going there undetected, so you won't have to deal with an enemy gunship. Start off by stealing a car. Look at my map and use the same road. You will have to turn left at some point (screen). 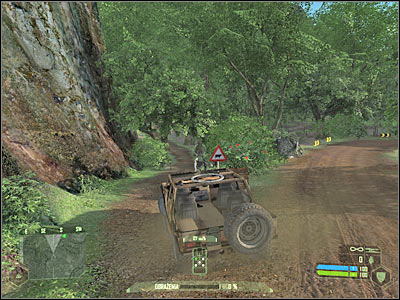 You will probably encounter a small patrol along the way. Killing the soldiers is going to be very simple. Just make sure that no one uses a flare to alarm the main camp. Leave the vehicle and go to your left. You should be using your cloaking device here. Keep heading forward. You should also listen to what one of your colleagues has to say. 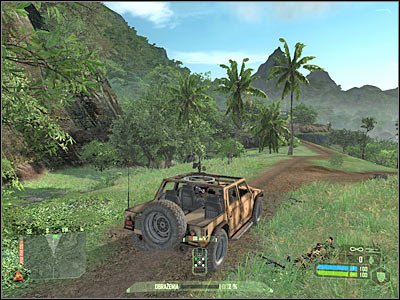 You will probably notice a machine gun nest to your right. DON'T attack the gunner. Instead, keep moving forward. You should be able to approach a large waterfall very soon. Slide down carefully, so you'll end up near the water. Make sure that no one saw you. 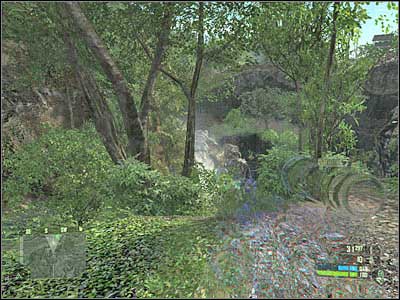 Now you must start swimming forward. Make sure that you're close enough to the left hill. You will probably hear a sound of an incoming helicopter. I wouldn't recommend trying to destroy it, because you'll need the rocket launcher for later. Instead, swim towards the shore. Make sure that you've activated your cloaking device, so you won't be seen by the crew of the helicopter. Keep heading towards an enemy base (use my map for directions). 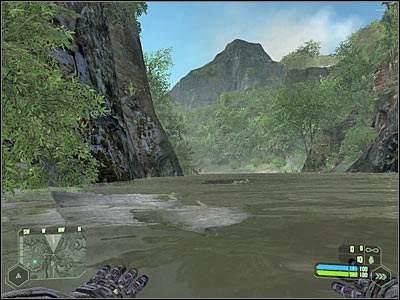 If you've followed my instructions, you should come across a small path leading to the top of this hill (4 on the map). I had to deal with two enemy soldiers there. Killing them was very easy. Once you've secured this passageway, head on to your destination. Once again, you should be using camouflage, so you won't be seen by anyone. 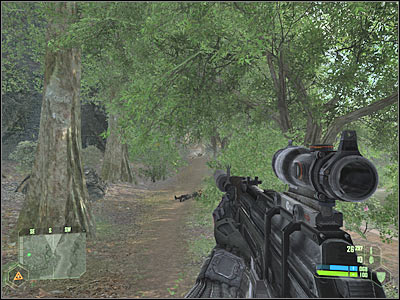