Meeting up with Prophet 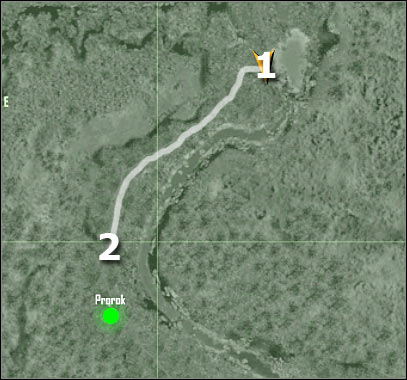 This time it's going to be a little more difficult, however you should still be fine and you won't come across any major obstacles on your way to the meeting area. You'll start near the waterfall. Turn right and make a few steps forward. There are some upper platforms to your left. Use maximum strength to reach them. 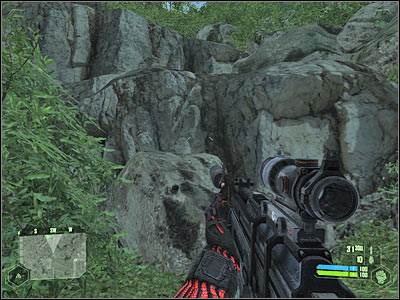 Now you will have to start moving south-west. You'll be going through a jungle, so you must be careful, because it won't be easy to locate enemy troops. You'll come across at least one larger patrol along the way. You have two choices - you can either avoid enemy soldiers or you can try and engage them. Use the shotgun if you plan on killing them. 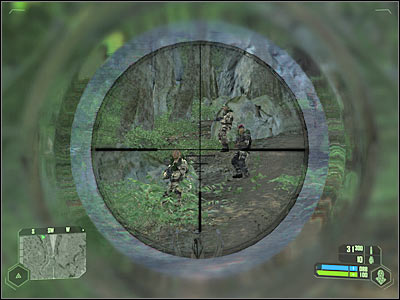 Watch out for enemy snipers. They will be standing to your left, near the river. Don't expose yourself too much while going through the jungle, because you would be an easy target for them. Remember that you don't have to be in a lot of hurry. You will receive an updated task once you're close enough to the original meeting area. 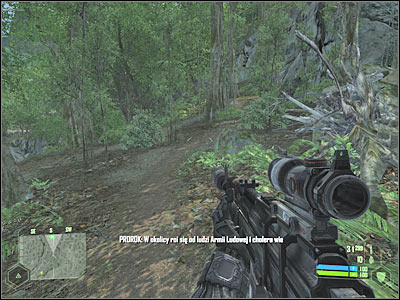 Getting closer to the cave system 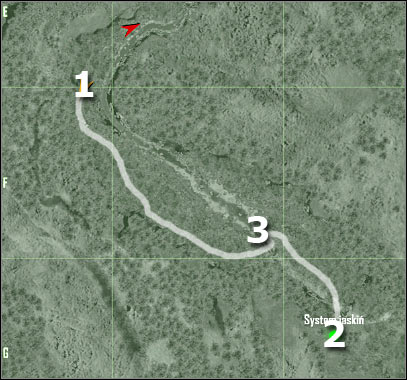 Nothing will change here. You'll still be going through the jungle. Your new target is also to the south. Make sure to avoid enemy patrols and snipers along the way. I wouldn't recommend moving too close to the river bank. Use your cloaking device as often as possible. Choose a sniper rifle if you really have to kill something on your way to the target area. 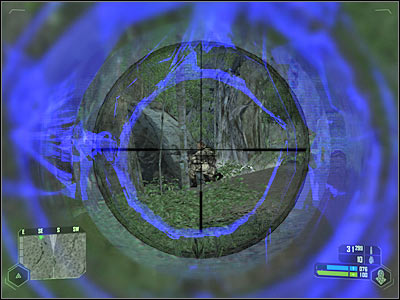 You will probably encounter a mutilated body along the way. You might as well ignore it. Be careful here, because a very large enemy patrol is heading your way. You could try and exterminate all enemy units (screen), however waiting for them to leave seems like a better idea. Keep heading towards your current destination. 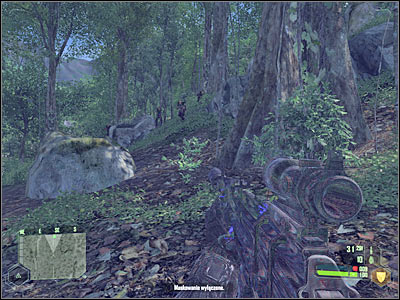 You should be able to get closer to a waterfall. Enemy snipers are standing to your left. I wouldn't recommend attacking them, especially since they can't see you. Approach the waterfall and slide down carefully. Don't worry. You shouldn't lose any health points here. 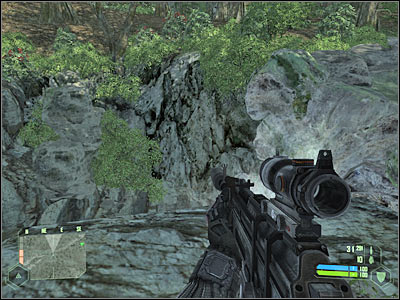 There's a small ledge in front of you. Use maximum strength in order to reach it (screen). Once you're there, turn left and perform a jump towards a second ledge. This should allow you to reach the highest level. Turn on your cloaking device or activate maximum speed. Head on south, because that's where you'll have to team up with Prophet. 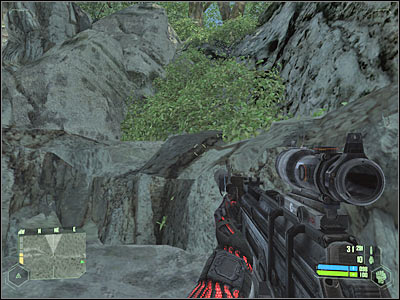 You probably won't encounter any additional units along the way, so you may consider speeding up a little. You will have to find Prophet. He is standing next to a second waterfall. Listen to what he has to say to you. Once this is done, head on to the entrance to the cave system. Wait for the game to begin loading a new mission. 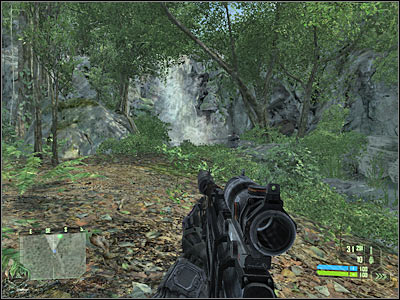