You won't have to use my map here, because you will know where the tanks are. I assume you have a rocket launcher at your disposal. You were able to pick it up while trying to fulfill one of the previous objectives of the mission (Accessing Korean data network). Proceed to the roof as soon as possible. Choose a rocket launcher from your inventory. Focus your attention on the northern tank, because it'll stop closer to the school. 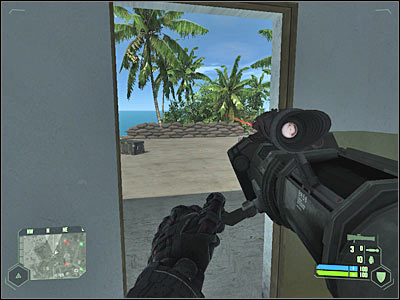 You should consider hiding near one of the sandbags. Wait for the tank to stop and fire at least two missiles at it. This should be more than enough to destroy it. You may also fire a third missile at something, because you'll have to pick up a new weapon to take out the second tank. 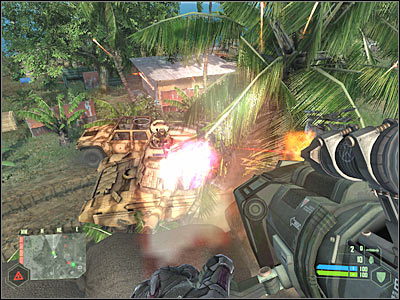 Go back to the ground floor of the school. Don't exit this building and don't expose yourself to enemy fire. Otherwise you could easily die. You will have to go to one of the smaller rooms (screen). You'll find a large armory inside. Pick up one of the available rocket launchers and exit the building. Start moving south, because that's where you'll find the second tank. 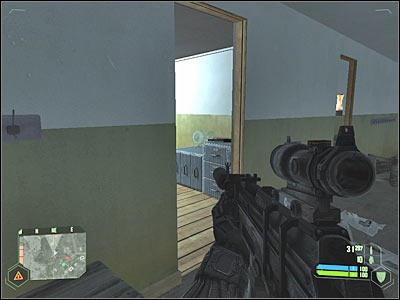 You could also take a rocket launcher from a nearby gas station which is located closer to the tank. You would have to get there in the first place. You also have to activate your cloaking device once you're close enough to the gas station, so you won't attract any attention. Proceed towards a small room. You may enter it from the front or from the back. Just make sure that you aren't seen by the crew of the tank, because the explosion of the gas station would have probably killed you. 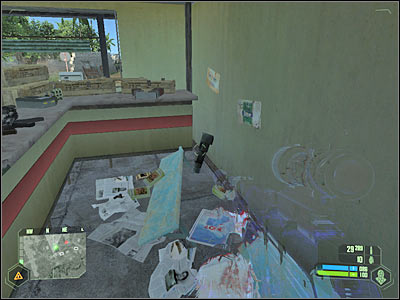 It doesn't really matter where you'll collect the second rocket launcher. Head on towards the tank. You must be extremely careful here. Use the rocket launcher to take out the tank (fire all three missiles just to be sure). Now you will have to wait for a new order to be displayed on your HUD. 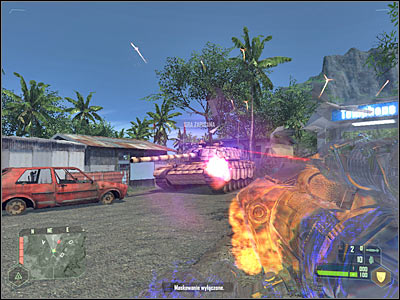 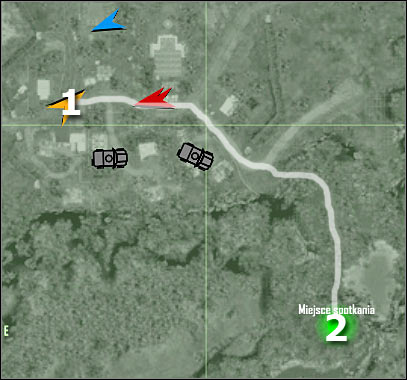 You shouldn't have any problems with this particular mission objective, especially if you have managed to secure the village during some of the previous fights. Start off by finding a vehicle. It doesn't really matter what it is. Use the vehicle to reach your new destination. You will be moving to the south-east. 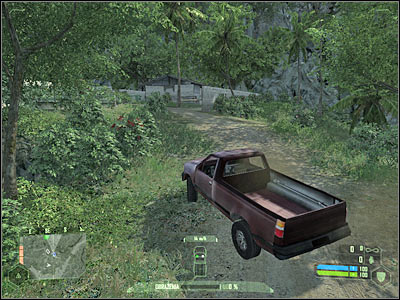 Stop the vehicle once you're close enough to a larger hill. Exit the car and start moving upwards. You won't encounter any enemy units here. Keep moving south. You will have to approach a large waterfall in order to receive a new task from Prophet. 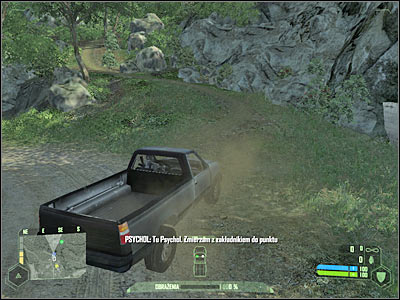