You won't have to use your strategical map here, because your objective can be found inside this building. You will have to approach one of the computers. Once this is done, press the action key in order to upload data (screen). It's going to take a while, so be patient. Exit the building and go back to your previous assignment. 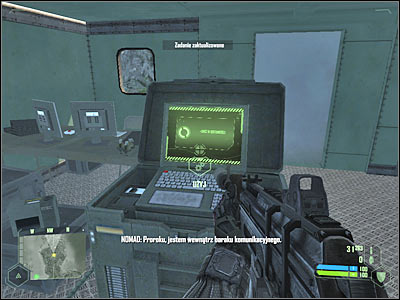 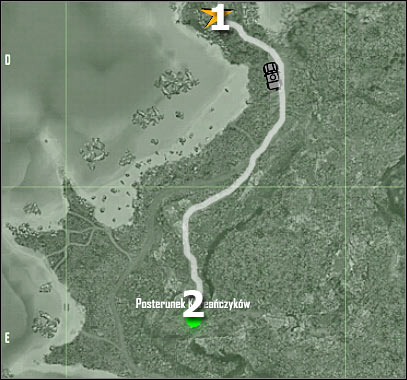 Your first task here will be to leave this area, because you won't have to inspect the headquarters any further. There are some vehicles parked nearby. Steal one of the pick up trucks and head back the same way you came before. Eventually you'll have to go back to one of the previously explored encampments. Leave the car once you're close enough to a small junction (screen). 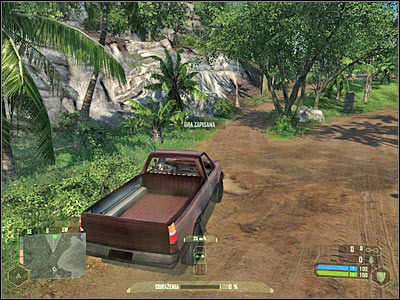 You've been to this campsite before, but now it's probably guarded by a new group of Korean soldiers. You could try and avoiding them, however it would be better to kill them. Use camouflage here. Once they're gone, head on towards a new road (screen). 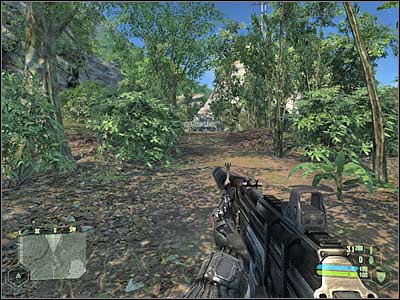 You're getting closer to a large hill. It's being heavily guarded, so you must be careful. Try hiding behind some of the nearby rocks. Obviously you should be using a cloaking device here, so you don't end up being attacked by several soldiers at the same time. 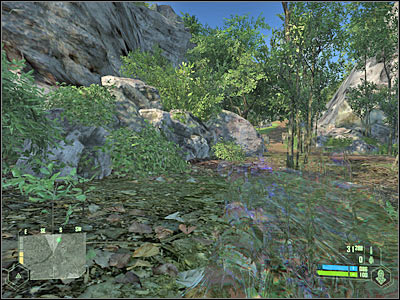 This isn't over yet. Try moving closer to the barricade. There are some large objects to your left and it would be a good idea to use them for cover. Make sure you're using camouflage here, so you won't raise any suspicion. Now you must neutralize this blockade. Start off by killing the gunner. Once he's gone, deal with the remaining enemy units. 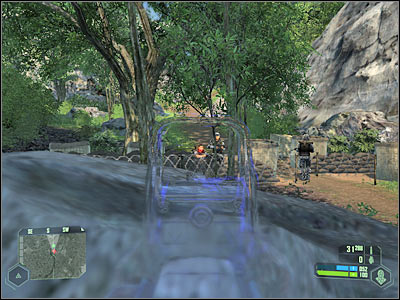 You should be using a rifle with a silencer attached to it during these fights and if you're lucky, you won't attract the attention of other enemy soldiers. If you want a more direct approach, consider using some of the carried frag grenades. You could also move closer to the blockade and take down enemy units with a shotgun. Head on to a secured barricade. 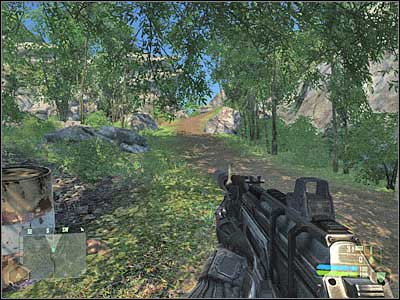