You don't have any maps at your disposal, however it's not a serious problem, because there's only one passageway leading to your current destination. Additionally, you won't have to travel far in order to reach the camp. Start off by moving forward. Eventually you will reach a much larger area (screen). Take your time and look around. 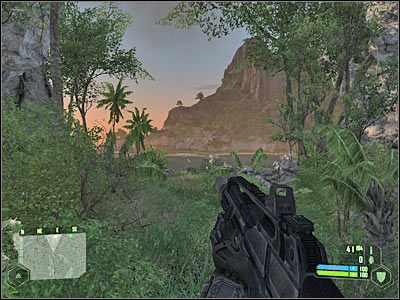 You should be crouching here, so you won't raise any alarms. Your objective can be found in front of you. As for the enemy soldiers, there's going to be at least three of them. The first soldier is guarding the device, the second one is probably on the pier and the third one can be found to your left. There's also an enemy boat patrolling this area. You will have to avoid it all costs for the next 15-20 minutes. 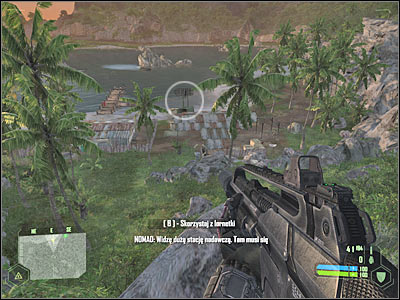 Start off by sliding down towards the encampment. You should be moving towards the device. Obviously you must be using a cloaking device here, so you won't raise any suspicion amongst enemy forces. I would also recommend keeping a crouching stance, so you won't deplete the power bar too quickly. Once you're close enough to the device, use one of your guns to get rid of the first soldier. 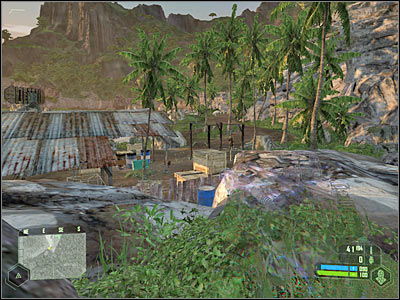 Now you should move on to your left. There's a small cottage here and it would be wise to use it for much needed cover. Look at the pier. You shouldn't have any problems finding the second soldier. Aim for his head or wait for him to stop near an explosive barrel. Once he's gone, turn left and kill the third soldier. You must prevent him from using a flare gun. Otherwise you would have to wait for reinforcements to show up near this camp. 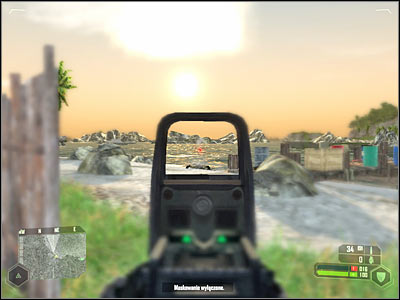 Your final task here will be to disable the jamming device. Head over to it and approach it from the western side. You will have to press an action key (F) here. Make sure that you're avoiding the boat at the same time. It shouldn't be too difficult, especially if you've decided to activate camouflage. 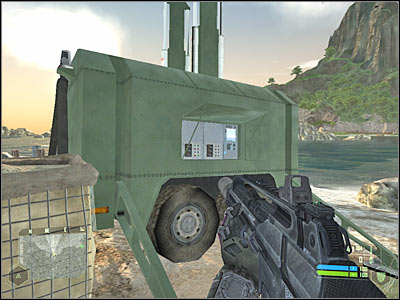 Getting closer to the landing site #2 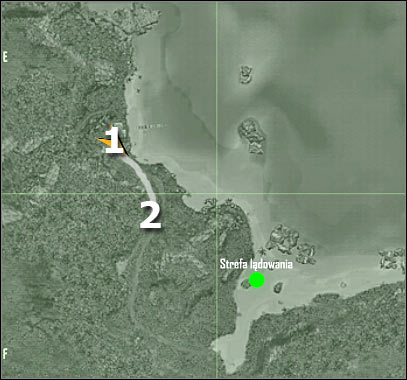 Just as before, you won't be given an opportunity to get too close to the landing site. Start moving towards your goal area. Make sure that you're avoiding the boat, because you could suffer some major injuries as a result of its attacks. I would recommend choosing the main road and moving south. You can also use the nearby bushes to your advantage. You'll probably come across a few soldiers along the way. Surprise them. 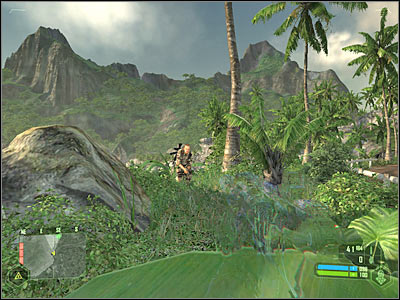