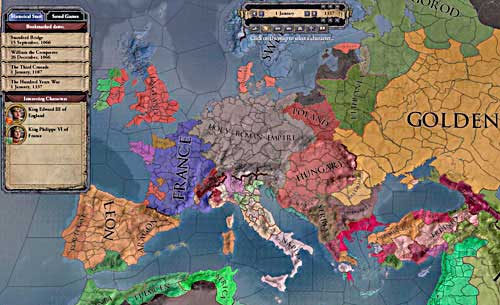 During the Hundred Years War there are two sides of conflict: England and France. Although there is no war, the conflict is unavoidable.

England has big army advantage thanks to which they have no problems with defeating French. You should attack from two directions: through the La Manche Channel (most forces from Islands) and near Bordeaux (part of your lands). Rushing from two sides, you'll flank enemy. 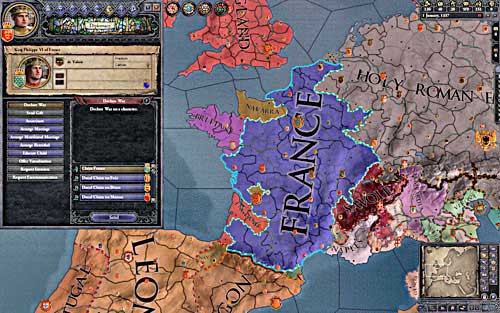 Enemy has very big armies, with at least 10 thousand soldiers each. So you have to make your troops at least that numerous. Despite that, it's worth to march widely, what increases tempo of conquering. Most of French garrisons have big crews (2000 people) so their conquering will be time consuming and demanding. 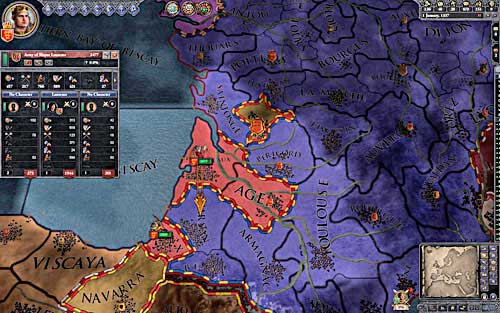 One of attacks should go from the south, it should surprise an enemy.

The Hundred Years War doesn't require too much finesse. You just need to crush enemy with number of your armies and conquer his castles. Mercenaries are also useful, so use them often! 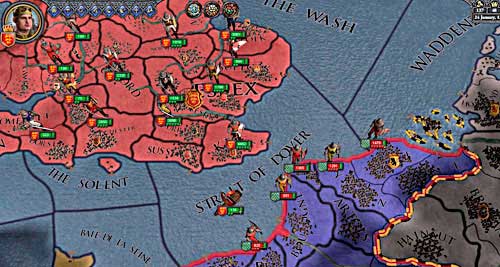 During fighting with the Philip VI (king of France) you can act like a saboteur: harm his relations with subjects (chancellor's ability), kill his nobles and even king himself (it doesn't end the war!). It can be useful, especially that the next king will have to fight against rebelled vassals.

I'd like to write sth about heroic French defence, but it is nonsense. They shouldn't start the war at all. Enemy has huge advantage in army, money and influences. Also in the case of losing nothing terrible happens to them: they'll just lose rights to the French crown. If French lose, English will conquer all their country. 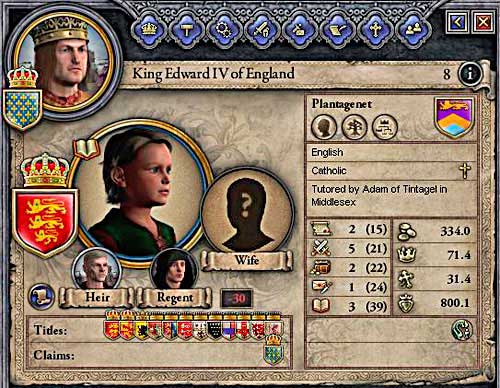 Edward's son also has rights to the French crown.

Is there any way out? Yes, you just need to kill king of England, Edward III and his son (who also has rights to the French crown). In this simple way you can end the conflict which could last many years and ends (in the best case!) with the status quo. That's why finish the issue once for good with an assassination. 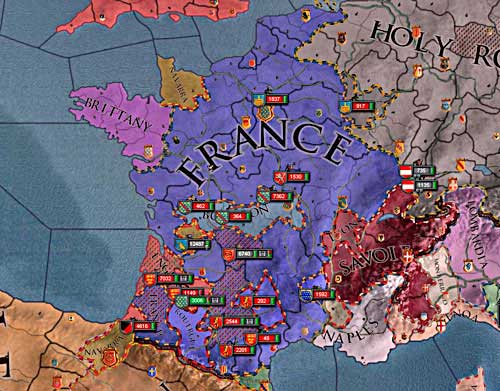 English invasion and civil war. What more do you need?

If anyone tries to fight with England anyway, I have small remark. Edward III will do everything to reach the crown, even to the assassination. What is curious, if the king of France dies, the war doesn't end, because it's about the kingdom which is something more than a private property. Of course when the Philip VI dies and the crown goes to his son, almost all of his vassals will declare a civil war. With such opposition you have no chances at all.