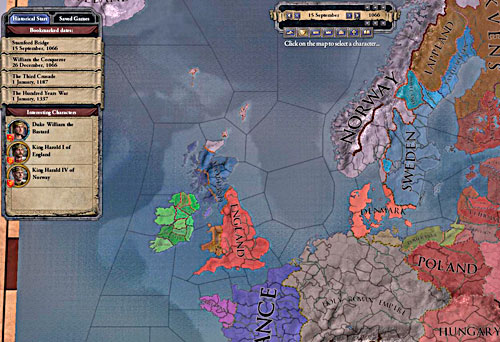 England was attacked from two sides.

First scenario took place in 1066 and tells about invasion of Wilhelm called also the Conquerer. You can play not only him, but also the legal king of England (Haroldem) or the Norwegian ruler, Harald.

Wilhelm's campaign is very simple: you just need to invade England and stay there. Admittedly, you have to fight with two enemies at once (Harold and Harald) but they are busy fighting with each other because of what they're not problematic. 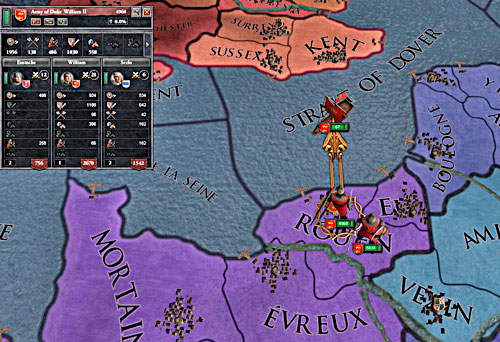 The first thing to do is to throw your forces over the La Manche Channel. Usurper's army is so big, that it requires dividing on at least two parts or they won't get on ships. Ships you recruit by clicking on the seaside province and choosing the ship icon. 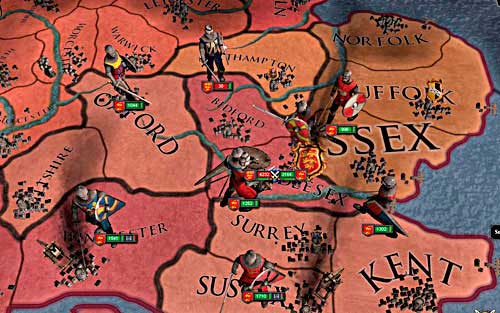 English has no chances against Conquerer.

After landing, you have to divide your armies ASAP to occupy the biggest territory they can in the lowest time. There is a small chance that Harold decides to defend. In such case, join troops into one powerful army and smash enemy. When the king is defeated divide your army again and continue sieges. 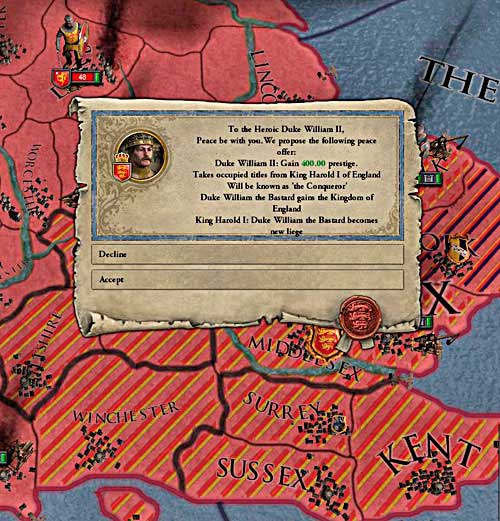 The further course of the campaign is very easy: just conquer next lands and fight enemy's armies (also Norwegian!). Sooner or later Harold gives up and the crown goes to the Wilhelm. Then start a war with the Harald, Norwegian king. But it's better to send an assassin than take part in the open conflict. In such way conquest of the England ends and the normal game begins.

Harold's mission is the most difficult one. He has to defeat two invaders at once. Although he has a big army, he has no chances with any of opponents. That's why he shouldn't begin an open battle but use a trick. Most of described below option you can do during the active pause. 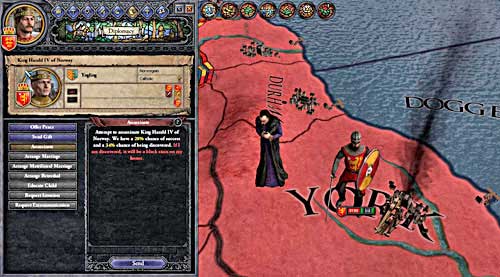 Harald is in the York, send a spymaster there.

First thing you should do is sending a court spymaster to the province with the Norwegian king. Agent should set up there a spy network. Then murder enemy's king what ends the war with Norway and your only problem remains Wilhelm. 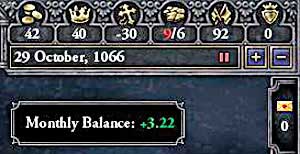 Next step should be... sending all of your army to homes. Cost of maintaining them is too high and sooner or later Harold will be bankrupt. After releasing him, kingdom starts generating incomes (screen above). 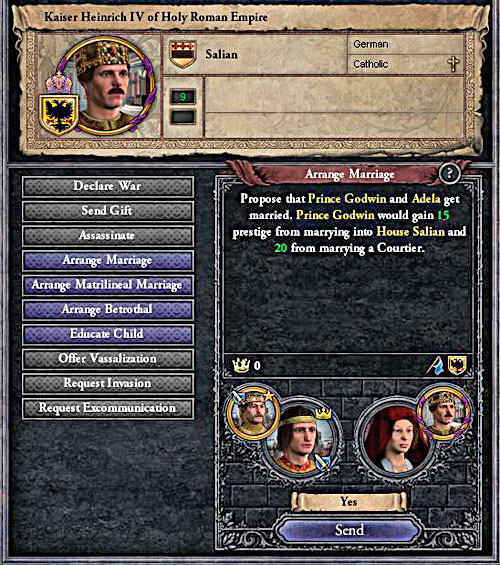 But it's still to little gold: assassins are expensive (50 gold). Luckily, Harold has a son without wife, which you should change quickly. During choosing you should look at wed's age (she must be an adult!) and not an alliance, because no one will fight against Wilhelm. And that's why you should choose moneys as a just married gift. 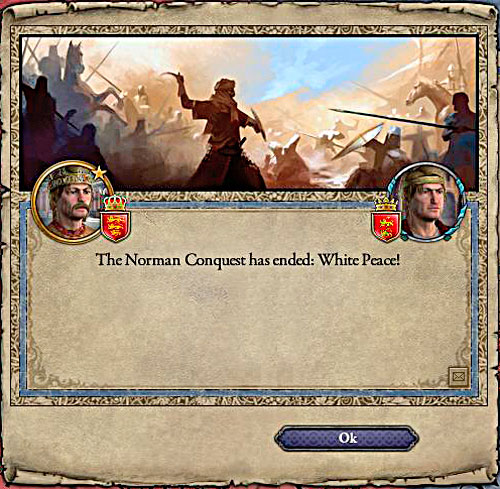 One dagger is worth more than thousands swords.

When the wedding is done and you collect 50 gold, it's enough to kill Wilhelm (not-conqueror-any-longer) and play normally from now on.

Playing as a Norway is very easy: they have lot of gold and quite big army which is already on the enemy's territory. The only one problem is Wilhelm. There is possibility that he'll get the English crown first. Of course, we can't let that happen: assassinate him! 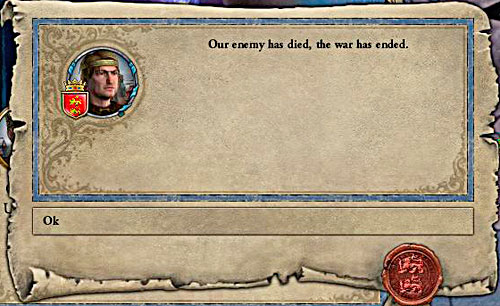 We need to get rid of an enemy, before he become our rival.

When the Conqueror is dead, you have to wait in York for an English attack. Although Harold has bigger army, he'll lose the battle. Mainly because he had to cross the river. Of course, you have to chase him and kill all people you can. It'll make our further expansion easier. 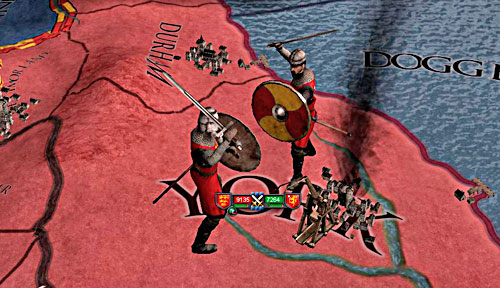 After destroying main English forces you have to be as bossy as you can and attack as many castles as it possible simultaneously. If your forces are too small, you can hire mercenaries. 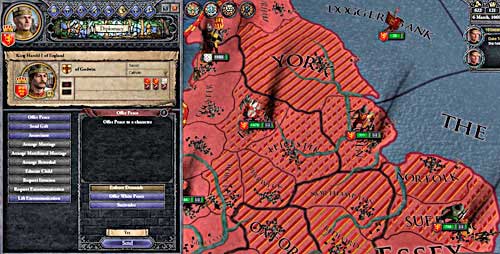 Next you just have to look after sieges and wait until Harold gives up. But remember that castles are sieged only if there is more attackers than defenders. 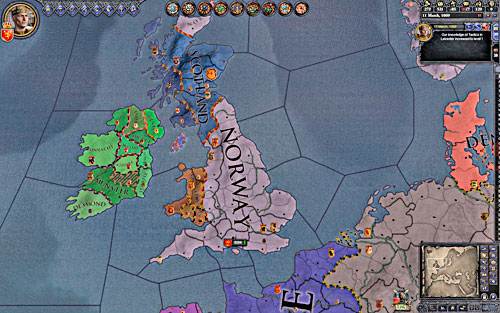 When the war ends, Norway gains new lands and king can start thinking about further invasions.