General laws concerns subjects' duties to their monarch: it touches not only matter of money, but also size of delivered army. Every law affect happiness of vassals, ones decrease it, ones increase it. Good ruler should manoeuvre between different zones of influence, guaranteeing himself safety but simultaneously draining vassals as much as he can. It's problematic, because every law requires convincing majority of voters - so winning over vassals is an essential task. After enacting new law, prepare to the rebellions: most of nobles will be dissatisfied, even if the law is profitable for them. 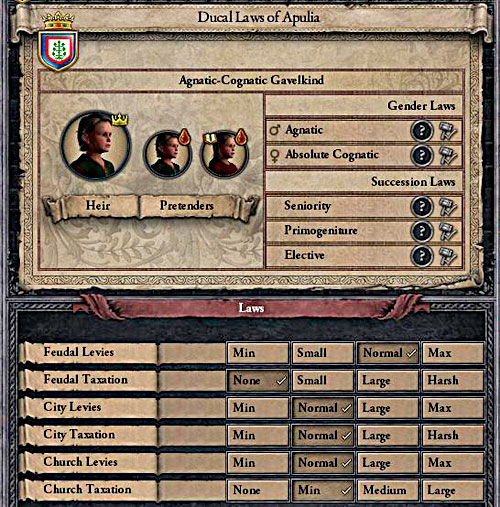 Every law has its consequences: both positive and negative.

Land owners who are concerned by laws you may divide on three categories: feudal lords, townsmen and priests. In first group are owners of castles and counties in which this structure is dominating one (is located in the right upper corner of the county's screen). Similarly: townsmen are ascribed to towns and urban counties and priests to bishoprics and Church lands. Important is fact, that if the law affects particular group, it'll work only on those who are directly subordinate to the player. So, if the county is urbaned and you're not the direct owner (e.g. you're king not a count) and the ratified law is a city taxation you'll receive taxes only from the main, urban building but not form the smaller, which are on the same terrain. It happens because the internal structures of county depends on the count and his subjects, not yours. Of course if the count tax his subordinates, he'll get an income from which a part will be sent to the king. So it's a pyramidal structure in which every middleman can establishes his own laws. 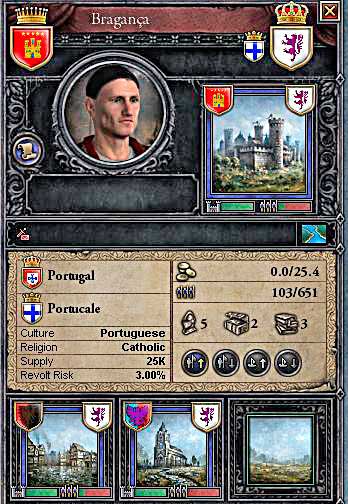 A castle is a dominating building in this province, so the count will be recognizable as a feudal lord.

The only way to obtain all incomes of all buildings in the county is nominate yourself a count (it doesn't collide with being simultaneously a king or duke). In that way you become the actual owner of the land and maximize your incomes.

Most of counties have feudal characters (dominating structure is a castle), often you meet also big metropolis (cities) and rarely Church lands (bishoprics). That's why you should focus on laws concerning feudal lords and townsmen. 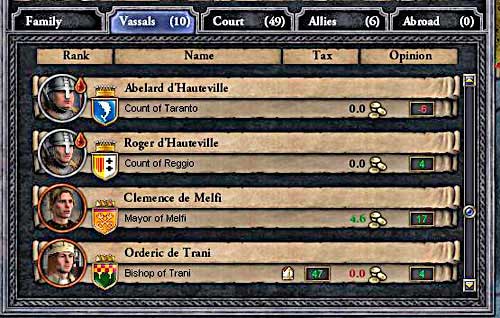 As it's not hard to guess, townsmen are the most eager to the tax concessions, but they don't agree to big exploitation of their troops. It's other way round with the feudal lords and bishops are golden mean. In the case of the people of the Church, it's complicated because they can pay taxes to the pope or the player (depends on type of the investiture and personal liking. You should direct your law politics in a way which provides you the biggest profits and the smallest risk of revolts.