Family is all, not only in the Italian mafia, but also in the Crusader Kings II. During the game you control representatives of the House. It's not hard to find out that caring about family's future is a absolutely base of a success. Player should steer his hero and members of the dynasty in a way of protecting his lands from the civil fighting and separatism. It's not an easy task, and you'll find detailed advices further. 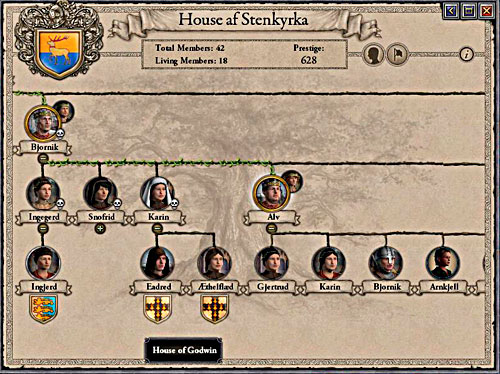 If a man decided on the matrylinear wedding, his children will belong to the wife's House.

You are aware how the new children come out on the world: the same happens in the world of game. But the important thing is to plan vital forces of main hero and your subjects in a proper way. Persons with small chances it's best to isolate or put aside (e.g. calling up homosexual or priest), and the most hedonist guard against temptation, because bastards can fight for the crown very hard. 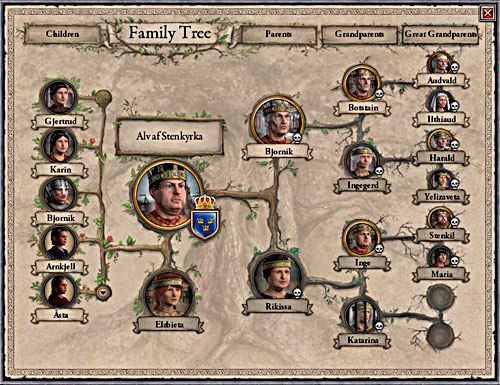 Remember about the roots!

But unfortunately dynastic politics is a two-edged. On the one hand, having big family provides you a lot of marriages (so allies and opportunity to aspire for another crowns) but on the other hands it stimulates House's members to fight between them. It becomes problematical especially when you play a long time a some in a row. In such situation there are lot of candidates for a crown, because those aren't only sons but also their cousins, uncles etc ( at least in the primogenitural model - look at Succession). That's why it's good to bet on the minimalism: have a lot of daughters and only few sons. 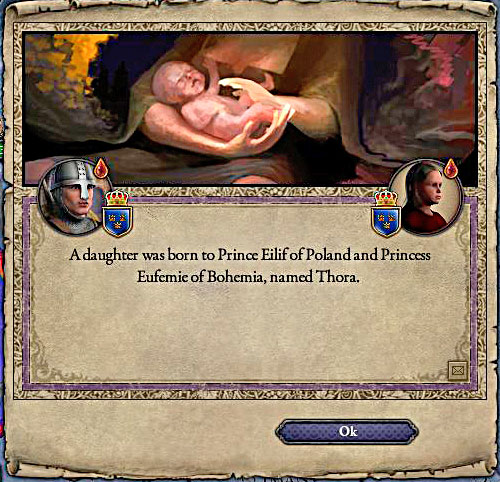 Children from normal marriages inherit the House after the father.

You never know what will be the child's sex, it's generated randomly. So it's worth to save the game a moment before birth and loading until you'll get the sex you want. Usually it's better to have daughters than sons, because they have smaller rights to the throne what makes them less dangerous (if you didn't choose Absolute Cognatic Succession model, look at the Succession). Women additional advantage is a fact, that thanks to marriages they can provide very useful allies. It's very important to not let them have any lands, because after their wedding you lose them for the benefit of their husbands (to avoid that, you can use proper protection - look at Laws chapter). 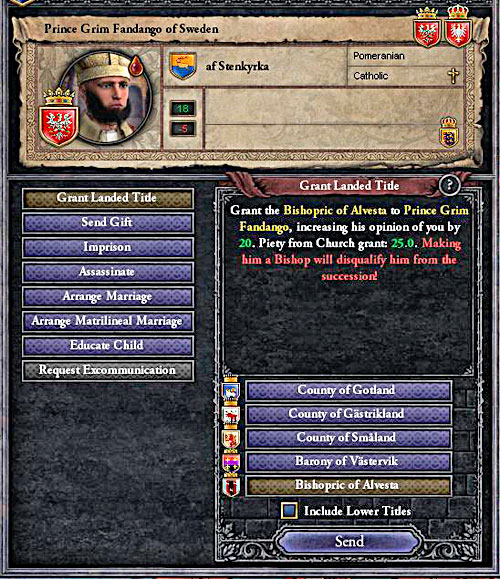 Confering a bishopric is the easiest way of eliminating someone from the succession.

About sons: it's enough to have one or two. First option secures you from a fratricidal fights, but has an option of defeating if the only one descendant will be murdered. The second option is profitable in a case of danger of assassination or when the one son is for example ill. Two men in a house is a big problem, you may be sure that the family will grow across, increasing a number of uncles, cousins, nephews and other potential candidates to the throne. That's why you should nominate your younger son for a bishopric, he'll have no legal descendants in that case. If the firstborn died, you would take from the second one all the bishop's estates and give others. Then the celibate won't be obligatory. 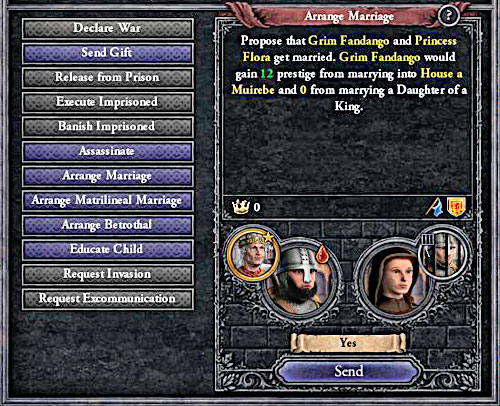 The same son can make a marriage after confering a bishopric and still develop the House.

About the quality of the family stands not only number of members, but also theirs abilities and statistics. Children inherit only part of attributes after parents, many of them depends on upbringing. So very important is educating you descendants. More about this you'll find in chapters Diplomacy: Children's Education and Characters: Individual features.