Once you've arrived at the crime scene, you'll find out that the alleged killer has already been apprehended by the police. As a result, you will be allowed to talk to him. His name is Keith Wilde. You will have to ask him a few questions:

- Why did you shoot him?

You'll also need to ask him for a sample of his DNA:

Once the conversation has ended, you'll be allowed to proceed with the examination process. I'd strongly recommend that you follow my instructions, because it's going to be very easy to miss something important here. You'll collect a lot of evidence, especially bullets (and they'll be well hidden). 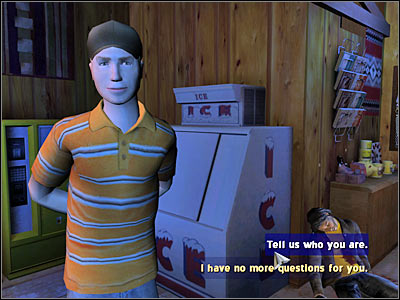 Start off by moving the camera to your left. There are some vending machines here. Click on one of these objects in order to receive a thoroughness bonus (only one). Now you will have to click on the victim's body. I'm sure you know by now that you're going to have to take a photo of the crime scene before collecting any evidence. Choose Digital SLR Camera from your inventory.

Zoom in on the upper part of the victim's body. Once again, you will have to use Digital SLR Camera. 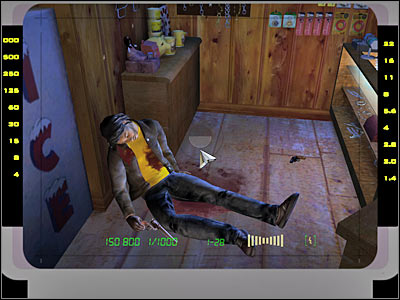 Click on the revolver which is located near the right hand of the victim. You will have to wait for the game to zoom in on the gun. Don't take the weapon right away. Instead, you should take a closer look at one of the fingernails of the victim (screen). You'll find a small fiber there. Pick it up with Tweezers.

You may take the revolver. Obviously you will have to use Latex Gloves here. 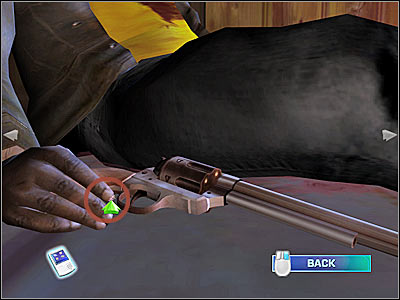 There's a second gun nearby. Look at my screen if you're having some difficulties finding it. Click on the gun and use Latex Gloves to pick it up. 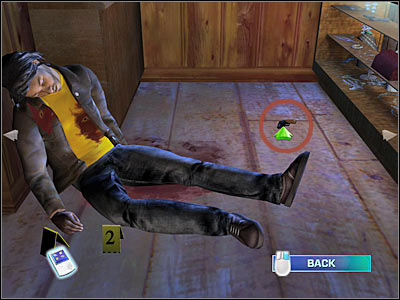 Now you will have to inspect the left wall, so make sure that you've moved the camera properly. Your objective will be to find two bullet holes. Check the screen if you can't/don't want to find them on your own. You will have to click on each hole. Use Tweezers twice in order to gather two bullets from the crime scene. 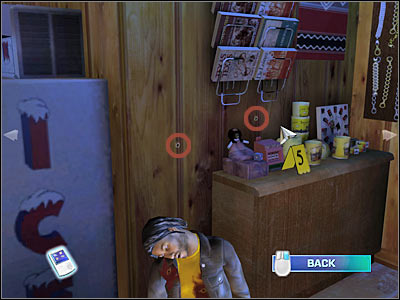 Let's focus on the body for a little while longer. Click on the left leg of the victim and wait for the game to zoom in on it. Now you must click on one of the blood stains. Choose an IntegriSwab from your equipment bar and collect a sample.

You may return to the main view of the crime scene. 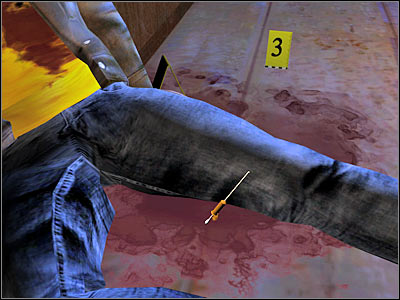 This site is not associated with and/or endorsed by the Ubi Soft or Telltale Games. All logos and images are copyrighted by their respective owners.