This page provides information on how to unlock "Cortex N. Carcerated" Gold trophy in Crash Bandicoot 3: Warped for PlayStation 4. You receive this trophy for defeating the final boss of the game -Neo Cortex. 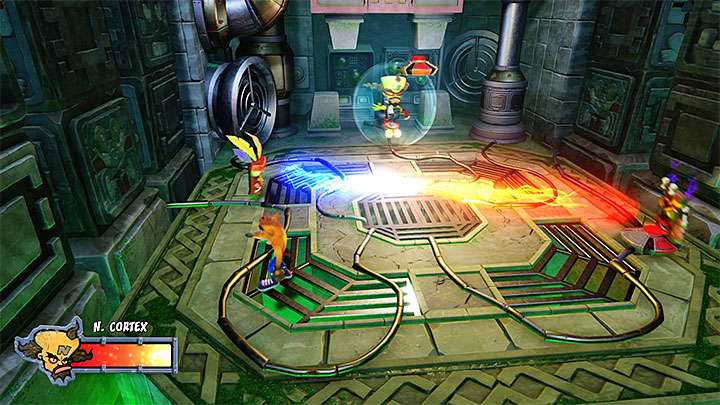 What makes this battle different is that you do not have to look for opportunities to attack the boss, for the whole time. Instead, you are supposed to avoid the fighting Aku Aku and Uka Uka masks, as well as Cortex's attacks. You can attack the boss only after his attacks make him weaker.

In the first phase, the fighting masks will be attacking each other with energy beams. Try, at first, to stay at the bottom of the arena, or in its corners. However, you will not be completely safe there, because the energy beam will be getting longer and longer and, as a result, you will have to hop over it once or twice. You should use double jumps here, to make sure that you take no damage from the beams. 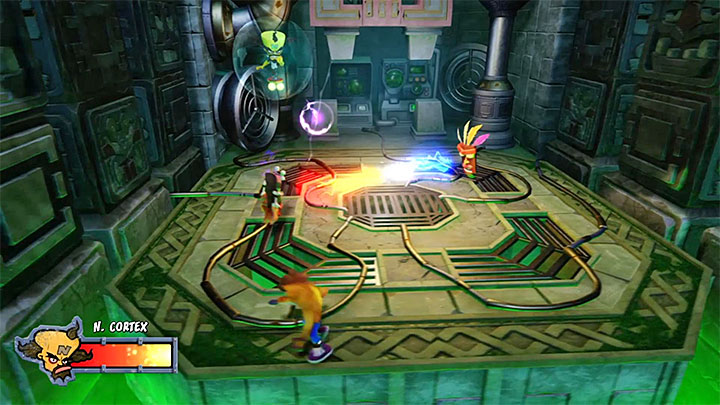 Of course, Cortex will not stand idly by. Expect two types of attacks from him. First of all, the boss will be firing balls of plasma your way. In such a situation, jump right or left. 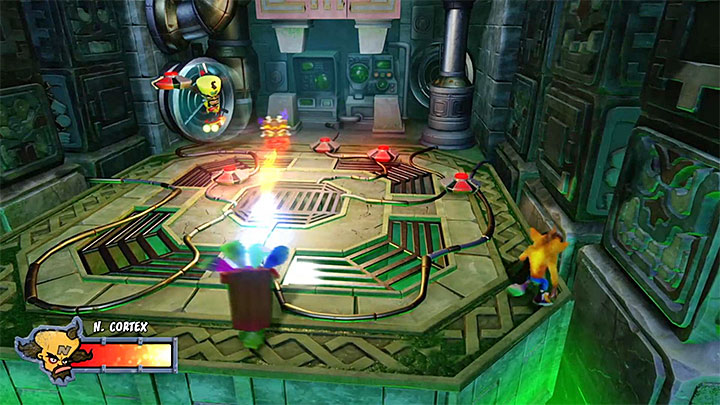 At the end of each phase of the fight, Cortex also tosses several mines that appear in random spots. Paradoxically, this is a difficult moment, because for a short moment (the mines explode after several seconds), you will have to avoid both the masks and the mines. 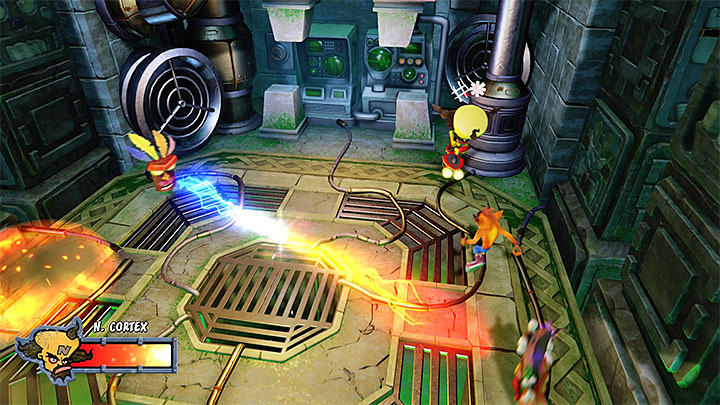 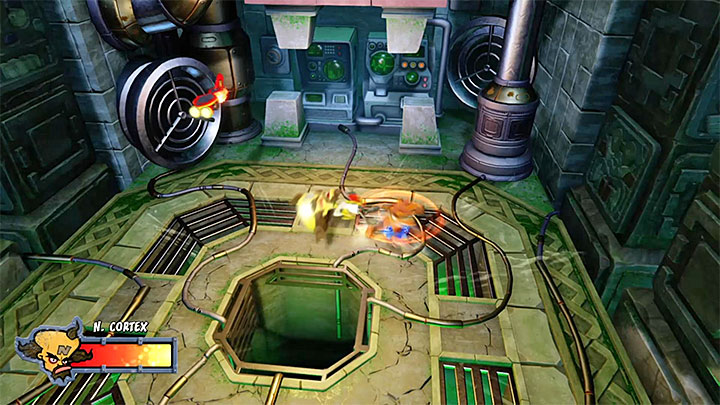 Mine attacks weaken Cortex, which you can tell by the force field that he loses (shown in screenshot 1). Quickly, dash up to him and Spin-attack him. This does not do the job, because you have to follow that up with Tornado Spin attacks to start pushing him into the hole in the center shown in screenshot 2. After Cortex loses drops into it and loses 1 health point, you will progress to the next phase. 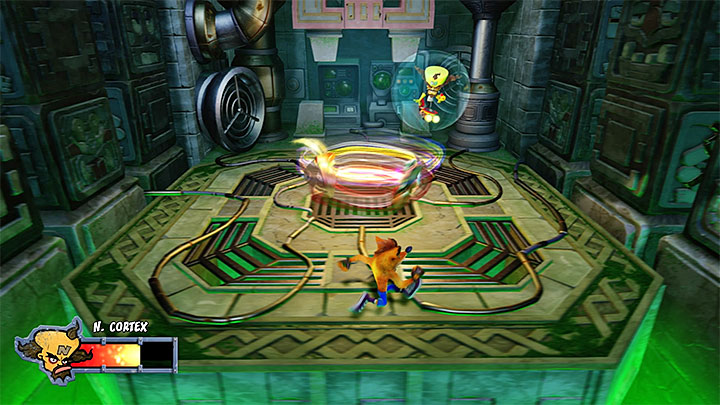 The only thing that is new to the second phase is that the fighting masks will now resemble tornadoes. Also this time, you will have to keep clear of the masks, so go into a different part of the arena as soon as you spot the tornadoes approach you. Of course, you will still have to avoid Cortex's plasma balls.

The rest of the phase is the same as in the first one. Stay away from all the mines, dash up to the defenseless boss and Spin attack him into the hole. He will lose another health point. 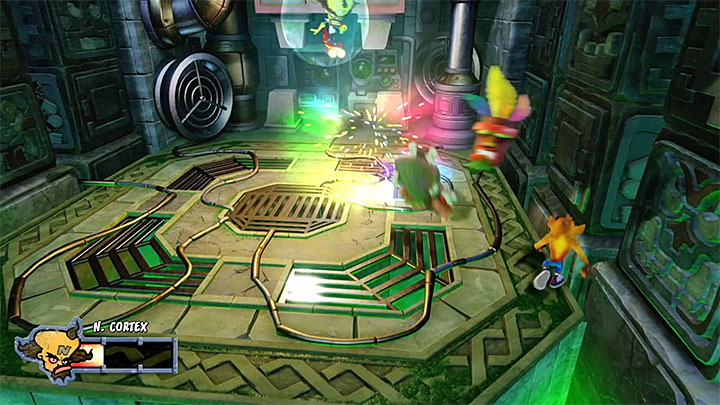 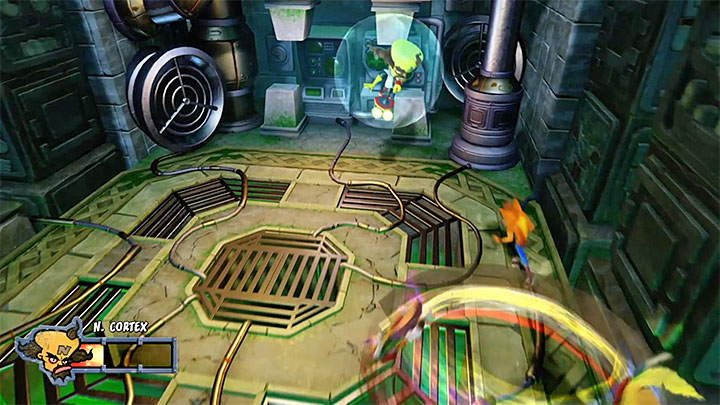 Just like in previous phases, avoid balls of plasma and mines. Pushing Cortex into the hole for the third time ends the battle.