This page provides information on how to unlock"Mech Wrecked, Again!" Silver trophy in Crash Bandicoot 3: Warped for PlayStation 4. You receive this trophy for defeating the fourth boss of the game -Nitrus Gin. 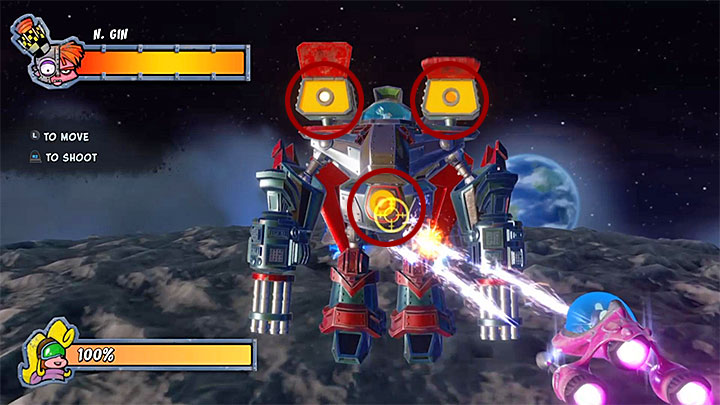 To survive the first phase of the battle, you have to destroy five different elements of the mech. The first three have been shown in the above screenshot - two rocket launchers and the central hole. You will be able to tell the elements by the yellow color and some of the elements will be opening and closing, so you cannot attack them incessantly.

The rocket launchers will, of course, fire projectiles at Coco on a regular basis. You do not have to shoot the rockets down straight away, because they will travel for a while before they reach their target. 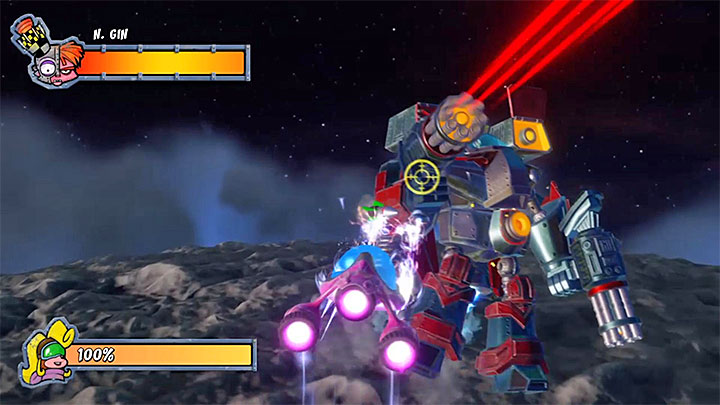 The remaining two elements to shoot down are laser cannons on the sides of the mech. They are not used as often, but they are a threat greater than rockets. You have to fly under, or over areas caught in the fire of the laser cannons (the boss will be moving from one side of the screen to the other). Additionally, after you avoid the fire, try to firing at the cannons as quickly as possible, to damage them before they activate again.

Shoot down one element of the mech after the other. After the boss loses five health points, you will see a cutscene and the second phase of the battle will start. 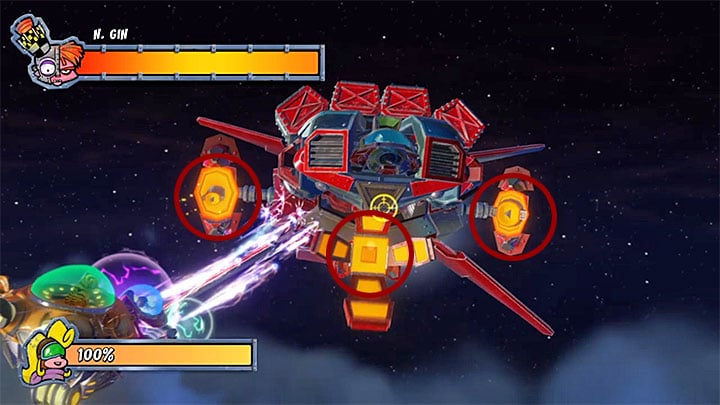 In the second phase, you will have to deprive the mech of as many as seven energy health, where each point corresponds to a single element of the mech. First of all, focus on the three elements shown in the above screenshot. These are and exposed fragment of the armor and two side cannons firing big balls of plasma (move to the sides to avoid them). The components are not too resistant and you can destroy them quite easily. 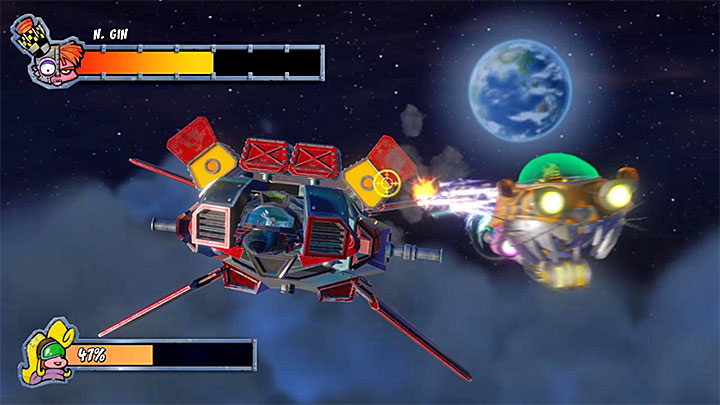