This page provides a detailed description of how to unlock "A Nefarious Trophy" silver trophy in Crash Bandicoot 3: Warped for PlayStation 4. You receive this trophy for defeating the third boss of the game -Nefarious Tropy. 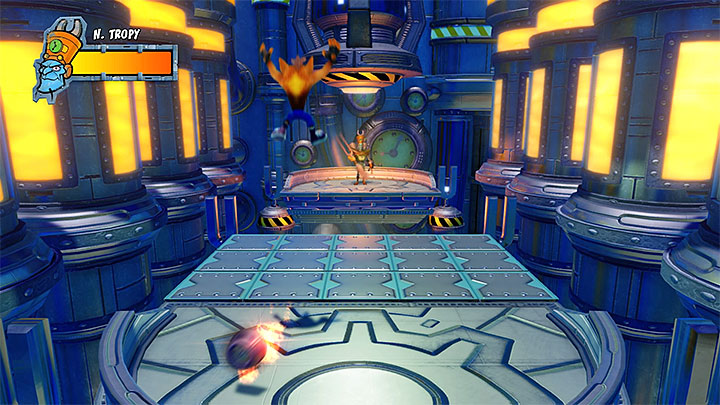 The battle with Nefarious consists of three very similar phases. Each of the phases starts and ends when you have to avoid the boss's series of attacks. In the first phase, Nefarious Tropy will start by firing a red homing projectile. Double-jump over it at the last possible moment. 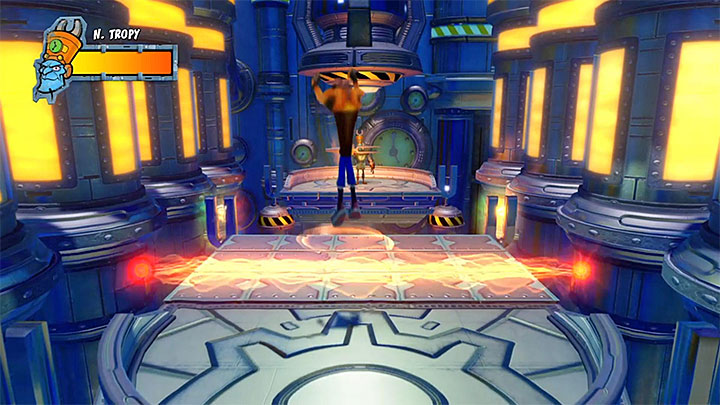 Nefarious will now start to pester you with red energy beams traveling up and down or to the sides. Regardless of what happens, double-jump to avoid being shocked with electricity. 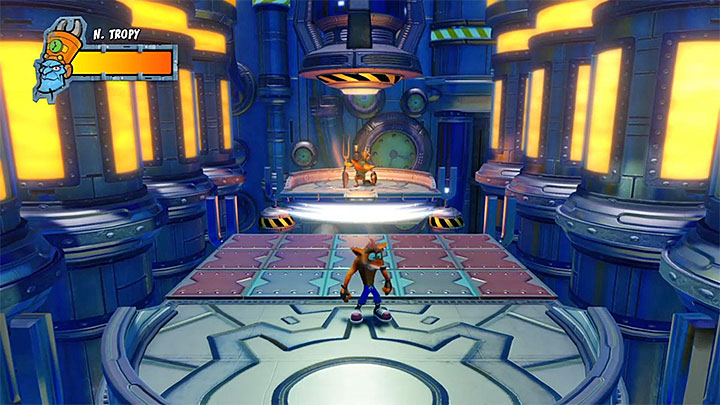 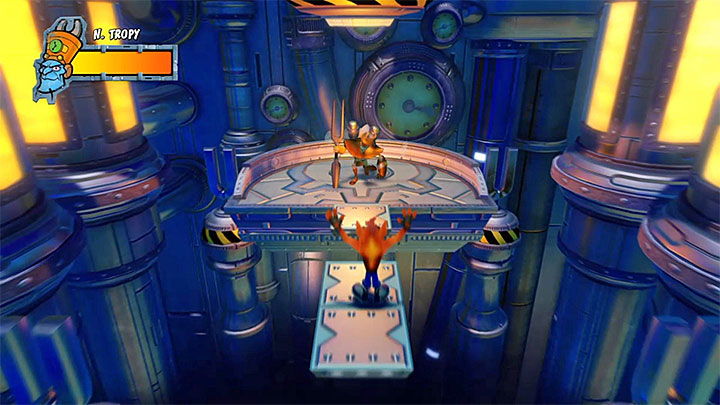 Sooner or later, his attack will exhaust Nefarious. Some of the fifteen plates neighboring the starting platform will soon start glowing red (screenshot 1) and will drop. Stand on one of the remaining ones and wait until platforms appear, at which point you will be able to approach the boss (screenshot 2). Note - Each time you start this boss battle, the game picks at random which platforms will reappear, so you have to react on the spot. Do not risk double jumps and take precise single jumps instead. 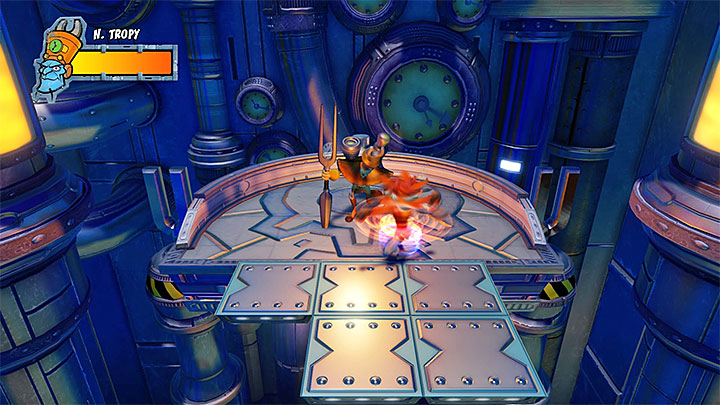 Try to reach the platform Nefarious is standing on before he regains his strength, Spin-attack him and he will lose one health point. REMAIN on the platform, because the boss will move to the one that you have started the battle on. This will start the second phase of the fight. 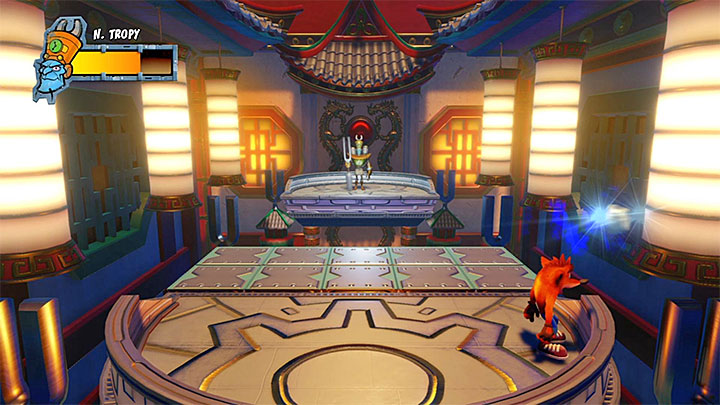 The only difference between this phase and the previous one is that the boss will fire, at least, one blue projectile in your direction. Note that its trajectory is much higher , so remain at the bottom of the screen, do not jump and let it fly over your head. In the same way as previously, avoid the red beams and jump from platform onto another to reach Nefarious and attack him.

The last phase is nothing special. Nefarious will only fire more of the same attacks and jumping over the platforms may be slightly more difficult, because of that.