this stage is similar to Bye Bye Blimps, because you fly a plane here also. The key difference here are your targets to shoot down. Instead of blimps, these are bombers. Apart from that, you will have to keep in mind that pilots here are much more aggressive. 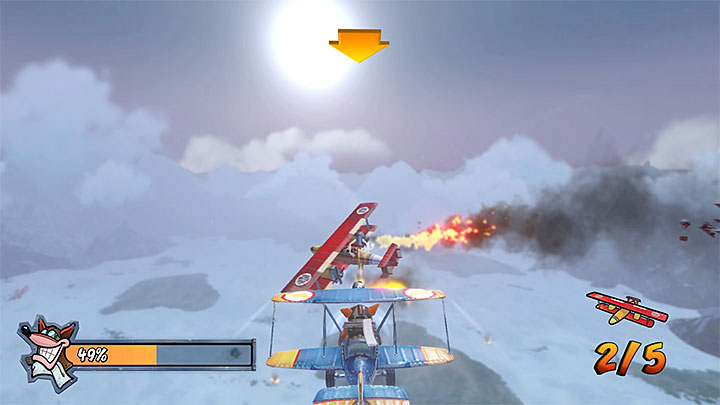 To complete this stage and obtain the violet crystal, you will have to shoot down five bombers. Just like in Bye Bye Blimps, you can fly wherever you want and you can complete mission objectives in any order you want. However, it is better to take your time here, because shooting down the last bomber ends the mission automatically, so it is better to start by shooting down balloons with crates attached to them. Just like earlier, there are two balloons marked with a cross. It is better to leave them for later, because firing at them partially replenishes your health. 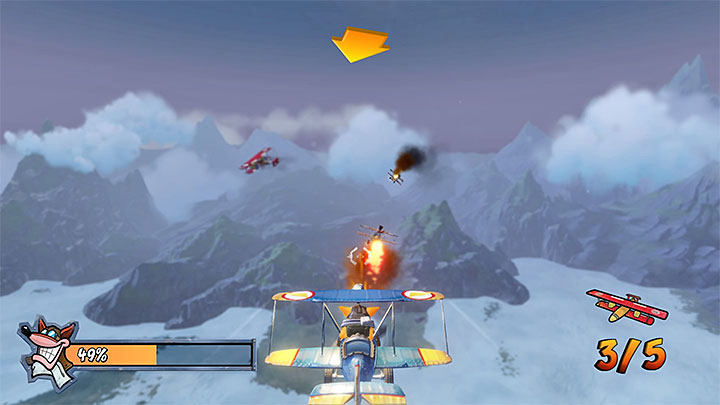 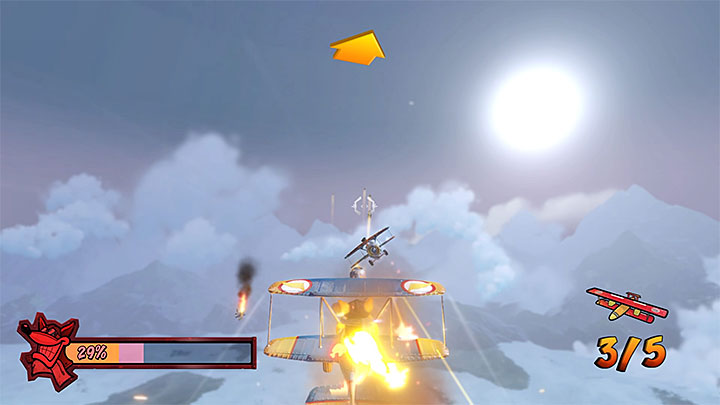 The bombers themselves are defenseless against your attacks, BUT in this stage, there are much more aggressive pilots of other biplanes. You cannot ignore them altogether, because they are capable of laying effective fire and damage you for, as much as, 20-30% of health.

In general, the most effective tactic is to fly in a straight line towards the bomber or the balloon you want to shoot down, Sooner or later, 2-3 enemy planes will overtake you (an example shown in screenshot 1). At that moment, try to change the direction of your flight slightly and lay fire on the planes. The good news is that the biplanes are not too resistant and all you need to destroy them is a single, accurate burst. Do not ignore biplanes altogether, becau7se they may turn in your direction, at some point, and start firing at you an example shown in screenshot 2), which may end in your death.