This chapter contains information concerning the fourth area with portals in Crash Bandicoot 3: Warped. It is modeled after Egyptian aesthetics, but levels comprising it are build in the aesthetics of various historical periods. There are five portals to choose from here and you do not have to complete them in the order suggested by the game. Also, you can replay each one of the missions, e.g. to replay the time trial, to collect the crystal you have missed earlier, or to obtain additional gems (only in the select cases). 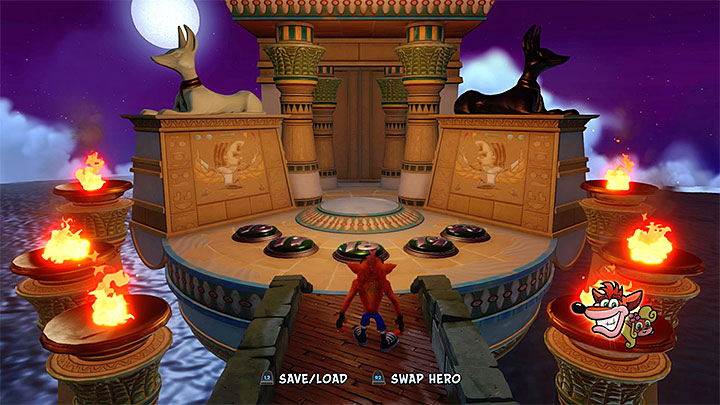 The fourth area with portals

After you have completed all five levels for the first time, you will be allowed to fight a boss battle with Nitrus Gin. The battle has been described in detail in a separate chapter of this guide.

To progress to the next part of the game, in each of the levels, you have to find a violet crystal and defeat Nitrus Gin. Thanks to this, you will unlock the next portal room (futuristic).