Below, you will find information on fighting Dingodile in Crash Bandicoot 3: Warped, which makes up Crash Bandicoot N. Sane Trilogy. This is the second boss of the game and the battle, in itself, us easier than the one with Tiny Tiger. Still, learn the3 description to know what to do.

Description of the fight 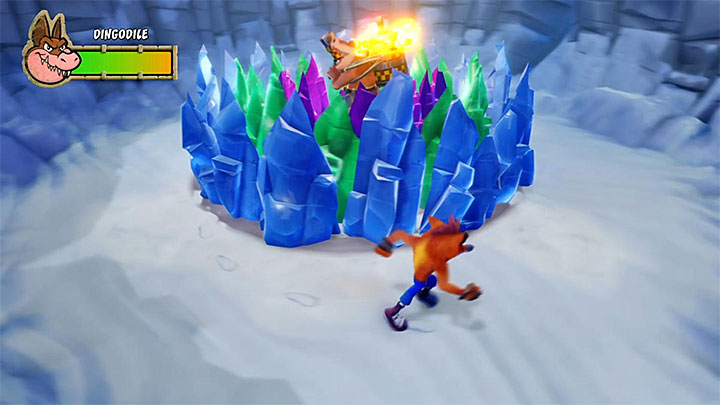 During the battle, Dingodile will use a flamethrower and he starts with bombarding the area. At this point, start running in the counterclockwise direction and don't stop. 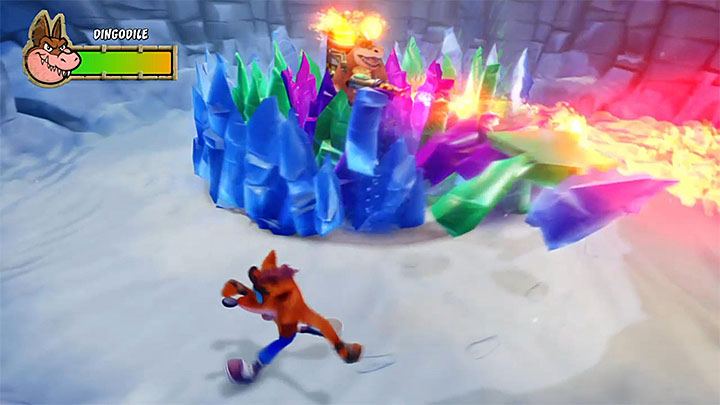 After the bombardment stops, Dingodile will start using his weapon for smashing the crystals around him. Then, try to run left and right, in turns, and to avoid spots where he attacks (flames travel though crystals). 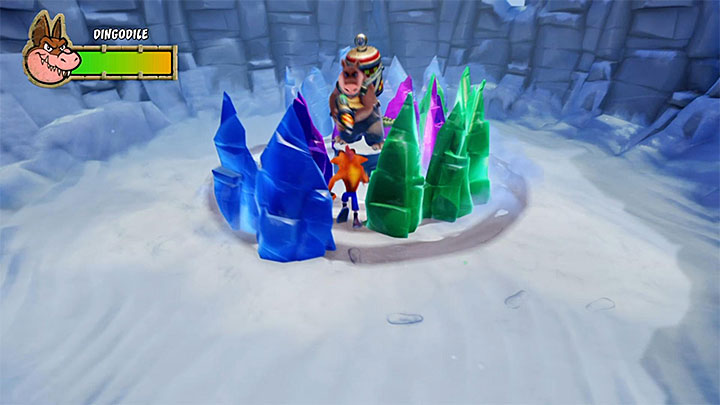 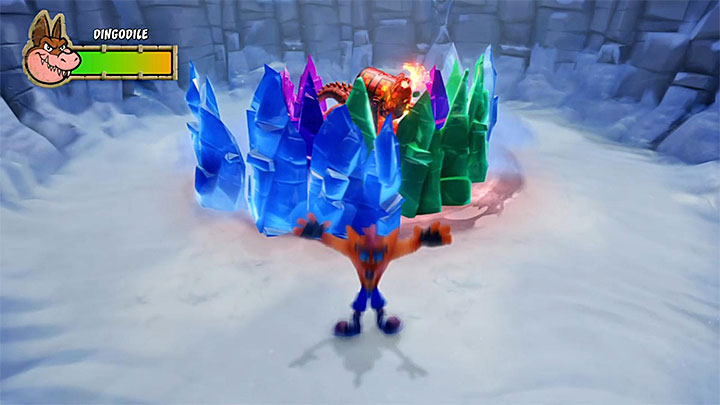 You can use to your advantage the fact that Dingodile smashes the crystals . Sooner or later, you will be able to dash between them and reach the boss (screenshot 1). Spin-attack him. Similarly to attacking TNT crates, this starts a countdown, so leave the central area quickly and await the explosion (screenshot 2). Dingodile will then lose a point of his health. 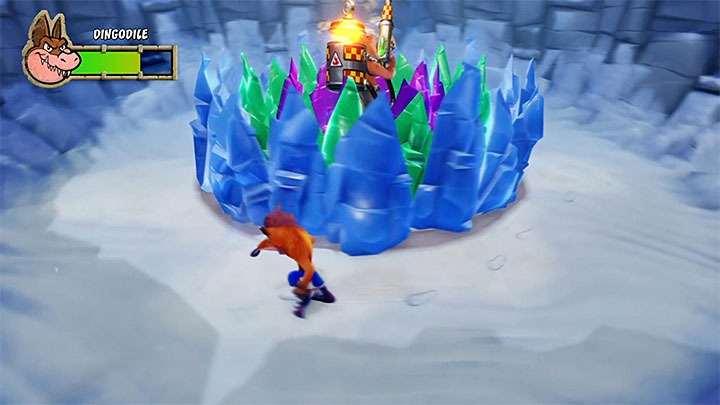 Note - After you win, remember to claim your reward that appears next to the defeated boss. This time, you will receive a new ability - Double Jump, which you use by pressing X again in mid-air, after you jump. This ability is HIGHLY helpful and thanks to it, you will not have to rely that much on risky long jumps after a slide.