This page contains a description of unlocking and completing one of two secret levels in Crash Bandicoot 2: Cortex Strikes Back - Totally Bear. It isn't an overly long level and it involves a ride on a bear cub's back. It is slightly more difficult than other levels of this type.

How to unlock the Totally Bear level? 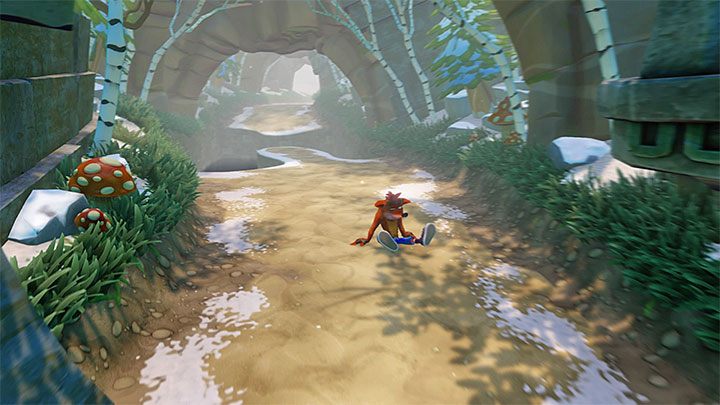 You can unlock the Totally Bear stage during the Un-Bearable level, which starts when you use the portal in Sewer Warp Room. In this level, Crash is running from a huge bear. You have to beat the stage almost fully - you need to be catapulted to the safe part of the path shown in the image above. 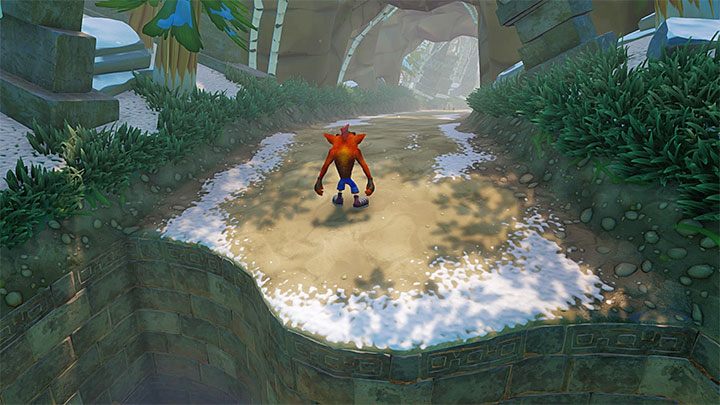 Right next to the spot where you landed is a portal that ends the Un-Bearable level. IGNORE IT and move upwards in the direction of the precipice, the one the large bear fell to. You have to jump to the other side. It is quite problematic since you have to make a long jump. Start running towards the precipice and make a slide attack (Circle), and before it ends, press the jump button (Cross). This will let Crash fly farther. If you performed this action correctly, you will end up in the place shown in the above image (if you die, you have to repeat the escape on the bear cub's back). 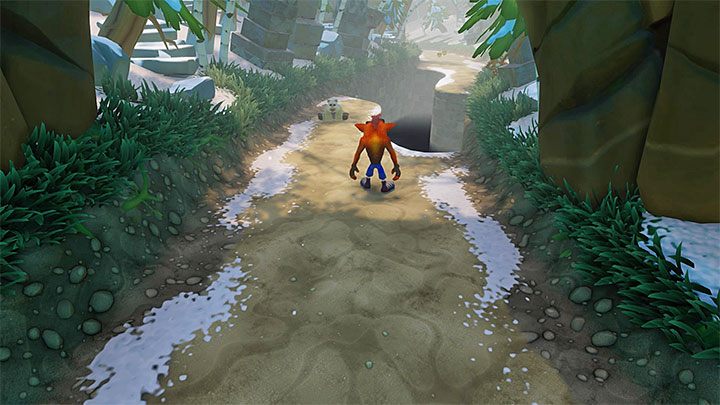 Move on and reach the bear cub, the one that "helped" you complete the last part of the Un-Bearable level, shown in the above picture. Jump on its back and a secret portal that leads to a hidden room in the basement (this also lets you unlock the No Bear Left Behind trophy) will open. In this room, a portal to the Totally Bear level will also open.

Secrets of the Totally Bear level:

Description of the Totally Bear level: 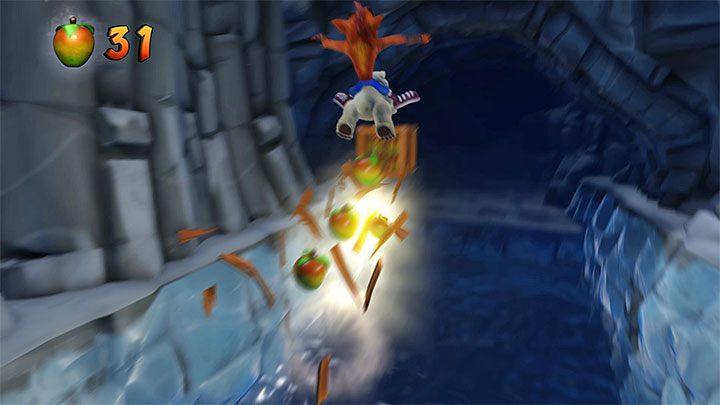 In the Totally Bear level, you are going to traverse an icy path on the back of the bear cub. On your way, you must destroy the crates you come across and avoid various obstacles.

One of the biggest difficulties of this level is the fact that the bear has to perform long jumps in several places in order not to fall into the water and, at the same time, to reach the crates floating high. An example of such a place is presented in the above image. In all such areas, you have to start by pressing the run button, which will give the bear cub a short speed boost. Press the jump button at the last moment to make sure that you hit the crate and land safely on the other side. 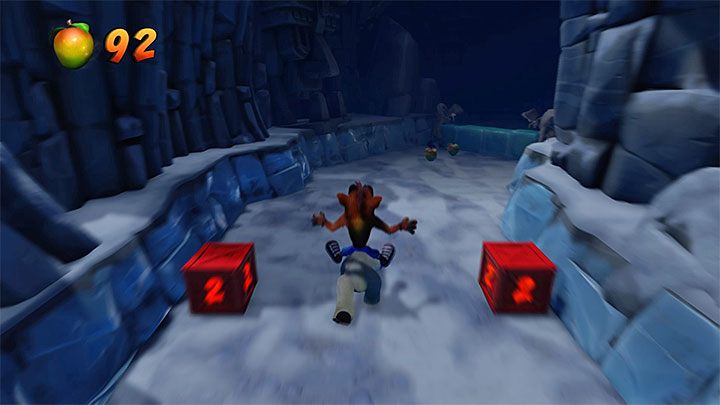 Apart from the long jumps described earlier, this level won't surprise you with anything of note. It forces you to avoid orcas that jump out of the water, TNT crates (the image above - they are located on the sides so run in the middle), or the natives with ice blocks, but you should be already familiar with these threats. Do look around for a create hidden behind one of the totems on the left. Turn into its direction quickly in order not to miss it (alternatively, you could perform a long jump over the air hole and pass the aforementioned totem from the left side)

Traditionally, the level ends with Crash being catapulted to a safe ledge with a portal that ends the stage.