This page contains a detailed description of unlocking the bronze trophy called "Crash Cubed" in Crash Bandicoot 2: Cortex Strikes Back for PlayStation 4. This trophy is awarded for making collecting 99 lives. 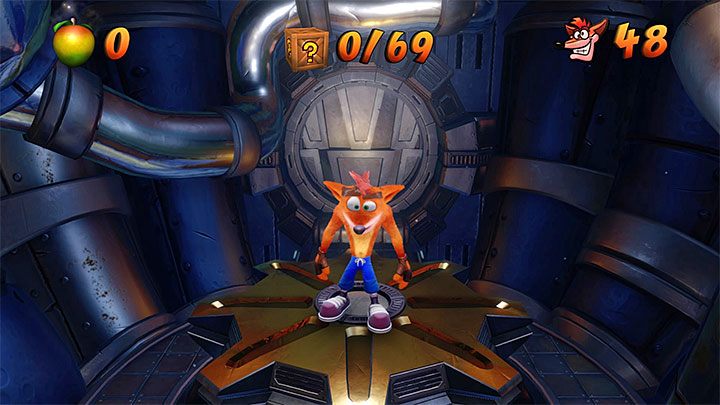 The current number of lives can be checked by pressing Triangle while playing or by selecting the load and save menu (L2).

New lives can be gained by:

Here' s a few tips on how to unlock this trophy: 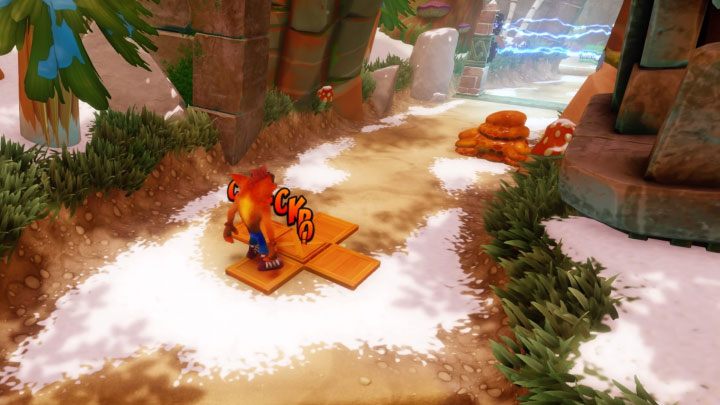 The missing lives can also be acquired by "deception". Start the Bee-Having level from the Alpine Warp Room. In this level, you can run across nests with groups of five bees in them. Move through the initial areas of this stage and stop once you reach the checkpoint shown in the picture. There, the big nest neighbors a gate with electrical discharges. Position Crash precisely between the nest and the gate.

The key to success is to launch attacks right after bees start to fly out of the nest. Perform the Slide attack towards the nest (Circle) and then launch the Spin attack right after (Square). Both actions should get rid of the bees without the risk of Crash dying (if you fail, there is a checkpoint right next to you, anyway).

Every group of bees that you defeat leaves an extra life. Repeat the process described above until you collect the number of lives required to unlock the trophy.