This page contains a detailed description of unlocking the bronze trophy called "Mech Wrecked" in Crash Bandicoot 2: Cortex Strikes Back for PlayStation 4. This trophy is awarded for defeating the final boss in the game - doctor Neo Cortex. 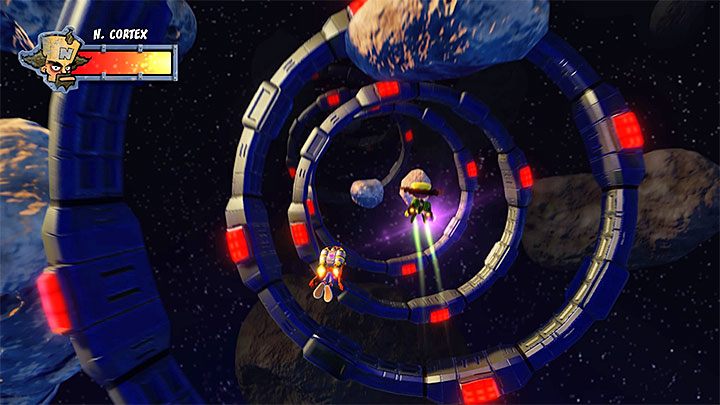 The fight with doctor Neo Cortex resembles a race because he will be constantly running without attacking Crash. Another important information is the fact that you can't let Neo Cortex run away with the crystals or you will lose the battle. Luckily, you'll have plenty of time to catch him.

This level puts great emphasis on making flawless flights with the use of a jetpack. While flying, try to notice small asteroids and mines early and then move to the sides or up/down to avoid collision. Hitting such an obstacle doesn't cause death but gives Cortex time to get an advantage and potentially get away. 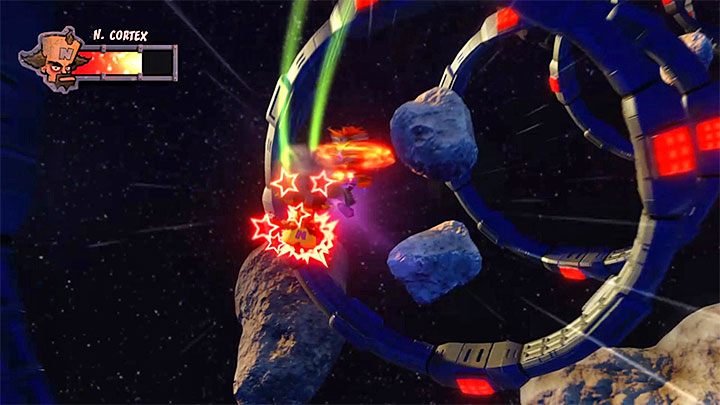 Crash will be slowly approaching the escaping Cortex. When you're right behind him, quickly press Square to launch the Spin attack. If it succeeds, the boss loses one health point (the above image). To complete this stage, you need to attack Cortex this way three times.