This page contains a detailed description of unlocking the bronze trophy called "Mech Wrecked" in Crash Bandicoot 2: Cortex Strikes Back for PlayStation 4. This trophy is awarded for defeating the fourth boss in the game - Nitrus Gin. 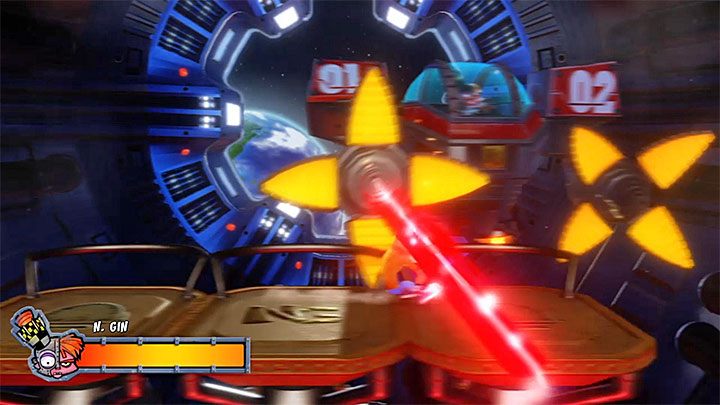 The battle against Nitrus Gin consists of three main phases. In each one, you have to damage his flying mech.

In the first phase of the battle, the boss uses a laser and moves to the side. The laser beam travels like a sine wave. Don't try to jump over it but perform the slide attack at the right moments. 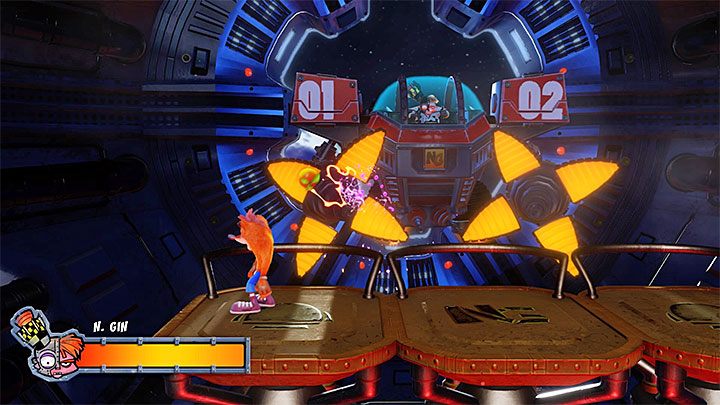 You have to use apples to attack the boss. You have an unlimited supply of them. You throw them by pressing Square. By default, the mech is immune to apple attacks, the only exceptions are situations when its weapons "open up". In the first phase of the battle, try to aim at the large yellow fragments. You can count on the best efficiency when you avoid the red beam fired by the mech. Start running in the boss' direction and keep throwing apples at him. 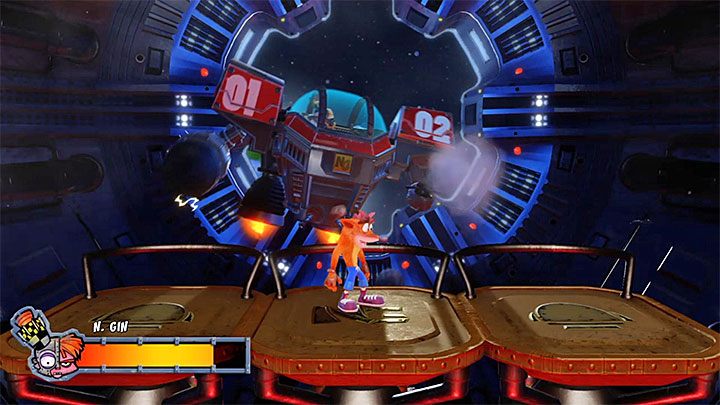 Once you've damaged it enough, one of the mech's cannons is destroyed. Nitrus Gin won't alter his attacks so keep relying on slide attacks. Destroying the second laser gun ends the first phase of the battle. 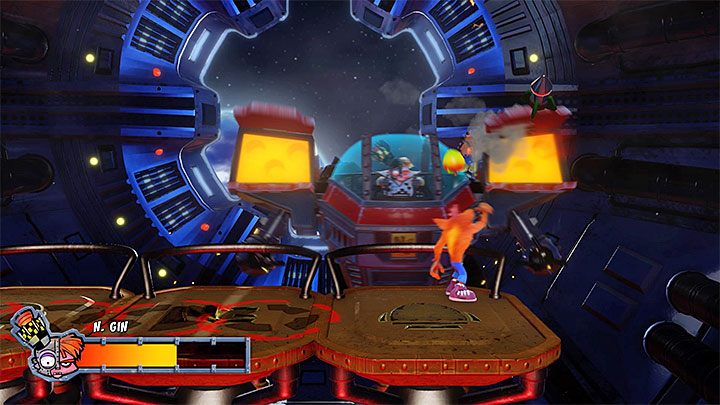 In the second phase of the fight, Nitrus Gin relies on rocket attacks but they are easy to dodge. Pay attention to the red targets that appear on the platform and quickly run to its safe end (left or right). Then, simply wait until the boss stops firing.

Just like before, you have to look for opportunities to throw apples at the exposed elements of the mech's armor. You can weaken it the fastest by running next to the boss at the moment of a rocket attack because one of the cannons is then vulnerable for a while. 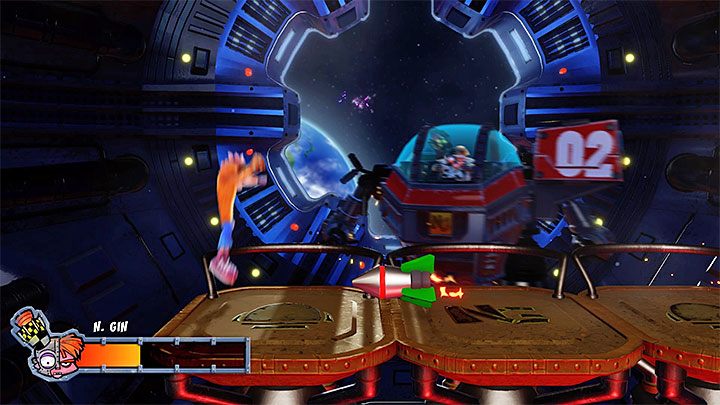 After the mech has lost one of its launcher, its basic attack changes. Nitrus Gin will shoot individual rockets that will fly right over the platforms. Jump to dodge them. When you destroy the second launcher, you move on to the third and last phase of the battle. 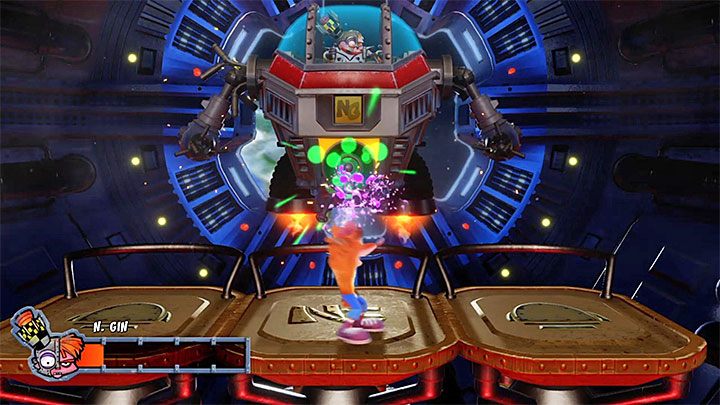 In the last part of the fight, Nitrus Gin will be using the central gun. In this case, aim for the green element shown in the above picture. However, don't launch too many attacks because this could get you killed. Also, quickly jump to another ledge since the once attacked by the boss will soon drop down. 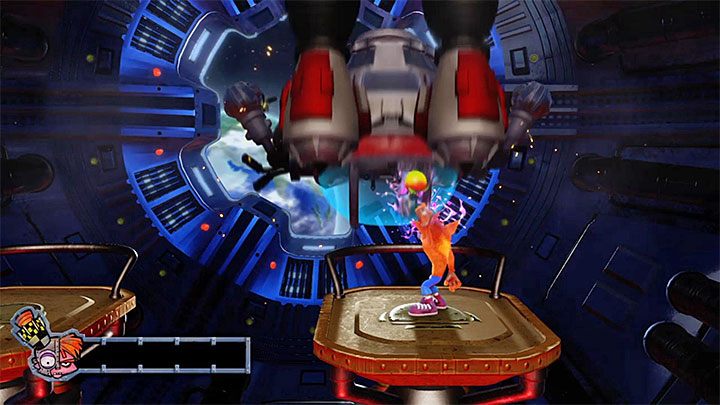 On the new ledge, start throwing apples at the green gun. You should be able to destroy it now, but if you see that you won't make it in time, quickly jump to the only ledge that is left.