This page contains a detailed description of unlocking the bronze trophy called "Tiny Tricked" in Crash Bandicoot 2: Cortex Strikes Back for PlayStation 4. This trophy is awarded for defeating the third boss in the game - Tiny Tiger. 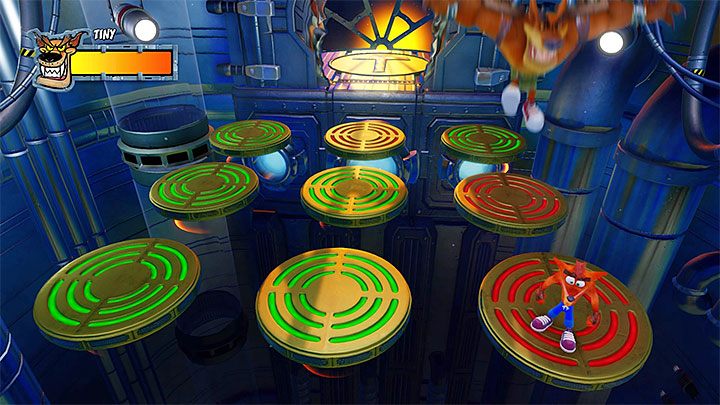 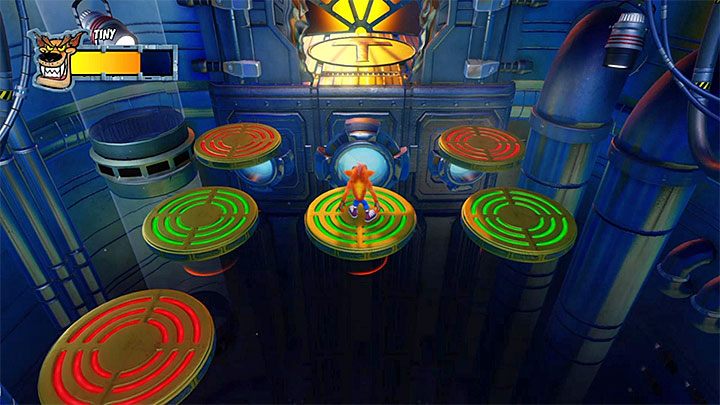 This fight takes place on nine floating platforms. By default, each one is marked in green, which indicates that they are safe. Start jumping to the subsequent platforms. Make no delays because Tiny Tiger will chase Crash and repeat all of his jumps.

At some point, several platforms will start to blink red. This indicates that they will soon drop down. Stay on one of them (image 1) and jump off it at the last moment. Tiny Tiger will ignore the warning and fall into the precipice with the platform and thus lose one health point.

Attention - This isn't everything. Several other platforms will also fall into the precipice. In the first part of the fight, only three platforms remain fully safe so get to one of them as soon as possible (an example on the image 2). 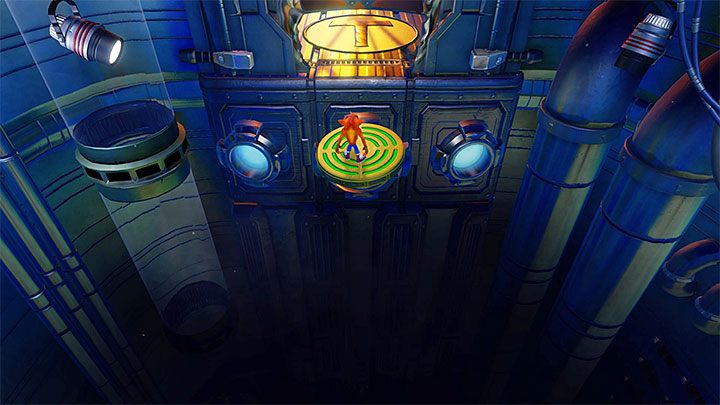 There are two phases left until the battle is over. They are very similar to the one described above. Jump on platforms until some of them start to pulsate. Then, stop and make the boss fall into the precipice. Next, run to one of the safe platforms. In the second part of the duel, there are just two safe platforms left, while the last one offers just one (an example on the above picture). When Tiny Tiger loses three health points, the duel is over.