This page contains a detailed description of unlocking the bronze trophy called "Professor Pulverized" in Crash Bandicoot 2: Cortex Strikes Back for PlayStation 4. This trophy is awarded for defeating the first boss in the game - Ripper Roo. 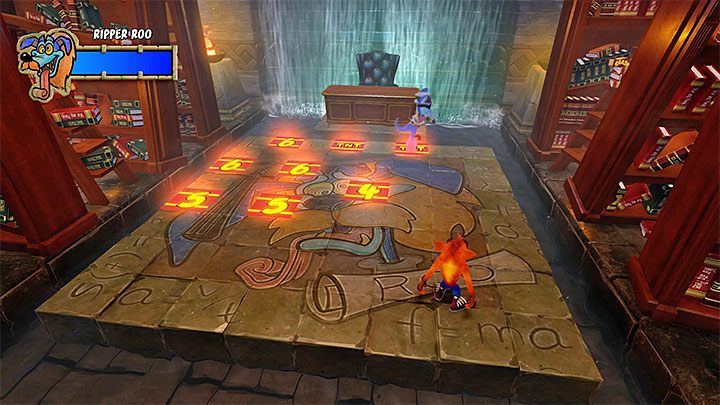 The fight with Ripper Roo is divided into three main phases, each consisting of two lesser parts. In the first part of the battle, you have to avoid the TNT charges planted by Ripper Roo. When the boss starts placing them, move to the farthest corner (obviously, avoid contact with Ripper Roo) and wait until they're detonated. 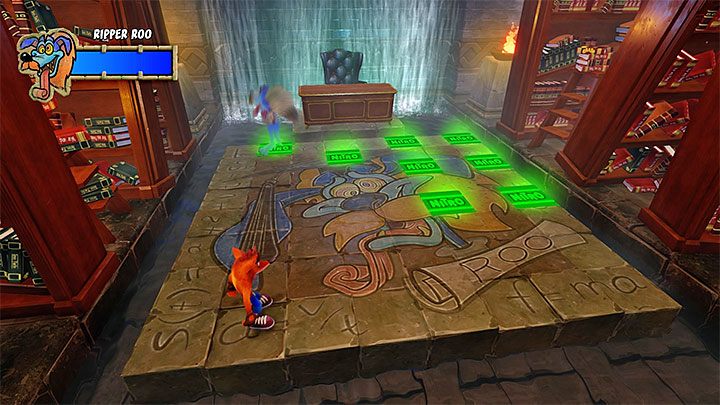 In the second part of the fight, you have to avoid the nitroglycerin charges. The difference between them and the TNT is that you can't step on them at all because they explode immediately (not when the countdown is over). Like before, try to find a safe corner. 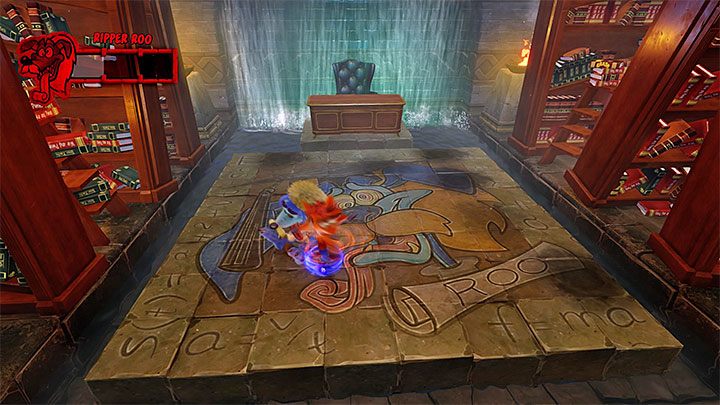 Once the nitroglycerin charges have been detonated, Ripper Roo will be temporarily stunned. Use it to run up to him and launch the Spin attack (above image). This takes one energy point from him.

The next two phases of the duel are identical to the ones described above, so you have to avoid TNT and nitroglycerin charges. The only change is that it will be harder for you to keep a safe distance from the explosion. In the case of the TNT charges especially, position Crash in the spot where Ripper Roo planted the last of his traps. Once a series of explosions starts, run to the places with no TNT left. Taking three energy points from the boss ends the fight.