In this chapter you can find information about the fight with Tiny Tiger in Crash Bandicoot 3: Warped which is a part of Crash Bandicoot N. Sane Trilogy collection. The same boss is in the second part of the series, however, this fight is completely different than the last one. The fight itself isn't difficult although avoiding all Tiny Tiger's "sidekicks" may not be possible during your first try. 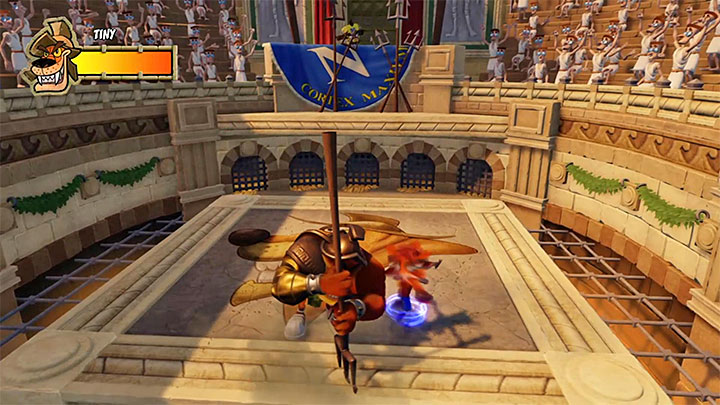 When begin the fight with Tiny Tiger you must start avoiding his attacks. The boss keeps jumping around the arena and you must do the same with Crash. Keep doing it until the boss tries to use his trident and hits the ground with it. The weapon gets stuck in the ground (the picture above) and you get a chance to weaken Tiny Tiger. Run to the boss and quickly use the Spin attack to deplete his first health point. 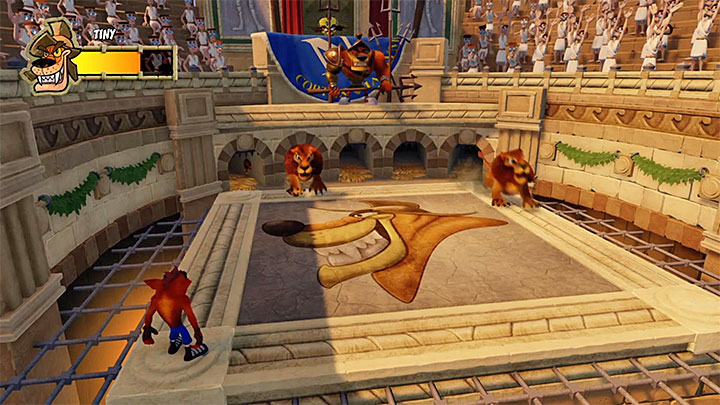 After that Tiny Tiger escapes from the arena but he starts sending smaller animals on Crash. Try to prepare yourself by placing the hero in the bottom left (the picture above) or bottom right corner of the arena. 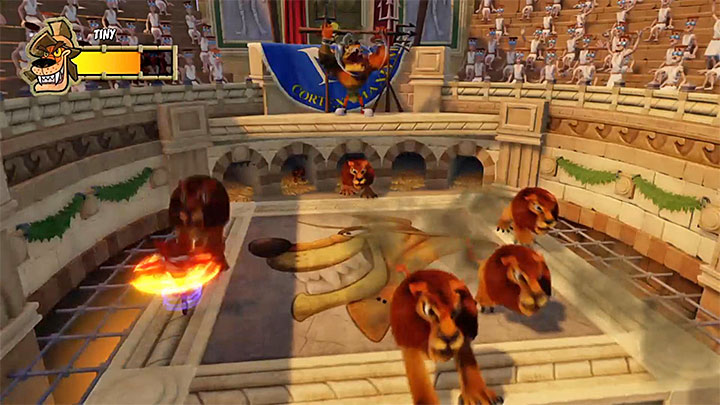 When you notice the running tigers you shouldn't move from where you are standing because they can slightly change their path and catch Crash in order to eat him. Stay close next to either left or right edge of the arena and use the Spin attack whenever an enemy gets closer to Crash (an example is in the picture above). You must kill 4-5 tigers before the sequence ends by itself.

The later part of the battle is the same so you should wait for a chance to hit Tiny Tiger with the Spin attack and avoid smaller tigers alternately. Depleting three health points allows you to defeat the boss.

Warning - When you win the fight you must pick up a reward that will appear next to the defeated boss. That reward is a new ability called Super Charged Body Slam which allows you to hit ground with greater force after performing a jump. In order to use it you must press Circle when the hero is at the highest point in the air.