Note - It is best to play this stage twice. The first time to smash all the crates and obtain the violet crystal. The second time around, focus on reaching the secret portal. It is at the end of the stage, which is why you will have to complete the cub ride again.

This stage is very similar to Bear It from the previous portal room. Also here, you will have to ride on the cub and avoid various obstacles along the way. In this stage, there are several new traps and additionally, to smash all the crates, you will have to exercise good reflexes in several spots. 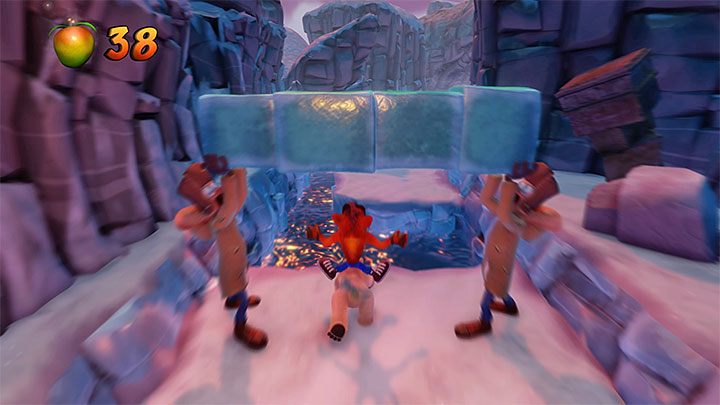 Soon after the ride starts, you will have to jump over a larger reservoir, so make sure that you hold down the jump button and take the jump at the last possible moment. As an alternative, you can try following the game's suggestion, i.e. press the boost button before the jump to accelerate.

Slalom around totems and killer whales. Also, watch your step when you will have to take either two short jumps over the ice holes, or a long one. Also, new types of opponents appear in this chapter - the locals shown in the above screenshot. They pick up and put down large ice blocks, in turns. Jump over the first obstacle of this type and run under the other.

After one of the longer jumps, turn the cub (in mid-air) towards the left part of the path, thanks to which you will avoid colliding with the TNT crate on the right. Then, perform a quick slalom to smash all of the remaining crates. 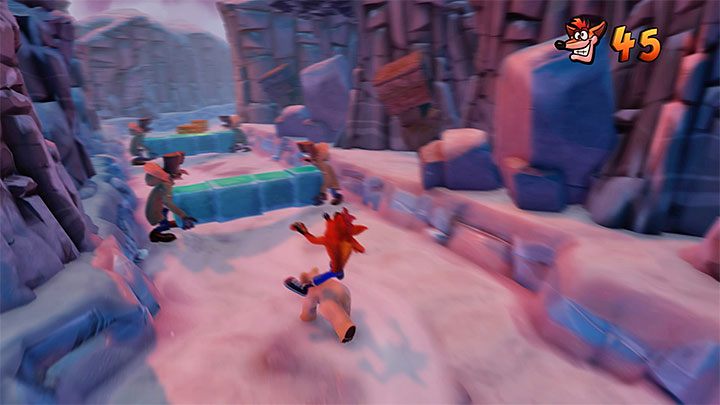 Avoid the seals and another TNT crate on the left. Then, avoid killer whales and locals. A bit ahead, there is the violet crystal on the main path. It is virtually impossible to miss.

Be careful after you reach the spot shown in the above screenshot. There are two groups of locals here, but the first one do not handle the ice block (just to confuse you). You can easily jump over the obstacle. A bit ahead, there is a patch of ice and, right after you smash the first crate, you have to try to steer right, thanks to which you will also smash the other crate.

Towards the end of the cub ride, jump over the two green crates and run under the ice block. The cub will launch you into the air. After you land, hit the crate with the exclamation mark to smash all of the crates that you have missed. 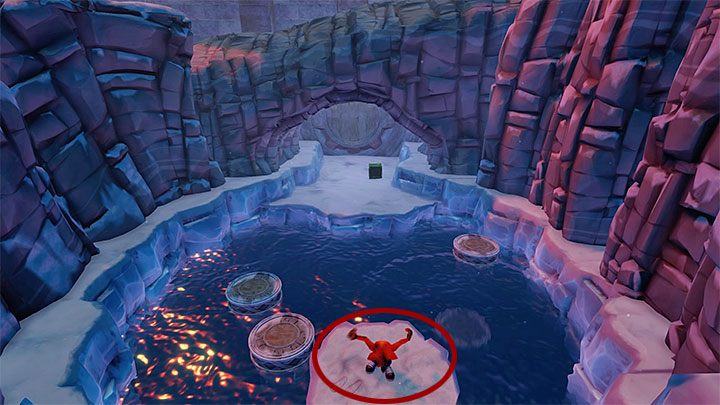 You can now go to the portal ending the mission and jump between the floating platforms at the bottom of the screen (Note - they submerge!). After you reach the ledge shown in the above screenshot, you will unlock the secret portal to the locked part of Air Crash. For using the portal, you will also be rewarded with Island Hopping trophy.