After Crash Dash, this is the next mission where you have to escape from the rolling stones. This time, there are even more traps to avoid here and in the case of some of them, you will have to use perfect slides. Also, you may have some problems reaching one of the optional areas with crates. 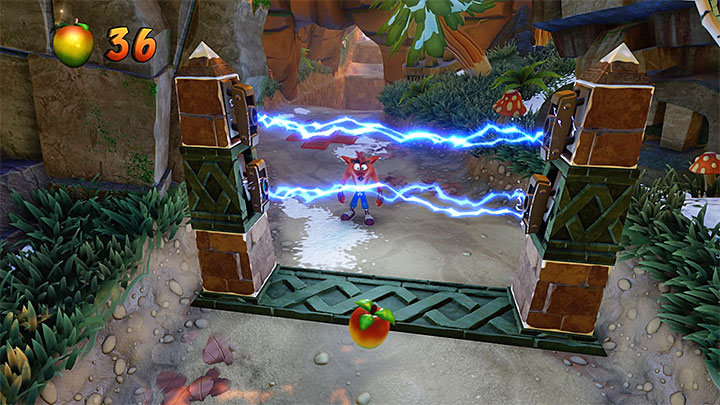 The first escape from the stone will start right after you leave the starting tunnel. Just like in Crash Dash, jump over the chasms and try to avoid mines, because each time you fail, you will be a step closer to being crushed.

Soon after you go past checkpoint, you will run into an electrified dam for the first time, shown in the above screenshot. Do not attempt to go around this type of obstacles, nor jump over them. Instead, you have to use slides that you activate with Circle. 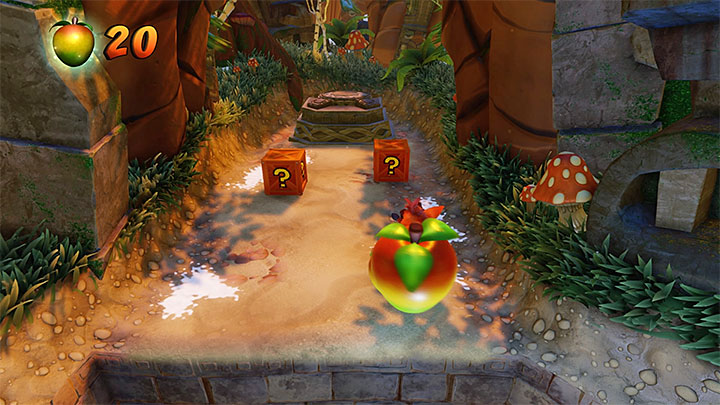 Soon after you get past the abovementioned obstacle, you will reach a spot where you can explore the upper, optional path. Go there and slide to avoid the first dam. The second one is much more troublesome, because there is a chasm behind it. You have to slide again and, right past the dam, press the jump button (before the slide ends). If you have gotten it down, you will get to the location shown in the above screenshot. Smash the two crates here and stand on the round platform that will take you to a fork and let you follow the main path.

Soon, you will get past the second checkpoint and this is where the second escape starts. While escaping, you will have to slide again, whenever you encounter an electrified dam. Apart from that, in several spots, you will run into green nitroglycerine crates, where you have to keep a safe distance. 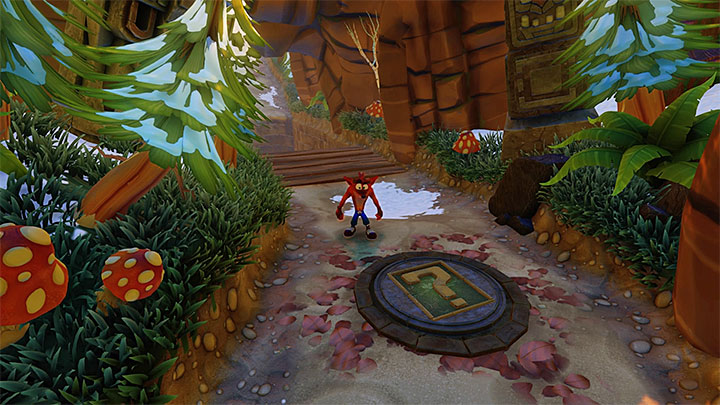 Right after the second escape, you will reach a clearly visible plate with the question mark (the above screenshot). Standing on the plate will start the bonus round. During the round, slide and jump to get to the ledge on the right, in the area with lots of apples. Destroying the remaining wooden crates is very easy. 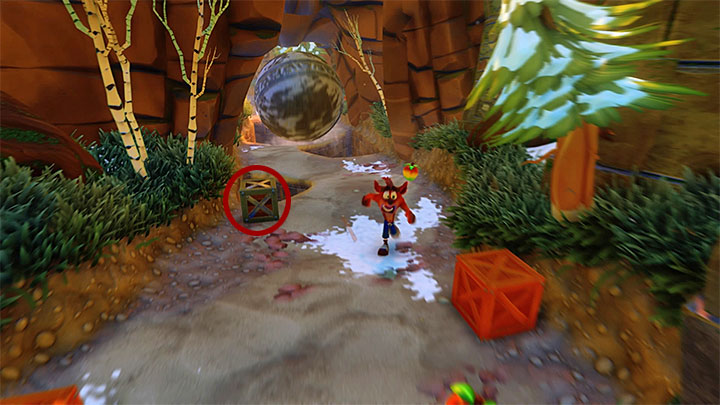 After you return to the main path, start running and collect the violet crystal from the left side of the screen. Soon, the last run will start which is no different than the previous ones. Consider swerving around the third green plate that speeds you up, because there is a chasm right behind it and you may not be able to press the jump button that quickly.

When it comes to the rest of the green plates, you can well use them, because this will win you some time for smashing crates up ahead. Pay special attention to the crate shown in the above screenshot, which you have to body-slam onto (Circle in mid-air). After a while, you will reach a chamber with portal in it which ends this stage.