The chapter below is dedicated to one of the boss encounters seen in Crash Bandicoot 2: Cortex Strikes Back as seen in Crash Bandicoot N. Sane Trilogy. Ripper Roo is the first boss encountered in the game (the character also appeared in the first installment of the series) - the encounter takes place after you've managed to acquire all violet gems found during the first five stages and is a pre-requisite to unlocking the second warp room. 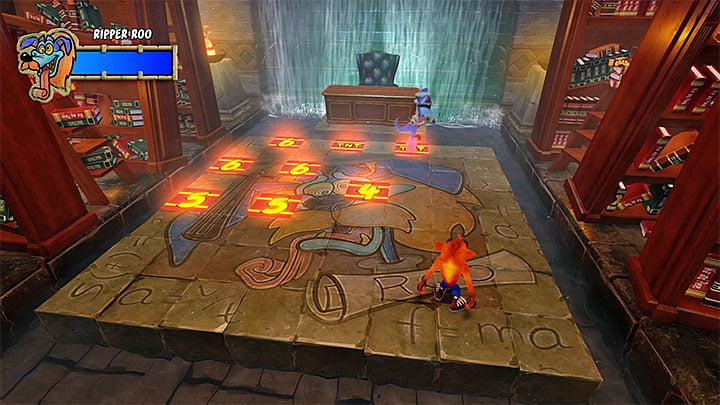 The encounter is divided into three separate phases, each consisting of two lesser ones. Begin by staying out of range of the TNT charges placed by Ripper Roo. When the boss starts placing the charges, move to the most remote corner (avoiding contact with the mobile boss) and wait for the charges to detonate. 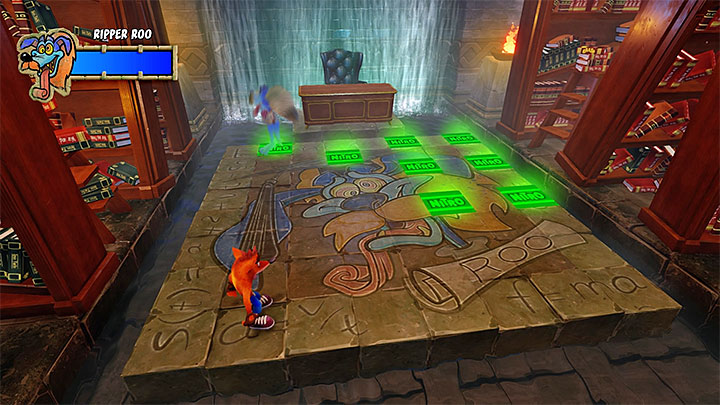 The second phase is pretty much the same, and sees you avoid nitroglycerin charges. The main difference between the previous phase is the fact that you cannot touch any of the crates as they will explode on contact. As previously, try to find a safe area next to one of the corners. 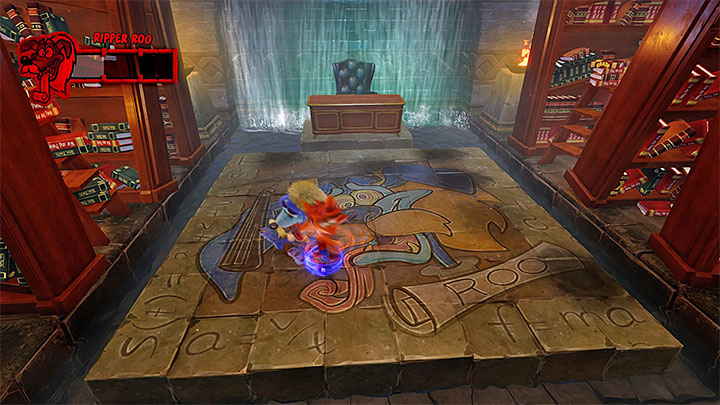 The detonation of the nitro crates will incapacitate your opponent for a short while. Use the opportunity to come closer and use your spin attack (screenshot above). You'll dispose Ripper Roo of 1 energy bar.

The following phases of the encounter play in a similar matter as the first one - survive the detonation of both explosives. The difficulty level will increase - you'll find it harder and harder to survive the explosion. The charges detonate in a sequence - make your way to the initial blast area as it should be clear by the time of your arrival. Disposing the boss of all three bars ends the fight and rewards you with a bronze trophy - Professor Pulverized.