This short level begins automatically after initiating Crash Bandicoot 2: Cortex Strikes Back, and serves the role of a short tutorial that will introduce you to basic controls. Remember that you cannot revisit the prologue after completing it. Fortunately, the stage doesn't hold any gems or other valuable items. 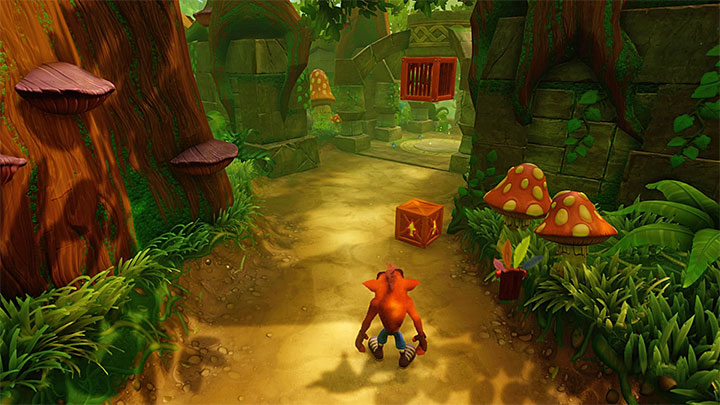 Follow the path ahead and destroy encountered chests. The path is infested with armadillos - you can simply bypass them and continue moving forward, jump on them, or destroy using your spin attack or belly flop. In this case, avoid using your spin attack as there is a chest at the end of the stage (shown on the screenshot) that can only be reached if the chest below (chests marked with an arrow serve as springboards) will remain intact - the chest often gets destroyed during an attempt to get rid of the armadillo through your spin attack.

You'll find yourself in the first Warp Room. Listen to a message from Dr. Neo Cortex and jump into one of the portals. The guide lists the stages in the same order as in the Warp Room.