In this page you can find a detailed description for unlocking a golden trophy called "Cortex's Crazed Contest" in Crash Bandicoot on PlayStation 4. You get this trophy by finding a key in Sunset Vista level. 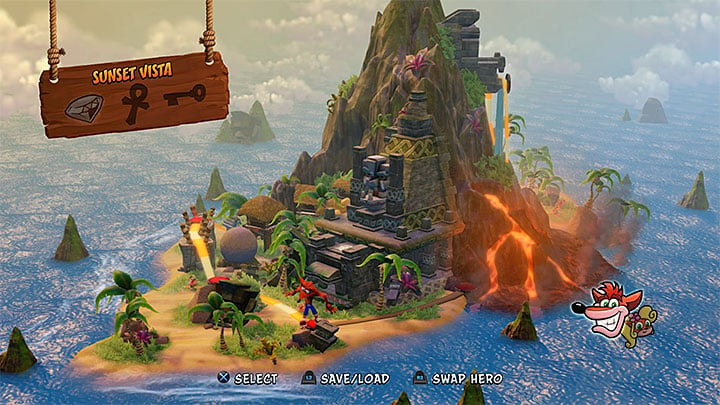 Sunset Vista is one of levels available in Wumpa Island (the picture above). In order to get his trophy you need to find all 3 Neo Cortex tokens, use a portal that takes you to a bonus round connected with those tokens and complete it by destroying all chests. 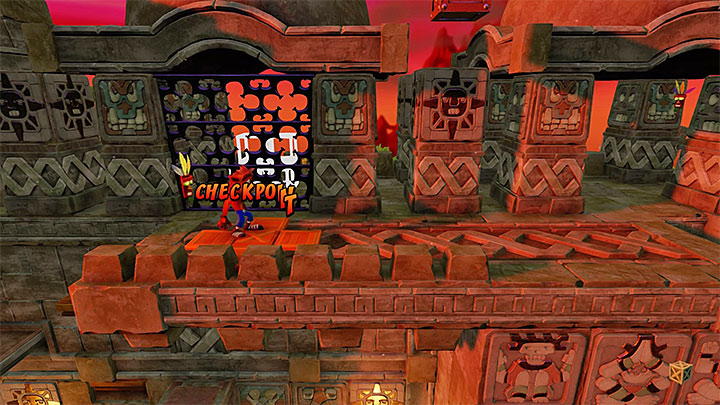 The first token can be found shortly after reaching the checkpoint presented in the picture. On the right you can see a jumping lizard that you must eliminate by jumping on it. This unlocks chests in the background (previously you could only see their outline). Move into background, turn left and reach those chests. The token is inside one of them. 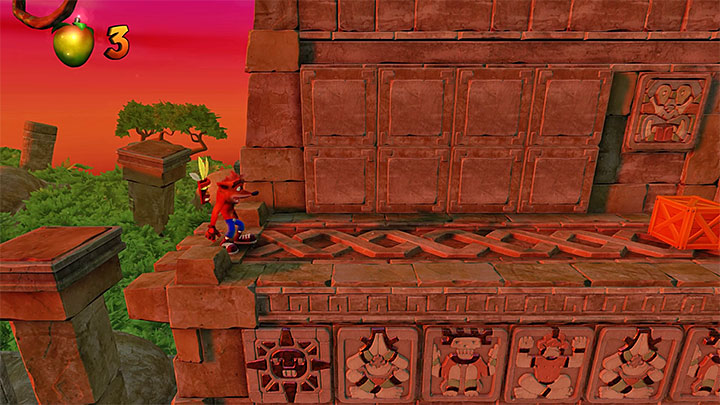 The second token can be acquired shortly after reaching the place presented in the picture. Here, you must avoid stone blocks coming out from the wall but, while you are moving right, you must focus on jumping on two wooden chests. After bouncing off of the second one you can reach a token high in the air. When you do this you must immediately start jumping on the upper parts of the coming out blocks and head right to leave this dangerous place. 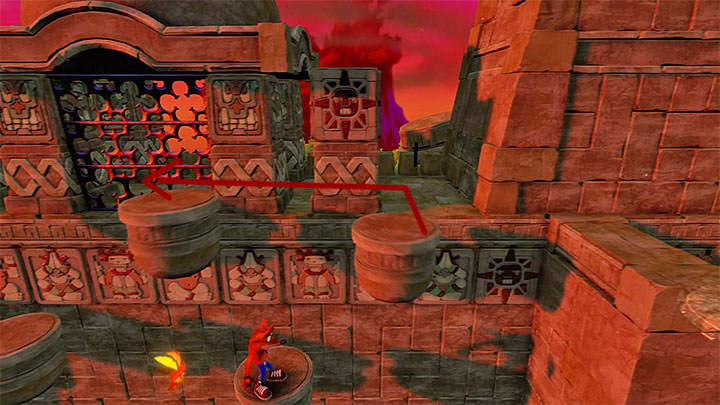 The last, third, token can be found after reaching the part of the ruins that has three groups of levitating platforms. Jump on a platform from the first group and then on one of the objects from the second group. However, don't perform new jumps to the right. Instead you must jump into the background in the place presented in the picture. Then, head left and take the third Cortex's token.

You can now return on the main path and use the nearby portal that takes you to Cortex's bonus round. This secret level requires you to destroy 23 chests. Many of them are explosive which means that when you find one you must immediately head right because when they explode you lose ground under your feet. You get the trophy after you complete the stage and see the summary. As for the key it unlocks a Whole Hog bonus stage but you don't have to complete it to get this trophy.