The High Road is another take on stage Road to Nowhere on the second isle. It is just as frustrating, because it requires you to travel over severely damaged drawbridges, where each wrong step equals death. The oly upside is that you can make it easier for yourself, by traveling over ropes, just like earlier. 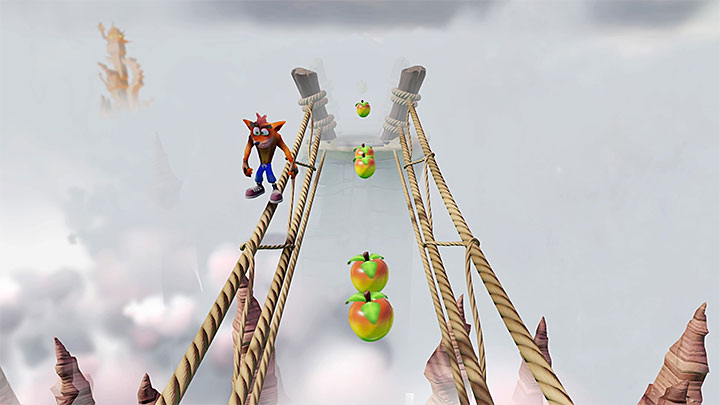 After the stage begins, go down. Here, you can jump over onto the invisible wooden planks (the will appear in twos) or make it over the ropes (shown in the above screenshot) to reach the ledge with several crates that you can smash. After that, follow the same path back to the starting point and head towards the finishing line.

You will encounter problems nearly immediately, because you will have to deal with dark-brown planks falling off, which you should treat as if they weren't there, as well as blue ones that Crash can slide over. Once again, it should be noted that you can walk over ropes and avoid taking risky jumps, thanks to this.

On this stage, you also encounter hogs and just like in Road to Nowhere, you aren't supposed to attack them. Instead, walk around them over ropes, or jump over them after they come close. 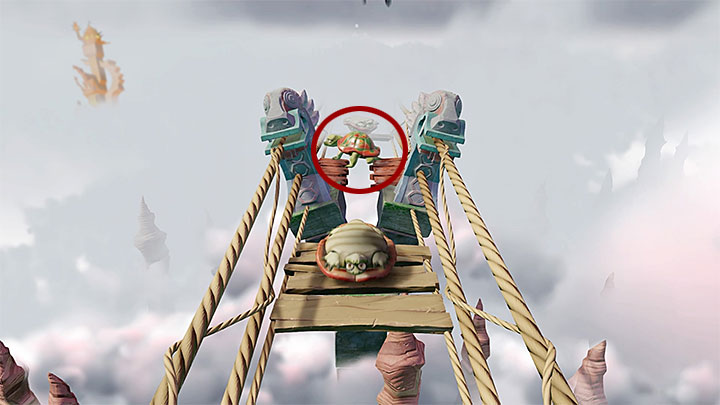 After you reach the wall consisting mainly of metal crates, smash the obly wooden one and jump through the small opening at the right moment. On the next bridge, you will encounter tutles for the first time. If you do not want to use the ropes, you will have to bounce off the majority of the turtles, because this is the only way to take long jumps over larger chasms.

Note - If possible, it is best to test-jump onto one of the turtles, thanks to which it will roll onto its back, defensless. After this happens, you will be able to bounce off it as many rimes as you want.

After you reach the next checkpoint, you will find the first token with Tawna's image. As you proceed, note the turtle circled in the above screenshot. It walks over cracked planks, but you can jump onto it and bounce off, because the planks will bear additional weight. 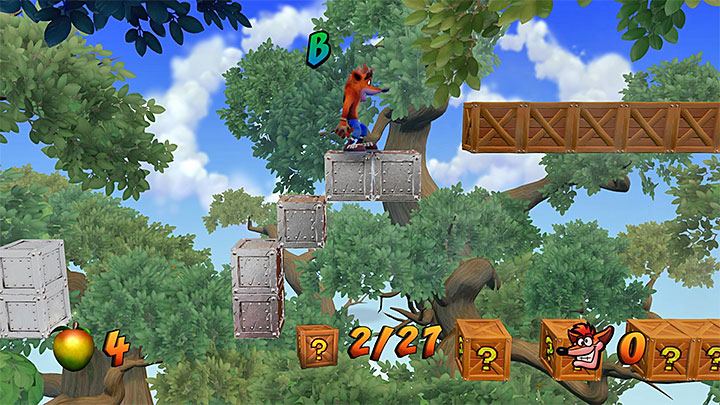 Continue along the path and find Tawna's second token, by th next checkpoint. Soon after you get there, you will find several turtles on their backs, where you will have to either walk over the ropes, or take perfect jumps between them, because the row is intermittent with chasms.

Soon, you will reach the crate with the last token. Next to the crate, there is the portal to Tawna's bonus stage. The most difficult part of that stage has been shown in the above screenshot. First, you have to jump over crates above, but land on every second one. After you have reached the end, turn back and jump onto the crates above that you have been leaving out earlier. Finally, jump over the lower crates that you have been ignoring so far (ones with question marks). For completing the round, you will receive 2 extra lives.

The final part of this stage has toy take long jumps again, towards the turtles on their backs, or cross over the ropes. Also, watch out for the slippery blue planks at the very end.